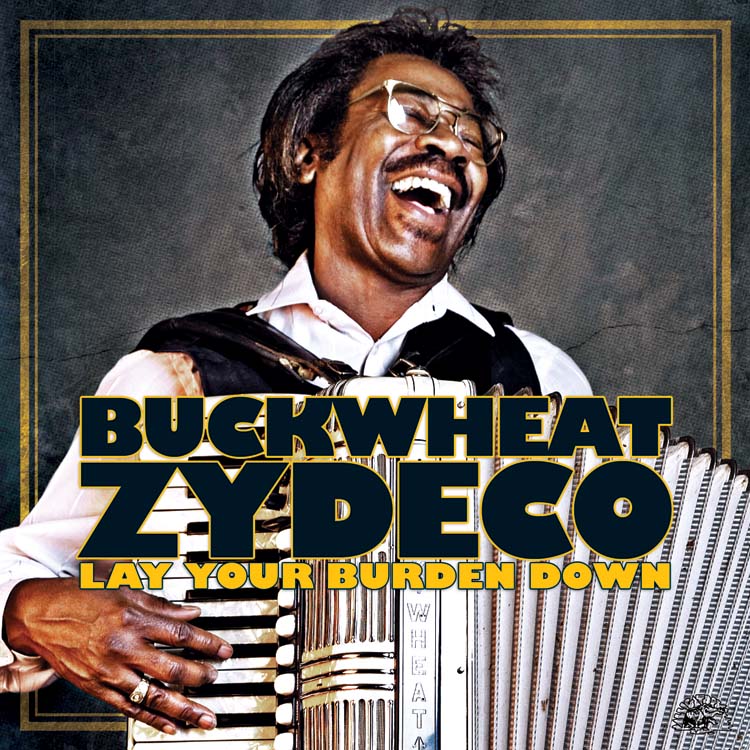 Lay Your Burden Down

with:
Troy “Trombone Shorty” Andrews: Trombone
Steve Berlin: Baritone sax
JJ Grey: Background vocal and Wurlitzer piano on “The Wrong Side”
Warren Haynes: Guitar on “Lay Your Burden Down”
Sonny Landreth: Guitar on “When The Levee Breaks” and “The Wrong Side”

Special thanks to Steve and Cezanne (Wish) Nails of Dockside Studio, proprietors and gracious hosts.

Lay Your Burden Down marks a multiple milestone for Buckwheat Zydeco, the great band led by accordionist Stanley “Buckwheat” Dural, Jr. Deeply rooted in Dural’s heritage—the dance music of South Louisiana’s black, French-speaking Creoles—Lay Your Burden Down also shines as Buckwheat Zydeco’s most ambitious, eclectic and contemporary recording to date. This inspired blend of homage and innovation befits a Louisiana legend who brims with youthful energy as he celebrates his band’s 30th anniversary.

Dural started his career as an R&B organist, and then spent two years with accordionist Clifton Chenier before forming Buckwheat Zydeco in 1979. Besides learning zydeco from Chenier, its universally acknowledged king, Dural also absorbed his mentor’s maxim that music with real substance must be based on real-life experience. “I like to hear something with ideas,” Chenier once told this writer. “See, a lot of young people don’t understand that, they cut a record but they don’t tell a story—and you know why? They ain’t got no story to tell, ‘cause they ain’t been through nothin’.”

Dural is bursting with ideas, and, with three decades on the road, he has been through plenty. So, of late, has his beloved Louisiana. Lay Your Burden Down reflects that long journey with tales of travail and resilient optimism alike. Consider his powerful rendition of “When The Levee Breaks,” by Memphis Minnie and Kansas Joe McCoy, which described the Mississippi River flood of 1927. When Led Zeppelin popularized this song decades later, who imagined that it might again have topical relevance? Then came hurricanes Katrina, Rita, Gustav and Ike, battering the Gulf Coast, including Dural’s hometown of Lafayette, Louisiana. With special guest (and former Chenier band mate) Sonny Landreth on guitar—and Dural on Hammond B3 organ—the band delves into the breached levee’s ominous, roiling depths. Then Dural picks up his accordion and leaps into an upbeat two-step that celebrates Louisiana’s life-affirming, jazz-funeral philosophy of renewal.

Another great guitarist, Warren Haynes—of the Allman Brothers Band, and Gov’t Mule—trades licks with Dural and lays down an impassioned solo on the soulful title track. Haynes’ original composition, “Lay Your Burden Down,” underscores this album’s theme of redemptive hope vanquishing adversity. There are also heartfelt songs by such diverse writers as Bruce Springsteen, Jimmy Cliff and Captain Beefheart, and Dural puts his personal stamp on them all. (Zydeco has always been a stylistic hybrid, from Chenier’s Creole French covers of Louis Jordan hits to Buckwheat’s reggae romps to recent experiments with hip-hop, so the selections here extend that path of tradition.) What’s more, JJ Grey’s “The Wrong Side” mirrors Dural’s hardscrabble childhood and prodigal-son relationship to Lafayette so closely that it sounds like he wrote it himself. But Dural did in fact write or co-write nearly half of this album’s songs, from the reflective “Time Goes By” and the poignant “Don’t Leave Me”—with a great solo by New Orleans’ brilliant young Trombone Shorty—to the positive-message blow-out “Ninth Place.”

All the members of Buckwheat Zydeco are in top form here, as is the masterful producer and baritone saxophonist Steve Berlin, who also produced the band’s Five Card Stud back in 1994. Lay Your Burden Down pulses with music that tells a story, music that has been through something. Since it’s zydeco, this fine new album will naturally get feet to moving. But Lay Your Burden Down speaks with equal eloquence to the head, and the heart.

–Ben Sandmel
Ben Sandmel is the author of Zydeco!, with photographer Rick Olivier, who shot this album’s photos. Sandmel is also the producer of The Hackberry Ramblers’ Grammy-nominated Deep Water. He is currently writing a book about the New Orleans R&B singer Ernie K-Doe. 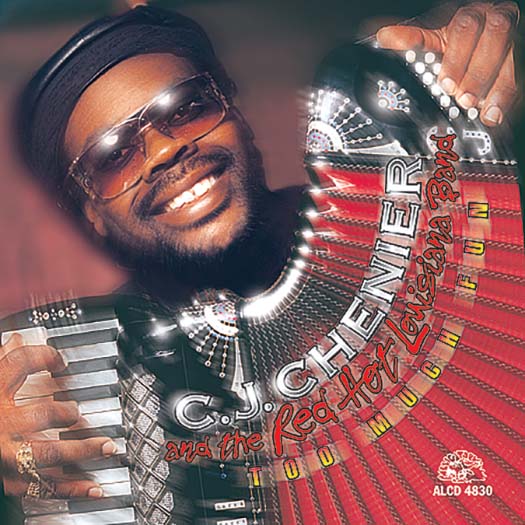 C.J. Chenier
Too Much Fun 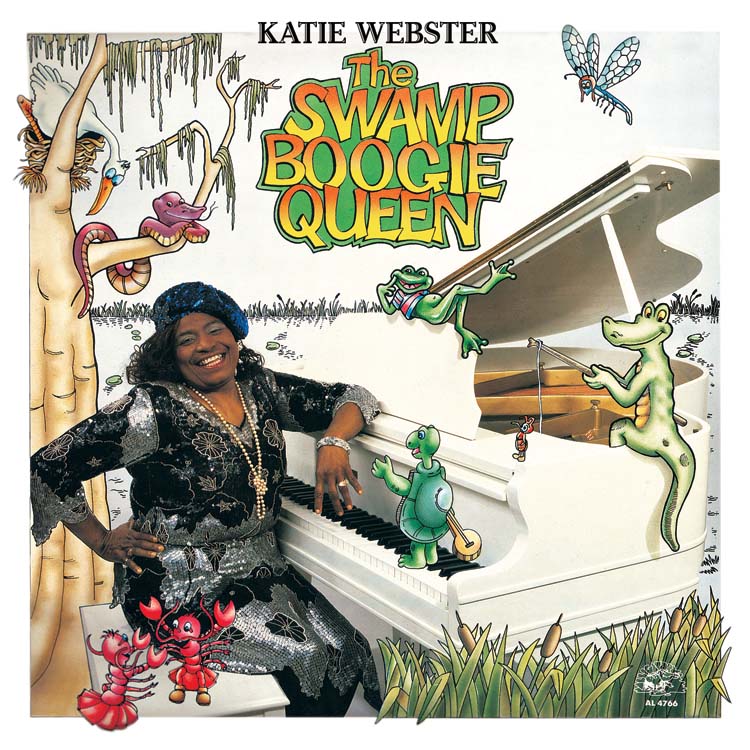 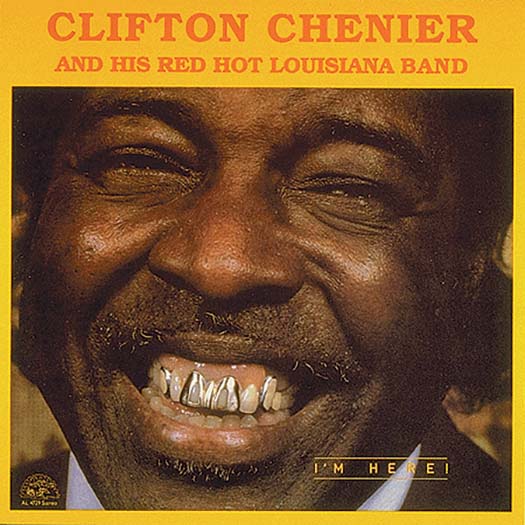 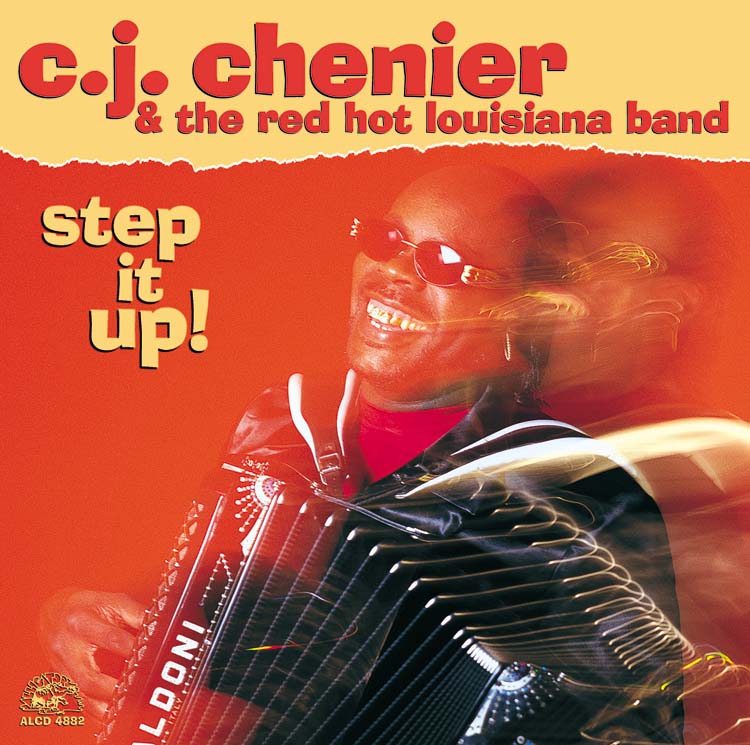 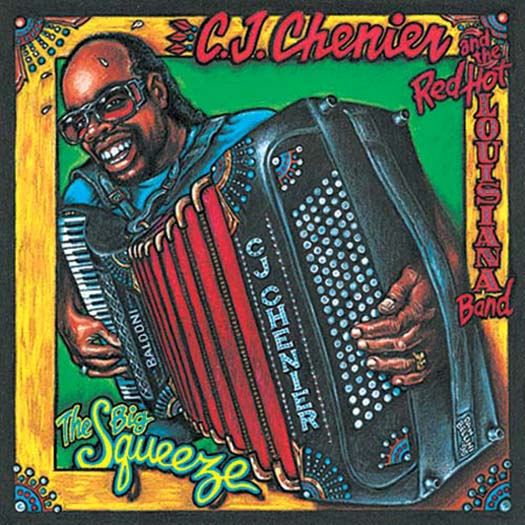