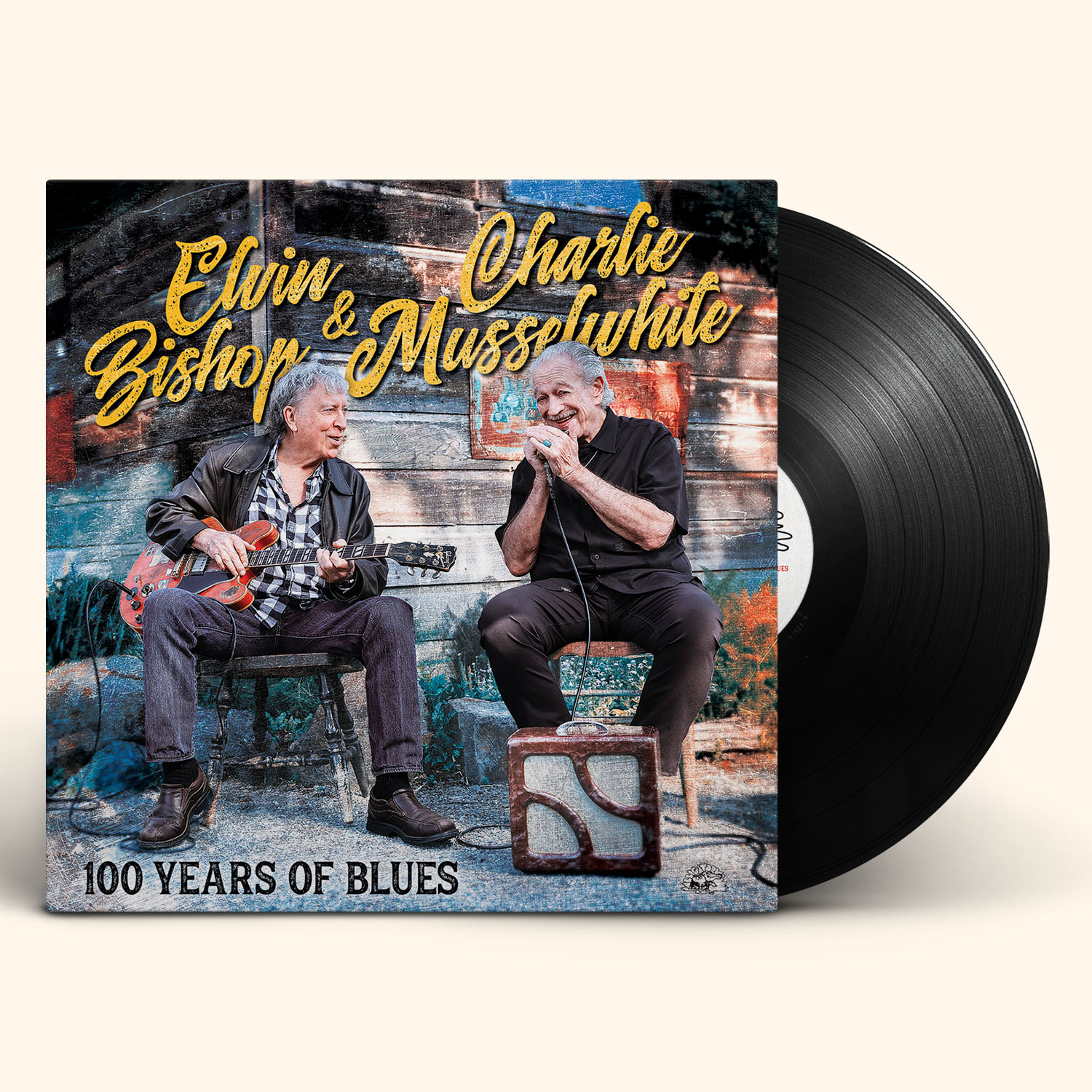 Elvin would like to thank: my wife and daughter, Cara and Emily, for their support, Chris Hansen, Jack Randall, J.P. and Bruce Iglauer for his advice and encouragement—and thanks to Charlie, Bob and Kid for a great job.

Elvin Bishop is booked by Jack Randall at the Ted Kurland Agency, jack@thekurlandagency.com

Dedicated to the memory of “Good Time Charlie” Brechtel


With careers that jointly span more than 100 years, it’s amazing that these two masters of the blues, with over 60 albums between them, have never before cut an album together. Their lives have followed parallel courses. Both came to Chicago in the early 1960s as teenagers from down south—Elvin from Oklahoma and Charlie from Tennessee. It was back when, as Elvin puts it, “We landed in Blues Heaven and were able to get in on the Chicago Blues at its peak, when the classic guys were really hitting heavy—Muddy and Little Walter and Howlin’ Wolf and Magic Sam.” Both immersed themselves in the South Side blues scene, Elvin under the tutelage of guitarist Little Smokey Smothers and Charlie under the mentorship of harmonica giant Big Walter Horton and Delta bluesman Big Joe Williams. Both were accepted by blues fans and, more importantly, by the established musicians because as Charlie explains, they were “from down home.”

“It was great the way Elvin and I were not only welcomed but encouraged by the blues giants of the day,” says Charlie. “When I first got to Chicago I was content just to hang out and socialize and listen to the great blues, but when Muddy found out I played harmonica he insisted that I sit in and that changed everything because other musicians heard me and started offering me gigs and boy, did that get me focused. I might not’ve ever had a career in music if men like Muddy hadn’t been so welcoming and encouraging.” The young Elvin was also welcomed onto South Side bandstands, gigging with Hound Dog Taylor, Junior Wells and J.T. Brown.

Both Elvin and Charlie followed the sunshine and moved to the West Coast later in the 60s, embraced by the blues-rockers who played the Fillmore and other rock venues. Charlie had been cutting his own albums since his 1966 debut, Stand Back! Elvin had first become famous as a member of Chicago’s Paul Butterfield Blues Band, and then cut his first album The Elvin Bishop Group, in 1969. Over the course of the next 50 years, they appeared worldwide with their own bands and were welcomed on stage and in the studio by friends like the Allman Brothers, John Lee Hooker, Bo Diddley, B.B. King, Ben Harper and Tom Waits.

They first joined forces in the studio to cut the original version of the song “100 Years Of Blues” for 2017’s Elvin Bishop’s Big Fun Trio. As Elvin recalls, “Charlie and I ended up jamming a few times after we got to California and actually did a tour of Hawaii in the 80s. We always had a good time playing together, but what really got us wanting to do an album together was how well our song “100 Years Of Blues” turned out—it made me realize how much we have in common. The new album all fell together so quickly and easily. We each brought about half the songs and recorded them all in one or two takes.”

“Charlie is the real deal,” says Elvin. “He didn’t learn his licks off of records; he lived them. He’s always himself. And Bob is so versatile on guitar and piano. When you play with people who are real good, it ups your game too. I just did the best job I could.” And Charlie says, “Elvin is always a joy to talk or play music with. I feel we see things pretty much the same and enjoy and appreciate each other’s perspective. Musically it’s like ‘fallin’ off a log’...it’s so easy and it just makes sense.”