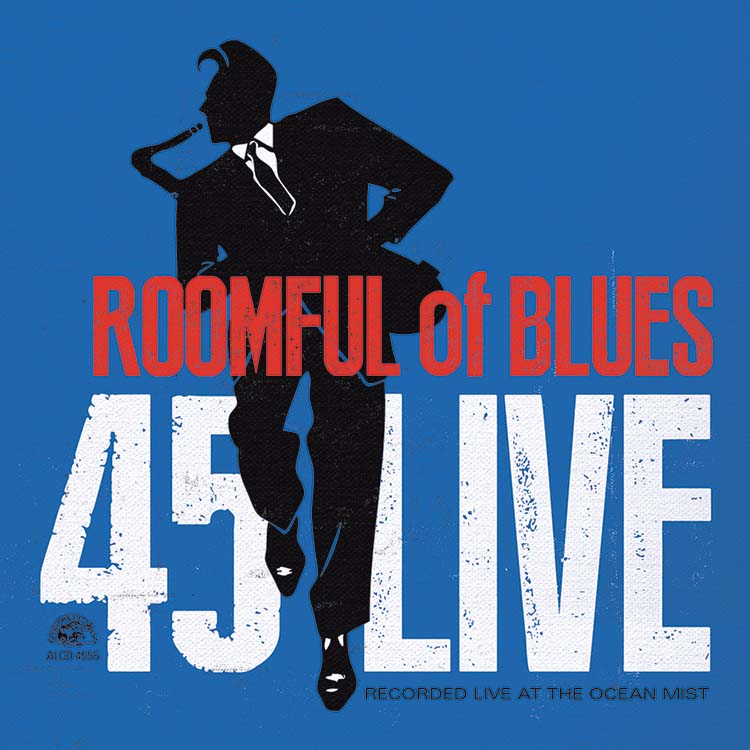 Acclaimed coast to coast and around the world, Roomful of Blues celebrates their 45th anniversary with a live release that captures them at their roof-raising best.  45 Live features smokin’ new live versions of 14 fan favorites for over an hour’s worth of electrifying blues.  The track list includes their best-known originals (Dressed Up To Get Messed Up, Turn It On, Turn It Up, That’s Right!), plus songs previously recorded with blues giants Big Joe Turner, Eddie “Cleanhead” Vinson and Earl King.  The result is a non-stop party powered by scorching guitar, potent horns and booming vocals.

"Doing a live record is a natural for us. The best qualities of this band come out in a live setting. The audience reacts, people dance, and it gives us energy to play at our best," says Rich Lataille, the senior member of Roomful of Blues.

With that in mind, to celebrate their forty-fifth anniversary, the world famous "little big band" from the tiny state of Rhode Island set up on their home turf and let the tape roll. For three nights, longtime fans packed The Ocean Mist club to swing, jump, and journey through the band's vast musical catalogue.

When guitarist and band leader Chris Vachon planned the nights, he chose songs from that forty-five year body of work to showcase this storied band's musical expertise. "I think this is a pretty fair overview of the band's history," says Vachon. "To me, it's always about the song. I went through each record that Roomful had recorded, even the ones I wasn't part of, and tried to pick the most memorable tune from each one."

45 Live is a showcase of this storied band's musical diversity. Vachon's "Just Keep On Rockin'" from 2005's Standing Room Only opens the night with a '40s big band tribute to the dedicated legions of Roomful fans who've traveled to dance with the band. This one song encapsulates the sound of today's Roomful-massive horns, pinpoint guitar, riveting piano, and Phil Pemberton's vocals that, throughout the recording, properly serve each song's unique style.

The most challenging aspect for Vachon and the band was to reinvent songs that Roomful recorded and performed backing some of their musical idols from the golden era of early R&B. "Crawdad Hole" was originally recorded with the mighty blues shouter Big Joe Turner on 1983's Blues Train album; "It All Went Down The Drain" was cut with New Orleans icon Earl King on 1988's Glazed. Both albums were Grammy-nominated. "Somebody's Got To Go" was a song that Roomful performed regularly with the great singing alto player Eddie "Cleanhead" Vinson, though their version was never recorded.

"We hadn't done some of those songs in a long time, so it was pretty cool to re-cut them with Phil singing," says Vachon. "The whole band was trying to recreate the way we recorded and played those songs years ago. I wanted to get the vibe of what we've done, so we tried to keep the horn arrangements pretty close. But some of the voicings might be different because in those days the band used a five-piece horn section."

Other highlights in this tour of American music include Hank Williams' "Jambalaya" from Let's Have A Party, the band's second album released in 1979, Greg Piccolo's "Dressed Up To Get Messed Up" from 1984's album of the same name, Vachon's deep Chicago blues on Magic Sam's "Easy Baby" from 1997's Under One Roof, Pemberton's gorgeous cover of "I Left My Baby" from 1995's Turn It On, Turn It Up and originally made famous in the 1950s when Jimmy Rushing's big voice fronted the Count Basie Band, and the Roomful horns' pure jazz on Lataille's "Straight Jacquet" from 2008's Raisin' A Ruckus.

Almost from its inception, Roomful's signature has been those glorious, swaggering horns. Founder/guitarist Duke Robillard says, "We had the traditional sound from the start. We played material that really sounded like B.B. King's band. Then I found Rock And Roll Stage Show by The Buddy Johnson Orchestra, and I said, 'This is the sound I've got to do.'"

Given the psychedelic and disco times of the early 1970s, their musical direction was met with a certain amount of curiosity. "People just looked at us and wondered what the hell we were playing," says Robillard. Yet their regular Sunday night gig in Westerly, Rhode Island's Knickerbocker packed the club and birthed a local jitterbugging trend. Throughout the 1970s, Roomful of Blues made the beach club become the hip place to be.

But recordings didn't come until much later. It took twelve years of regular nights at the Knickerbocker, plus gigging with Count Basie, and finally the help of legendary songwriter Doc Pomus, to produce Roomful's debut album in 1977. After the band's first two albums, Robillard left and was replaced for almost a decade by Ronnie Earl. When Earl departed for a solo career, Tommy K. assumed the guitar role for three years, during which the band didn't record. Then, in 1990, Vachon's years-long dream was fulfilled when he was recruited by Roomful's saxman and vocalist Greg Piccolo. Chris happily took over the guitar duties, and later became the official leader of the band.

The personnel may have changed, but Roomful's sound has not. "It's hard driving, straight-ahead, swing-influenced R&B-that's how you would describe the Roomful sound," says Lataille, who's logged forty-three years manning the tenor and alto saxes. "Over the years, we continue to delve into a lot of blues genres, from Texas blues to New Orleans-styled R&B to Kansas City jump and swing to straight-ahead Chicago blues. Though we cover all the bases, our mainstay is horn-driven, hard-honking R&B."

Very few bands can keep their original sound relevant and fresh for forty-five years. Roomful of Blues has proved over and over that it can. According to Lataille, the secret is simple. "We still have the love for the music. Over the years, we've had a lot of changes within the group, but everyone who has come in knows who we are and loves what we play."

Roomful of Blues would like to thank the following folks for all their love and support: Molly Jo Rivelli, Chad Brandolini, Yolanda Scott, Emily, Jillian and Bobby Pemberton, Jill and Clive Graham, Ron and Shel Levy and the Weston Family, Diana Annese, Rhonda LeBeau, Katherine, Lydia and William Earley, Steve Baughman, Natalie Brum, Tony Pinero, Matti Nevalainan, Steve Farkas, Melissa Woolverton, Dawne Betthauser, Paul Woolverton Jr., Dr. Grant Manhart, Graham Mellor, Bob Drinkwater and Bob Boyd. Special thanks to our fearless soundman /tour manager Mike LeBeau, Bruce Iglauer and the staff of Alligator Records, the folks at Blue Mountain Artists, Kevin Finnegan and the staff of The Ocean Mist and, as always, a huge thanks to all our fans throughout the past forty-five years for their loyalty and undying support. You are the ones that keep us rockin'! 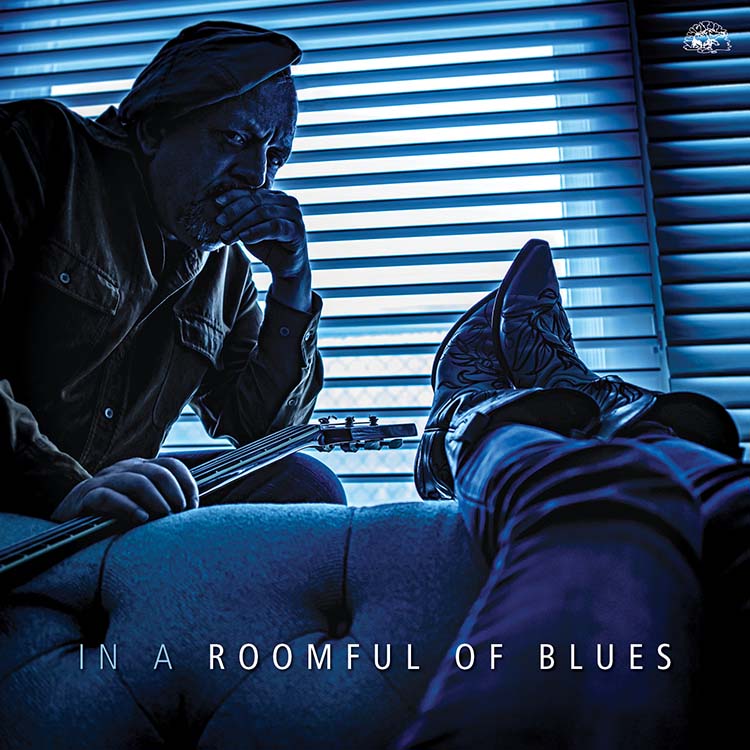 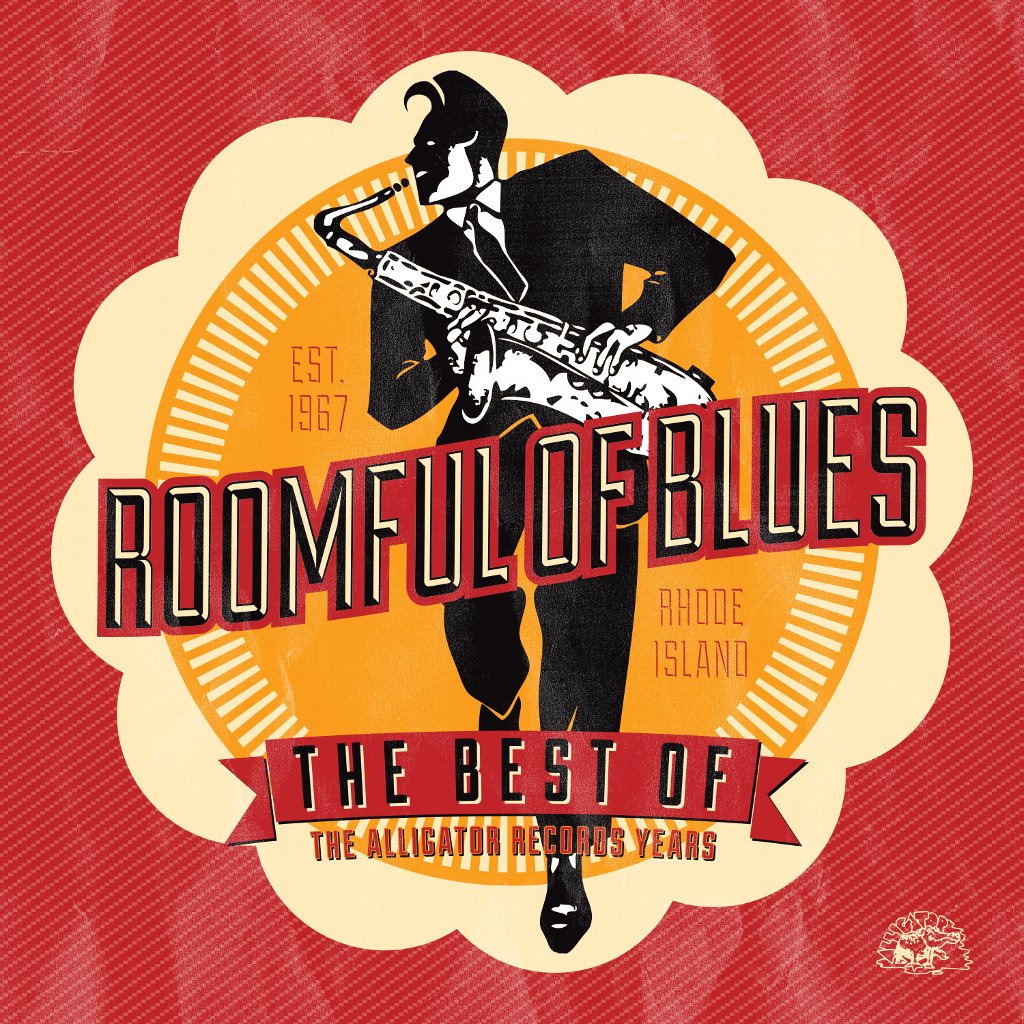 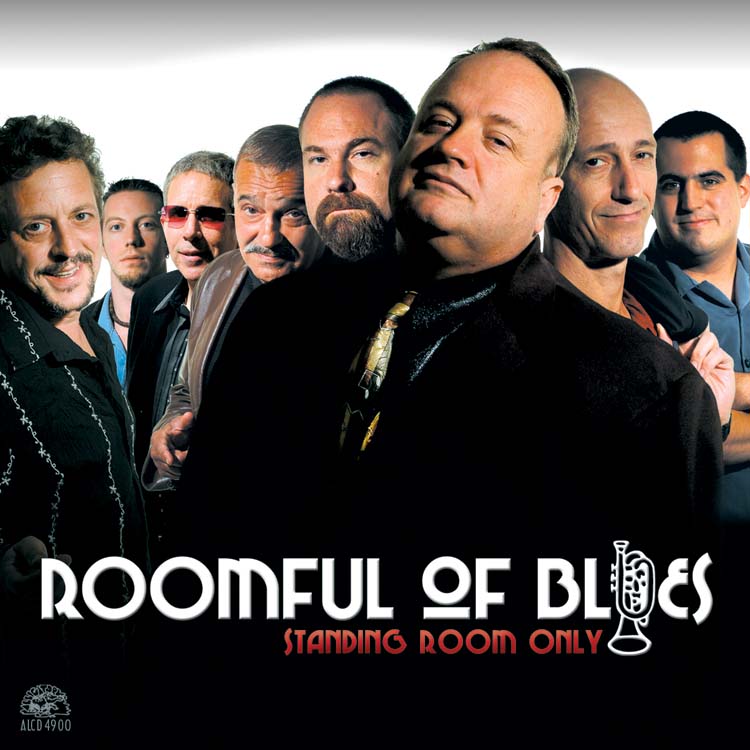 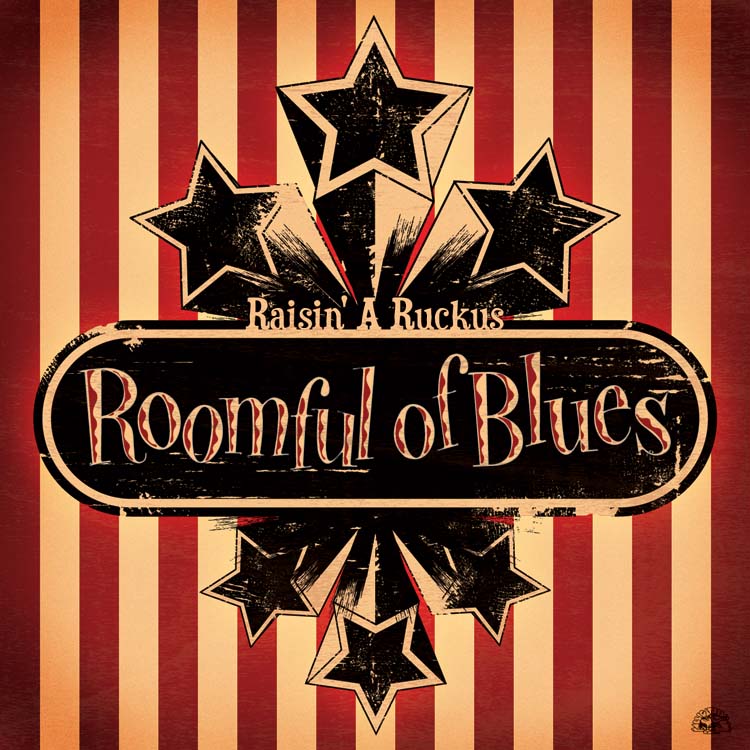 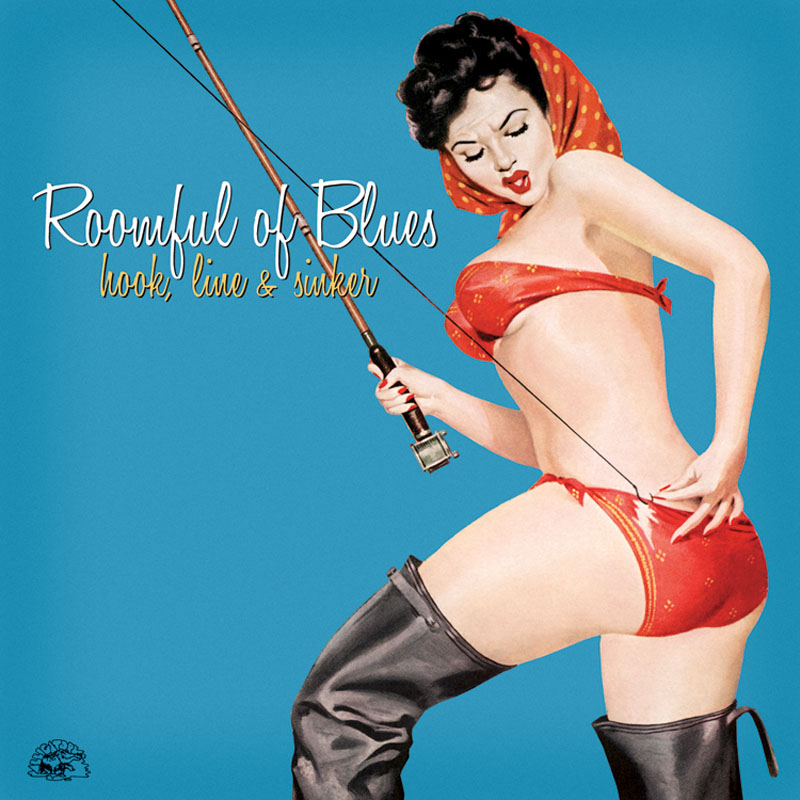 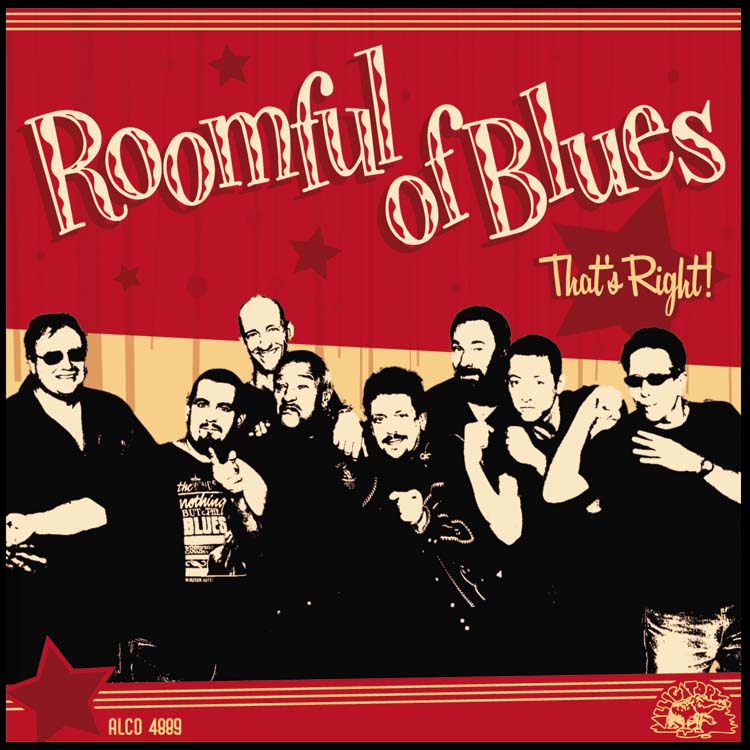