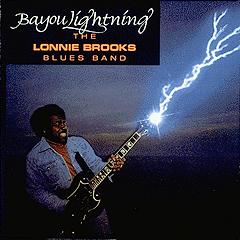 Produced by Lonnie Brooks and Bruce Iglauer
Production assistance by Richard McLeese
Recorded at Curtom Studios, Chicago
Freddie Breitberg, Engineer, assisted by Eddie B. Flick
Album design by Ross & Harvey/Chicago
Photos by Jim Matusik
Lonnie Brooks has been electrifying the Chicago blues scene for fifteen years. But his brand of lightning still bums with the glow of the Louisiana dance halls of Opelousas and Lake Charles, where he made his reputation as Guitar Jr., young rock and roll star.

And Lonnie is lightning-crackling with energy, full of flash, drama and surprise. That lusty, vibrant voice soaring while his fingers wring another startling note from his guitar. Then rumbling thunder, as he rolls a lowdown lick, bass strings droning, to clear the way for the next bolt. Gentle bayou rhythms bump heads with choppy Caribbean beats, twisting into funky crosswinds. The aroma of blues gumbo, blowing from the downhome territory of Lightnin' Hopkins and Lightnin' Slim all the way to the uptown discos of Chicago.

The eye of the storm is deep in the Louisiana canebrakes, where a young Lee Baker, Jr. burst on the scene as Guitar Jr., a full-fledged Deep South rock & roller. It was in the late 50's, when you didn't have to have a national hit record to become a star, and the disk jockeys would spin a new 45 just because they liked it. For Guitar Jr., the record was Family Rules, an R&B ballad with more than a touch of Fats Domino's sound, which appeared on the tiny Goldband label out of Lake Charles. It was a hit, black and white alike, and soon Guitar Jr. was drawing crowds not only in the black dance halls and juke joints, but also at college fraternity parties and graduation dances.

A local label could produce a hit, but it couldn't keep a musician working forever. By 1959, he was crisscrossing the South, backing Sam Cooke, and looking for an energy source to recharge his flagging career. The obvious choice was Chicago.

Mercury Records (home-based in the Windy City) connected with Guitar Jr. for two 45 releases, and he quickly formed a new band, spicing his Louisiana rock & roll with a taste of hard Chicago blues and soul. The records didn't hit, but the band was an instant success in the city's West Side ghetto and found an audience in the suburbs, and even in the slick, seamy Rush Street singles bars. This "new" bluesman offered something the better established names couldn't: he could play anything from rock to country to soul, and make it all feel like funky, downhome blues. And his self-mocking attitude and X-rated onstage gymnastics (a legacy of the old days in Port Arthur, Texas, watching Gatemouth Brown) earned him a reputation as one of the great showmen of Chicago.

Under his new name (there was already a Guitar Jr. in Chicago when he arrived), Lonnie pumped out blues and soul 45s for Chess, USA, Palos, Chirrup and Midas, and was an in-demand session guitarist for dozens of other local and national records during the 60's and early 70's. Capitol Records recorded Lonnie's robust sound in 1969, trying to crack the new blues-rock market. But management snafus killed the album almost as quickly as it was released, and Broke and Hungry is now a sought-after collector's item. An album recorded with a pickup band during Lonnie's 1975 French tour gave him no chance to show off his own writing and arranging talent.

Now, in 1979, the voice, the guitar, and the earthy power of Lonnie Brooks have sparked national attention. His session on Volume III of Alligator's newly-released Living Chicago Blues series has triggered raves like:

"... he blisters searing licks with pungent lines behind strong vocals and pulsating band work ... sizzling, deep, funky groove ...One of the most undeservedly overlooked talents in Chicago." - DOWNBEAT

"The most exciting new talent in blues." - WASHINGTON POST

That word "new" puts a smile on Lonnie's face. His storm has been brewing for twenty years, on bandstands across the country, on two forgotten LPs and a dozen 45s.

Now the storm is breaking. This album unleashes the steamy heat of Louisiana and the raw power of Chicago, electrically fused by Lonnie Brooks' Bayou Lightning. 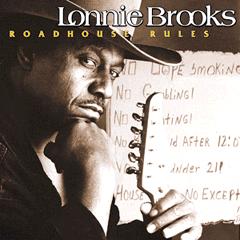 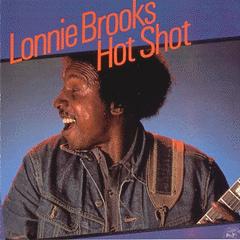 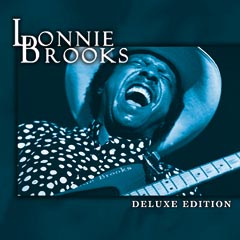 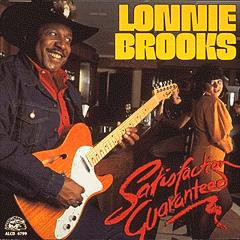 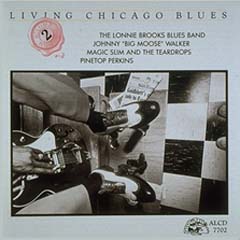 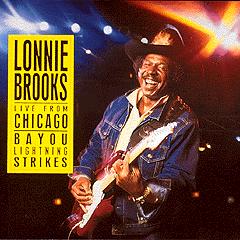 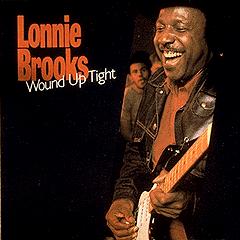