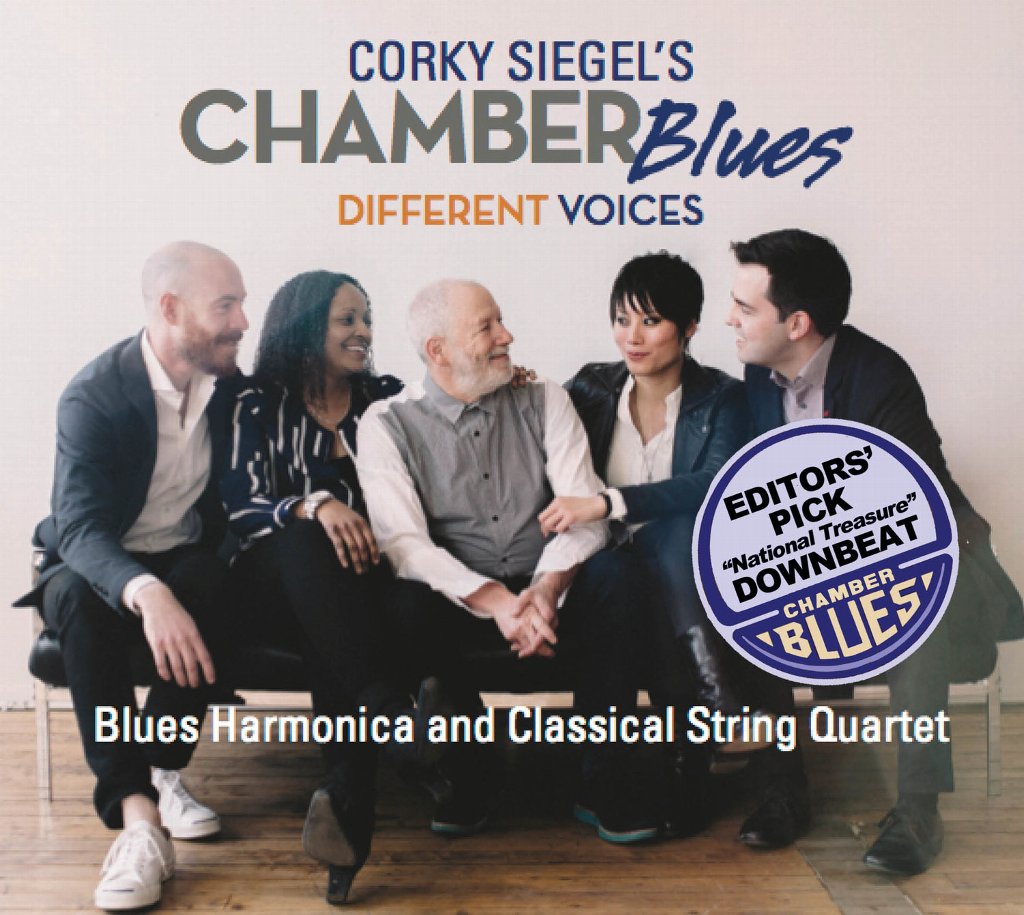 "In the first cut, 'Missing Person Blues Op. 26', blues, classical, and jazz are having a ball, chasing each other around the room, as if in a spin cycle where the garments never lose their unique shapes or colors.  In 'Counter Intuitive Op. 24 - Part I', blues and classical are right there, side by side, holding hands, working together, but again maintaining their individual character and creating a singular experience,” says Corky in discussing the new CD. “’The 'Italian Shuffle' is based on the Chicago Blues style shuffle but you would swear it comes from Tuscany, not Chicago. And you can tell we surprised the heck out of blues legend Sam Lay, who responds by singing the classic ‘Flip Flop and Fly’. If there is a theme that has followed from my first gig at Pepper’s and through this project it is this 'joy of diversity and togetherness’ that has enriched and shaped my life. The culmination of all this is reflected in the song, 'One', where we look out at the world and see we are all intimately connected."

Corky Siegel is internationally regarded as one of the world's great blues harmonica players, and is a celebrated composer, blues pianist, singer, songwriter, bandleader and author. Along with the likes of John Cage, Steve Reich, Philip Glass, and Meredith Monk, he is the recipient of a Meet The Composer/Reader’s Digest Commissioning Program for New American Music grant for chamber music composition resulting in his Chamber Blues ensemble's popular ‘Aunt Lila's Suite’; he has also been honored with the Illinois Arts Council Fellowship Award for Music Composition, the Chicago Music Awards’ Lifetime Achievement Award, and induction into the Chicago Blues Hall of Fame.

Born Mark Paul Siegel in Chicago in 1943, Corky's professional music career began when he founded the now legendary Siegel-Schwall Band in Chicago in 1965 with guitarist Jim Schwall. The group was a major component of the young generation of white blues artists -- including Paul Butterfield, Charlie Musselwhite, Michael Bloomfield -- who learned the historic Chicago blues style at the feet and hands of such towering figures as Muddy Waters, Howlin’ Wolf, Little Walter, Willie Dixon, Buddy Guy and Sam Lay. Corky played with all these greats at Siegel-Schwall's first steady engagement, in 1965 at Peppers, Chicago’s renowned blues club. They were soon signed to Vanguard Records. Their first album, The Siegel-Schwall Band, was released in 1966, and with it the group made San Francisco a virtual second home: There the likes of Janis Joplin, Santana, Steve Miller and Joni Mitchell opened for them. The band would record three more classic albums for Vanguard up through 1970, then five for Wooden Nickel/RCA through 1974, before going on hiatus.

In 1973, the Siegel-Schwall Band released Three Pieces for Blues Band and Symphony Orchestra on the prestigious classical music label Deutsche Grammophon. The title track was a groundbreaking piece composed by jazz trombonist William Russo combining classical music played by an orchestra (the San Francisco Symphony) with blues music played by a four-piece band (Siegel-Schwall) conducted by maestro Seiji Ozawa. Ozawa had been a huge fan of Siegel-Schwall since 1966, when he was the first music director of the Ravinia Festival -- the summer home of the Chicago Symphony Orchestra. He used to see the band perform frequently at Chicago blues clubs, and suggested a blues-classical collaboration. Corky worked closely with Russo, and in 1968 they premiered "Three Pieces for Blues Band and Symphony Orchestra" with Ozawa and the Chicago Symphony Orchestra. Its success -- including a high-charting Billboard pop and classical single culled from the program -- led to Siegel-Schwall's performance with Arthur Fiedler and the Boston Pops Orchestra on an Evening At Pops program for PBS, and in 1979, Deutsche Grammophon's release of Russo: Street Music, Op.65 - A Blues Concerto, featuring Corky on harmonica and piano, received the French Government's Grand Prix du Disque award as well as the Recording of Special Merit in Stereo Review.

Additionally, Corky has written and performed works for the Grant Park Symphony in Chicago and the National Symphony Orchestra at the Kennedy Center. He composed "Continuum" with renowned choreographers Alwin Nikolais and Murray Louis, and his music has also been choreographed and performed by five international ballet companies and has been used for numerous motion pictures and national TV specials, as well as the Olympic men's figure skating competition and the World Championship skating competition featuring U.S. Olympic gold medalists Torvill and Dean. His first commission from the Lancaster Symphony Orchestra, "Symphonic Blues #6", has already been performed many times around the world. His second commission is to be premiered in May of 2017 with the Lancaster Symphony Orchestra.

Corky continues to appear internationally as guest soloist with symphony orchestras including the New York Philharmonic, L’Orchestre de la Suisse Romande, the Boston Symphony Orchestra and the NHK Symphony in Japan. He has performed many symphonic collaborations with Doc Severinsen and also tours frequently with L. Subramaniam, India’s Eastern classical violin virtuoso. He is prominently featured in the documentary Born in Chicago which recounts the history of the '60s rock-blues explosion and also stars Bob Dylan, Jack White, Keith Richards of the Rolling Stones, Eric Burdon and Steve Miller, as well as Barry Goldberg, Harvey Mandel and Nick Gravenites. Corky Siegel has recorded and toured with Goldberg, Mandel, Gravenites and Lay as the Chicago Blues Reunion. In 2007, Corky published the music guide book Let Your Music Soar: The Emotional Connection, co-written with Peter Krammer.

Few can claim to have forged an entirely original genre of music. In 1966, Corky Siegel did just that. But not without the inspiration of his personal mentors, Howlin' Wolf, Muddy Waters and the great Chicago blues masters, and not without the help of world-renowned classical maestro Seiji Ozawa, who came into a famed Chicago Blues club, discovered the blues harmonica virtuoso, and suggested a collaboration.

Guiding the blues out of the smoky caverns of Big John's and Pepper's Lounge and onto the stages of the Chicago Symphony, New York Philharmonic and beyond, Corky Siegel's Chamber Blues DIFFERENT VOICES reaches across the globe from different sides of the musical landscape, dissolving the walls between genre and people to take us to places we have never been before. 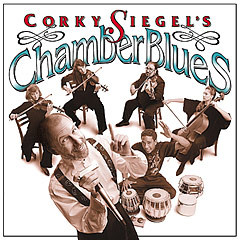 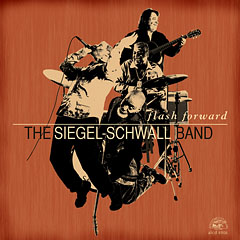 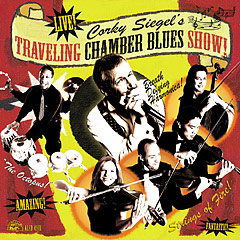 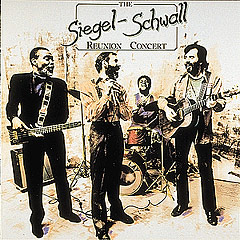