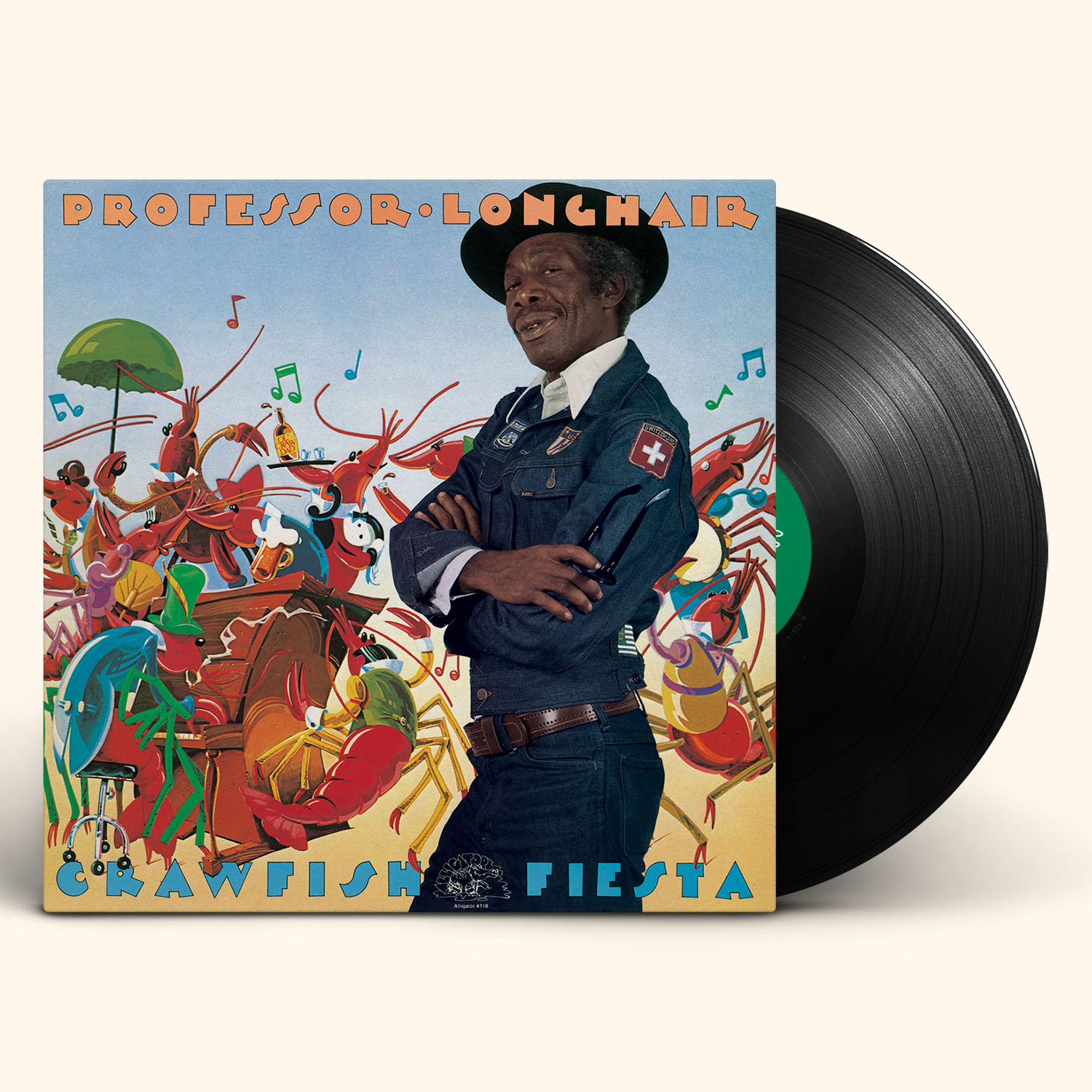 On vinyl for the first time in over 20 years!

All songs Byrd, Professor Longhair Music except as indicated.

"Professor Longhair put "funk" into music; he's the father of the stuff."--Dr. John

"He's the Bach of rock."--Allen Toussaint

"He's a seminal force, a guru, and original creator of the New Orleans piano style...the teacher of great players like Fats Domino, Allen Toussaint, Mac Rebennack, James Booker and Huey Smith.  All acknowledge him as The Great Master."--Jerry Wexler

New Orleans is like no other place on earth.  It's a city where funerals automatically turn into street parades, where clubs stay open twenty four hours a day and the music flows from noon to eight a.m., where black men celebrate Mardi Gras by dressing in full Indian regalia and dance through the streets chanting "Iko Iko."  It's a city where having a party has been elevated from a casual pastime to a way of life.

Henry Roseland Byrd, a.k.a. Professor Longhair, is the heart and soul of New Orleans.  His music has been called everything: rock and roll, blues, calypso, jazz, funk, Afro-Cuban...and it is.  But mostly, it's party music.  "Nobody has to stand in line," he sings.  "Come on inside and have a good time."  One weekend in November, 1979, "Fess" brought his whole band and his protege Mac Rebennack in to Sea-Saint Studios to have a good time.  He reigned supreme from the piano bench, pounding out funky licks, rocking in his seat, crooning like a seductive lounge singer, then breaking into his trademark yodel like an adolescent boy whose voice is changing.  And every song was propelled by the second line beat--that utterly infectious, impossible-to-describe rhythm originally created by the mob of dancers that followed Crescent City funeral parades.  The rhythm that has saturated all true New Orleans music from King Oliver to The Meters.

It was in those same street parades that the young Roy Byrd danced for tips during the early 1930's.  With his playmates Streamline Isaac and Harrison Hike, he would clog step, somersault and sidestep four feet up the building walls, turn, and walk back down again.  "The very first instrument I played was the bottom of my feet, workin' out rhythms, tap dancing," Byrd recalls.  "We used to dance all up and down Bourbon Street."

Dancing in the streets outside local taverns gave Byrd his first chance to hear the barrelhouse piano men who influenced his style:  Kid Stormy Weather, Sullivan Rock, Archibald, Robert Bertrand, and especially Tuts Washington.  Byrd's mother, herself a professional musician, encouraged him to experiment, first on guitar, then on piano.  But he didn't take his music seriously until he joined the Civilian Conservation Corps in 1937 and discovered he could avoid drilling and virtually all other work by playing piano for other Corps members in the recreation hall.

When he returned home, Byrd found that there were more profitable ways of making a living than music.  He worked first as a cook, then as a boxer, and finally found his niche as a professional card player.  It wasn't until the late 1940's that he returned to music, and earned his famous nickname.  Dave Bartholomew (who later wrote and produced Fats Domino's biggest hits) was leading a hot band at the Caldonia Club and drawing the biggest crowds in the city.  Byrd dropped by one night, and when Bartholomew's piano man took a break, asked if he could play a few numbers.  He was an immediate sensation, pulling in crowds off the street.  Mike Tessitore, the manager, fired Bartholomew on the spot and hired Byrd.  Byrd remembers, "We had Big Slick on drums, Apeman Black on sax, and Walter Nelson on guitar.  We had long hair in those days, and it was almost against the law.  Mike says, 'I'm gonna keep you guys and call you Professor Longhair and the Four Hairs Combo.'"

Over the next few years, Professor Longhair became one of New Orleans' most popular entertainers, rivalling Fats Domino, Paul Gayten, Annie Laurie and Larry Darnell.  In 1949 he cut his first (and biggest) record, Bald Head, for Mercury, and during the following years cut for half a dozen labels under a variety of names--Roy Byrd and His Blues Jumpers, Roy "Bald Head" Byrd, Professor Longhair and His Blues Scholars, Profesor Longhair and the Clippers, and the immortal "Professor Longhair and His Shuffling Hungarians."  ("I had one Hindu in the band, but there were no Hungarians.")  His sessions produced classic songs like Tipitina, Hey Now, Baby, In The Night, Big Chief and the great Going To The Mardi Gras (which is still played on local radio stations).

Longhair was offered tours after the release of almost every record but consistently chose to remain at home, playing the Caldonia Pepper Pot and other local clubs.  He became famous for his outlandish stage costumes (tuxedos with red gloves and feathers, Army fatigues, etc.) and his habit of kicking the beat on the front of the piano until the instrument splintered.  But his recording career fell off in the early '60s and he eventually went back to other jobs--still playing in New Orleans, though making a living at cards.

Still, his fans didn't forget him.  His songs were popularized by a new star named Dr. John, who a few years before had been Mac Rebennack, Longhair's studio guitarist.  Atlantic reissued some of Fess' early sides in 1972, and he was asked to play the Louisiana Jazz & Heritage Festival.  His appearances there caused a sensation, just like his 1949 gigs at the Caldonia Club.  People who weren't even born when Bald Head was a hit claimed the Professor as their idol.  He toured Europe, headlining the 1973 Montreaux Jazz Festival.  Paul McCartney flew him to California in 1975 to play an exclusive private party on the Queen Mary.  Today he is hailed as the father of the New Orleans Sound.  He appears regularly on local and national television, is quoted in scholarly journals, and his picture is seen everywhere in the city.  He even has a club, Tipitina's, named after one of his greatest songs.

If New Orleans is the home of the Eternal Party, then Professor Longhair has become the house band for a whole city.
--Tad Jones and Mindy Giles 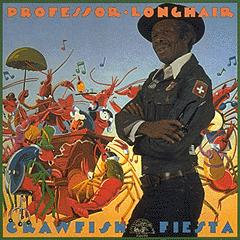 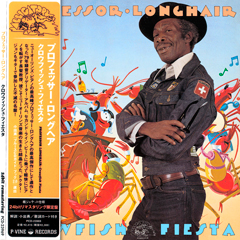