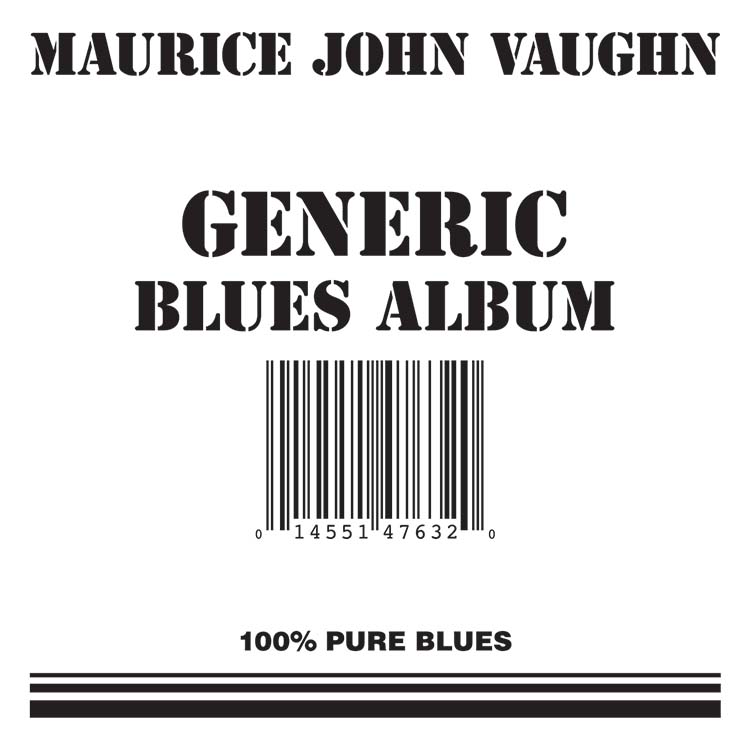 on Wolf Bite and Nothing Left To Believe In the band is:
Allen Batts, Keyboards
Kenny Pickens, Bass
Casey Jones, Drums

Don't be deceived by the cleverly nondescript packaging of this album. Maurice John Vaughn's piercing contemporary blues are every bit as powerful as the leading brand.

One of Chicago's leading young blues talents, Maurice is also one of its most versatile. He's a slashing lead guitarist, a searing tenor saxophonist, and an uncommonly imaginative songwriter with a streetwise vocal delivery perfectly tailored to his distinctive material. In addition, Maurice has worked extensively as a record producer, and he runs his own record label.

The 36-year-old native of Chicago's South Side got his start in music playing the saxophone in high school, joining a youthful combo dubbed the Gents of Soul. "They needed a sax player, and I wanted to be in the band," Maurice says. He took his tenor into the recording studio for the first time in 1976 with an R&B group called The Chosen Few, for Chi-Sound Records.

Maurice began doubling on guitar in the mid-'70s. "The jobs started drying up on saxophone, and everybody was saying, 'Well, we just need a rhythm section,"' says Maurice. "So I had to get into the rhythm section to keep working."

Maurice didn't get involved in the blues scene until 1979, when guitarist Phil Guy sat in with Vaughn's soul band. Guy then hired the group to back him on a Canadian tour, and Maurice became an instant convert to the blues, appearing on a pair of Guy LPs for the British JSP label.

After a year and a half with Phil, Maurice began to free-lance extensively, playing with some of Chicago's leading blues artists, including Luther Allison, Queen Sylvia Embry, Valerie Wellington and Son Seals. Maurice first toured Europe with Seals in 1983. He hooked up with saxman A.C. Reed the following year and they've remained together ever since. Maurice handled much of the lead guitar on Reed's recent Alligator album, I'm In The Wrong Business. A.C. and Maurice also cut an LP together in 1985 for the French Blue Phoenix label, entitled I Got Money.

Maurice has built a reputation as one of Chicago's top blues session players, recently backing Casey Jones on his Rooster Blues album, Solid Blue, and producing and playing on sultry songstress Zora Young's debut LP, Stumbling Blocks And Stepping Stones. For his own Reecy label, Maurice has produced a single by veteran pianist Detroit Junior, as well as the original version of the Generic Blues Album, first released in 1984 with its imaginative packaging born of economic necessity.

Last year, Maurice was showcased on Alligator's The New Bluebloods-The Next Generation of Chicago Blues anthology album with the fiery Nothing Left To Believe In. Wolf Bite, which was cut at the same session, appears on the re-released version of Generic Blues for the first time anywhere.

Maurice John Vaughn's funky, modern blues aren't well-worn re-creations of a bygone era, although he does pay tribute to his hero Howlin' Wolf on Wolf Bite. Instead, he sings about situations as current as today's headlines-from the minor-key anguish of Computer Took My Job and the torrid frustration of Without That Bread to the tongue-in-cheek title track, which features a little vocal help from Zora Young.

There's nothing at all anonymous or bland about Maurice JohnVaughn. His self-styled generic blues are as instantly memorable as any famous corporate trademark and as vivid as a neon sign. 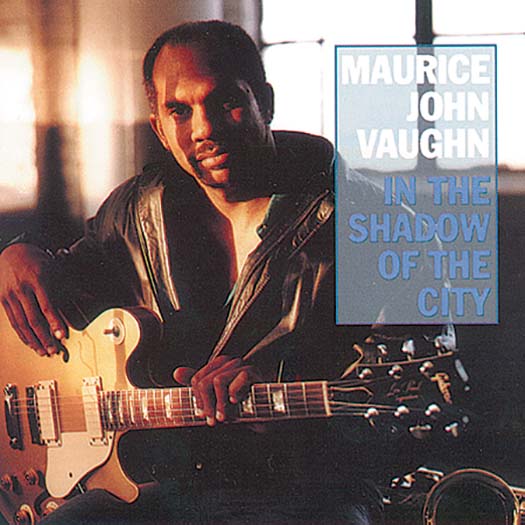 Maurice John Vaughn
In The Shadow Of The City