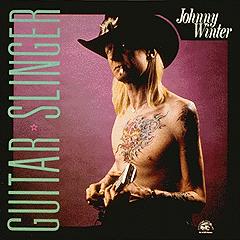 Thanks for technical assistance to Phil Bonanno and Dave Still

The weather was even worse than usual, but the Chicago Winter of 1984 was hot enough to heat up the ears of any lover of powerhouse blues. Johnny Winter came to town to realize at last his dream of making a straight-ahead no-holds-barred blues album, with help from some of the great musicians who continue to carve out Chicago's legacy as the world's blues capitol.

Johnny Winter carved out his own exciting blues legacy as a musician and producer long before these Chicago recording sessions took place. In the last fifteen years, he's established himself as a legend in blues and rock circles. His production of Muddy Waters' last four albums, starting with the landmark Hard Again earned even greater stature in blues history for both Muddy and Johnny. Johnny's own twelve albums for Columbia and Blue Sky contain many striking blues performances: everything from lowdown solo acoustic guitar to stunning Bob Dylan interpretations. He's recorded in the company of blues masters like Big Walter Horton, James Cotton and Willie Dixon. His well-known personal changes have included more than his share of blues dues. Those changes have deepened his commitment to the music, making him an even stronger and more powerful artist with genuine love and intense feeling for the blues.

Back in the '50s, over a decade before his big breakthrough to superstardom as a rock festival headliner with a fat recording contract, Johnny was learning his blues in Beaumont, Texas from recording artist and dj Clarence Garlow. That taste of the honesty and excitement of the blues spurred Johnny to adventure into the local club scene. Moving to Chicago as a teenager, he pined for the grittier, more enduring part of the city's music, while playing "twist music" on trendy Rush Street. Through the rest of the '60s, he scuffled in back alley Houston studios (with overdubbed results that occasionally returned to haunt him in budget record racks), and in Deep South clubs, making a name as Texas Guitar Slim.

This album is a gathering of bluebloods all the way. For the last five years, bassist Johnny B. Gayden and drummer Casey Jones have been the jumpin' and thumpin' backbone of the Icebreakers, playing with Johnny's fellow Texas tornado guitarist, Albert Collins. Keyboard man Ken Saydak spent most of the last ten years with bluechip guitarists Mighty Joe Young and Lonnie Brooks before forming his current band, The Blueprints. Billy Branch has been one of Chicago's leading harp players since the mid-1970s, and has made excellent recordings as the leader of the Sons of Blues. Tenor sax player and horn arranger Gene "Daddy G" Barge has added spice to everything on wax from vintage Chuck Willis through countless Chess Records sessions to the current Alligator album by Big Twist and the Mellow Fellows, Playing For Keeps. As Johnny says, "this is the first time I got to record with a band that both plays the slow blues and rocks out so hard." Of course with his own supercharged guitar, his soulful and seasoned vocals, his skills as a producer, Johnny gave the rest of the band as much inspiration as he obviously got.

It only took a few minutes of rehearsal to hear that we had a combination that shot sparks and took the drive and honesty of the blues to a rare pinnacle. Comments from Johnny like, "I should pay to do this!" and "I want to keep doing this forever!" became a regular part of the sessions. The band's reaction was more like just "Johnny...," trailing off into an awed shake of the head.

Johnny holds nothing back. Together he and the band jam the blues Johnny's had ever since he got his first taste of the music and life, from the good timing wildness of Mad Dog to the serious blues business of I Smell Trouble, Johnny shows off some of the many dimensions of his much-imitated slide guitar style on It's My Life, Baby, My Soul and Iodine In My Coffee. The storming Boot Hill pulls out all the stops as only a blue-hot, screaming Texas guitar shuffle can. Lights Out and Don't Take Advantage Of Me rock and roll to a frenzy. The stone funky, beleaguered tale of domestic discord, Trick Bag, and the beautiful, sensitive treatment of the tearjerker Kiss Tomorrow Goodbye add a taste of Southern soul. If there's an album with a higher level and wider variety of blues flash and feeling, it's probably too dangerous to touch!

It's impossible not to have a ball digging how many shades of blue Johnny has absorbed, and how much fire he breathes into them all. It's as clear as the monster tattood on his chest why a legion of blues rockers idolizes him. When Johnny calls this album "the best of Johnny Winter" it's easy to hear why Johnny and the blues sound better than ever together. Here's a Winter to blow everyone's blues away! 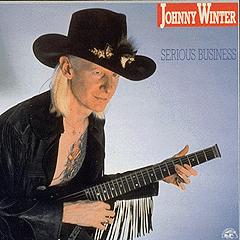 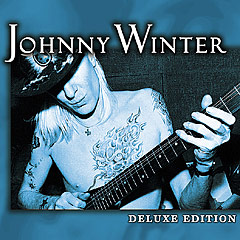 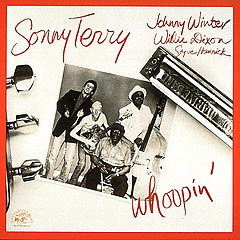 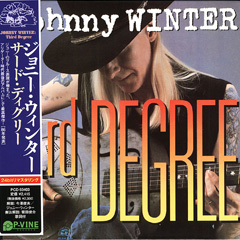 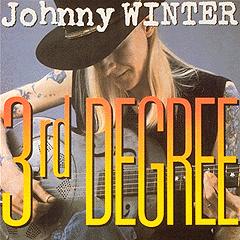 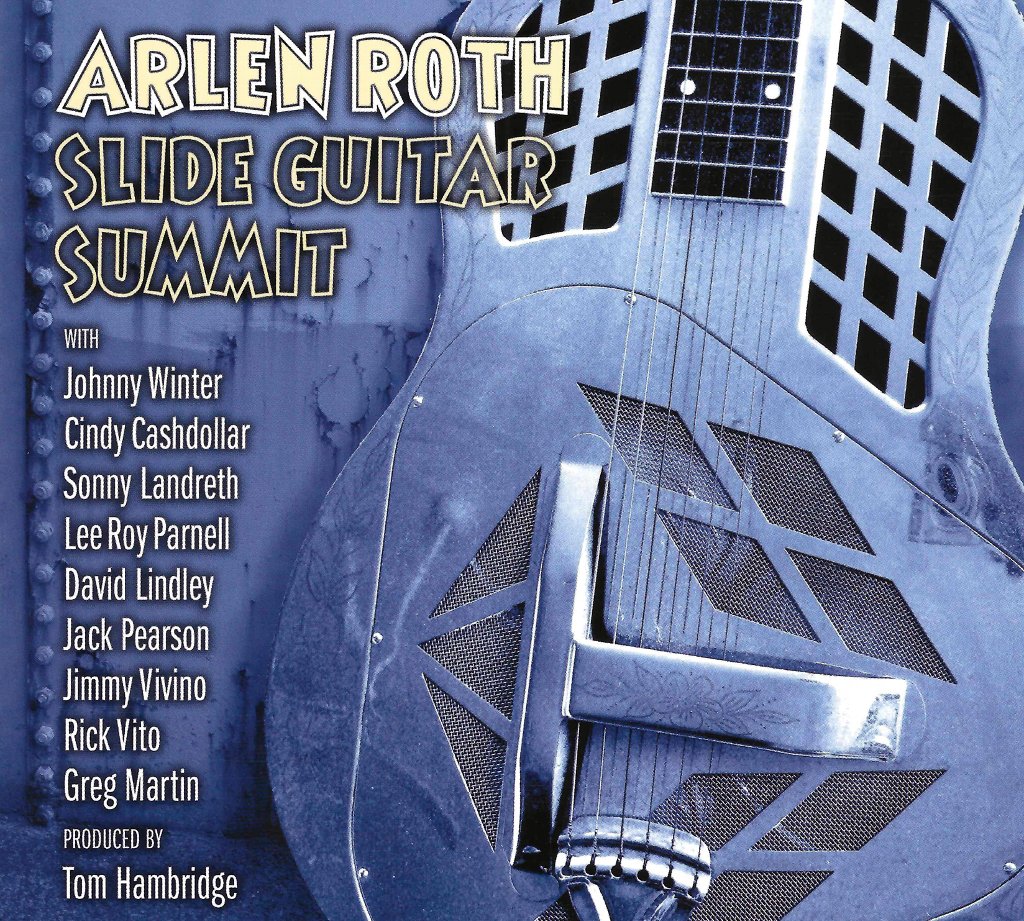 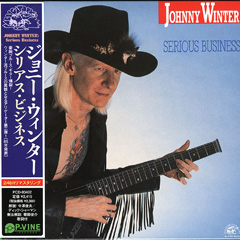