The great Texas guitarist's Alligator debut; a blues classic. Includes "Master Charge," "Conversation With Collins." Grammy nominee. On vinyl for the first time in over 25 years, first time ever on 180 gram pressing! "The most exciting blues LP of the year"—Village Voice

It burns like dry ice, like cold fire. A jagged blend of shattering, ringing high notes, icy echo, jarring attack, the blistering power of an arctic storm. The Cool Sound. The creation of a high-energy guitarist who blew out of Texas with a battered Fender Telecaster, an explosive stage show, unlimited energy, and a whole new concept of blues guitar. Albert Collins.

Albert Collins' live performances are legendary. He stalks the stage like some manic western gunslinger, always in motion, guitar strap slung over his shoulder like an ammunition belt, bashing out spine-chilling barrages of notes, encouraging the band, exhorting the audience. Then, just when it seems that there's no more energy to be wrung from the man, he brings the volume down and plays a sweet, slow blues that recalls the Houston after-hours joints where his career began. And he sings in that quiet, sarcastic Texas drawl, weaving sad (and sometimes hilarious) tales of his life and times, punctuated with those lingering, frozen guitar notes. Finally, to close the show, he'll charge into one of his patented supersonic shuffle instrumentals, leap off the bandstand, and ramble through the audience, sitting in ladies' laps, sharing a beer at the bar (and sometimes climbing up on top and walking the length of it), then wandering out the door to play on the sidewalk, still pumping out showers of stinging notes like icy shotgun pellets, with his hundred-foot guitar cord snaking behind him.

His early records are legendary, too. Singles from the early sixties that created a sensation, singles like The Freeze, Sno-Cone, Icy Blue, Don't Lose Your Cool, and the immortal Frosty. Though they were released on the tiny Houston-based Kangaroo and Hall-Way labels, they were immensely popular, and Frosty became one of those songs that any blues guitarist had to play right in order to prove himself.

In the mid-sixties, Albert's reputation as the "baddest" of blues guitarists spread among rock musicians. They had discovered B.B. and Albert and Freddie King, but who was this Texan whose style was so different, and virtually impossible to copy?

Albert was leading a band at the Ponderosa Club in Houston's rough Third Ward when Bob Hite of Canned Heat located him in 1968 and persuaded him to move to California. Hite signed Albert to the Imperial label, and introduced him to ecstatic audiences at the Ash Grove in Los Angeles and the Fillmore and Matrix in San Francisco. Although Albert's three albums for Imperial didn't really show what he could do (two were produced in Nashville with country-western studio musicians), his reputation among the rock elite kept right on growing. When Bill Szymcyzk (the Eagles' producer) founded his short-lived Tumbleweed label in 1972, Albert was the first artist he signed. Joe Walsh produced one of Albert's Tumbleweed singles. And still today, almost every blues rock guitarist can offer his own melted down interpretation of Frosty.

But even the finest find it impossible to duplicate the Cool Sound. Part of Albert's secret is in his unorthodox tuning he tunes the guitar to an open D-minor chord. Part of it is in his percussive right hand attack he plays with his bare thumb and index finger, snapping the strings against the fingerboard ("My fingers are just as hard as a pick," he says). Part of it is what he learned watching his cousin and first teacher, Willow Young, while growing up in Leona, Texas. And part is from watching Clarence "Gatemouth" Brown, probably the finest blues-rock guitarist of them all. Part of it is Albert's vintage Fender guitar, and his special combination of strings, pickups, and amplifier settings. But the Cool Sound is more than just tuning, experience, and technique. It's Albert's whole concept of music, a concept that follows no one else's rules of melody or rhythm, a concept that pits bulldozer attack against unexpected silence, shifting without warning from screaming, twisted high notes to thumping bass figures. Albert is perhaps the most totally unpredictable of blues guitarists.

Although this is his first album since 1972, Albert's career has never faded. He works an endless stream of gigs up and down the West Coast, from Vancouver to San Diego headlining blues festivals and flooring rock audiences with his ice-cold sheet metal sound. 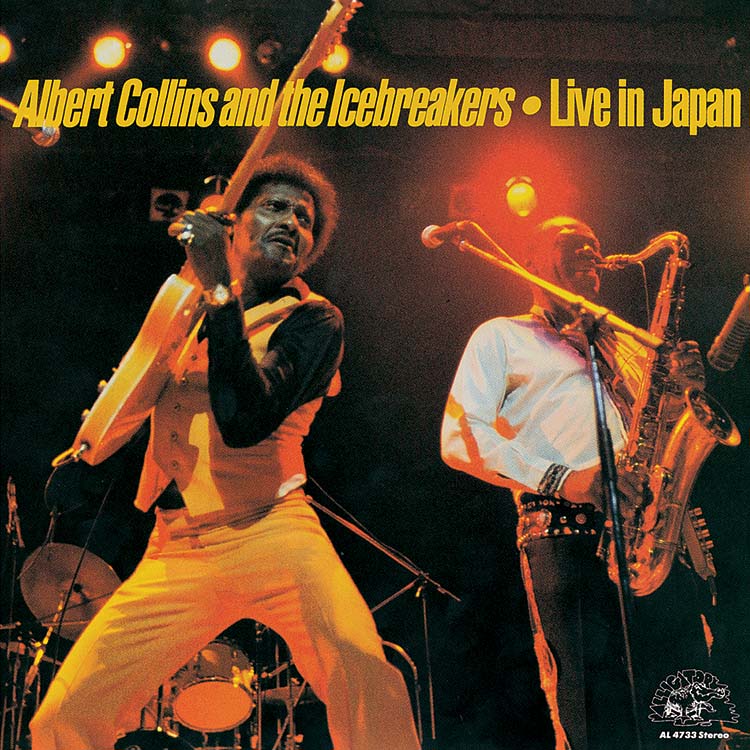 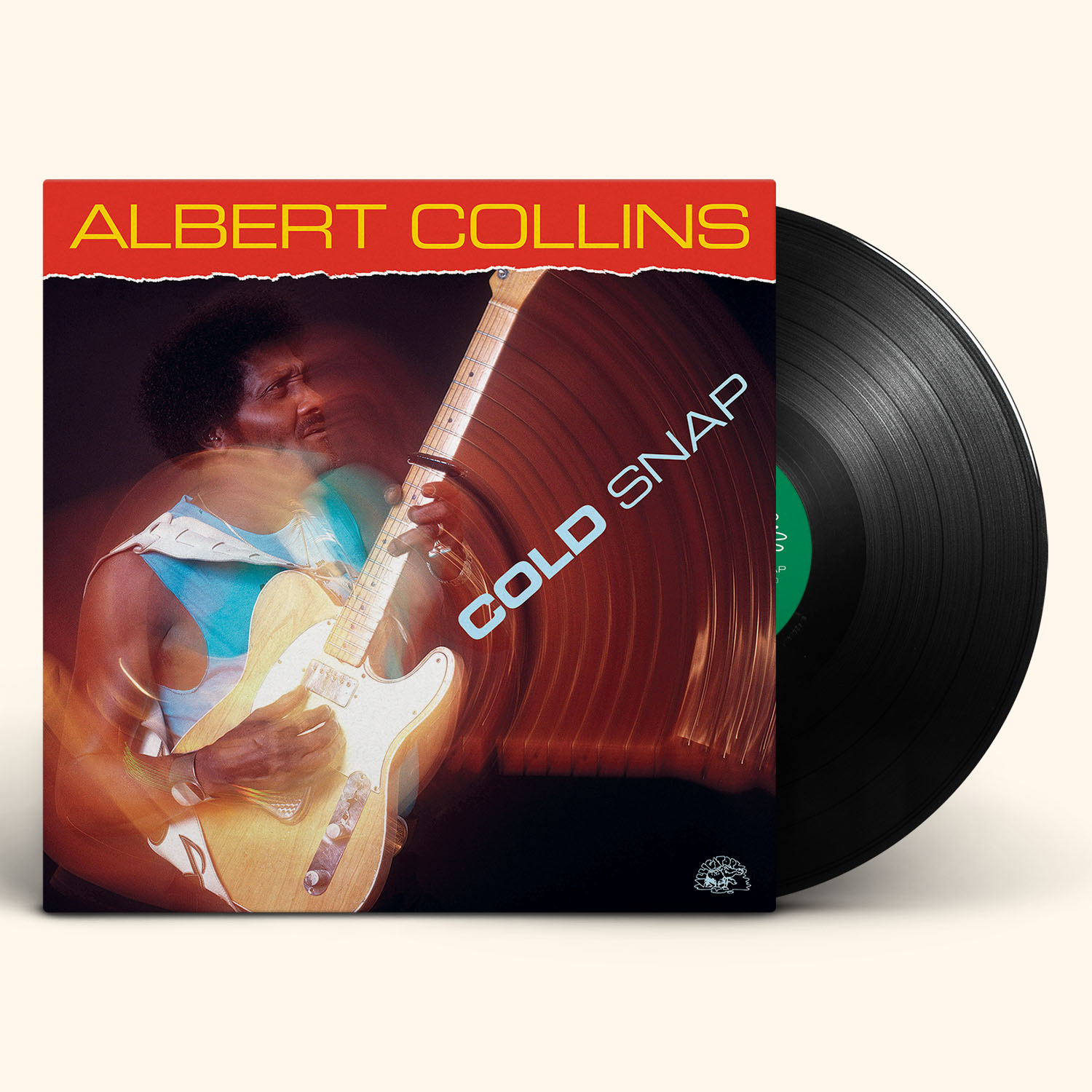 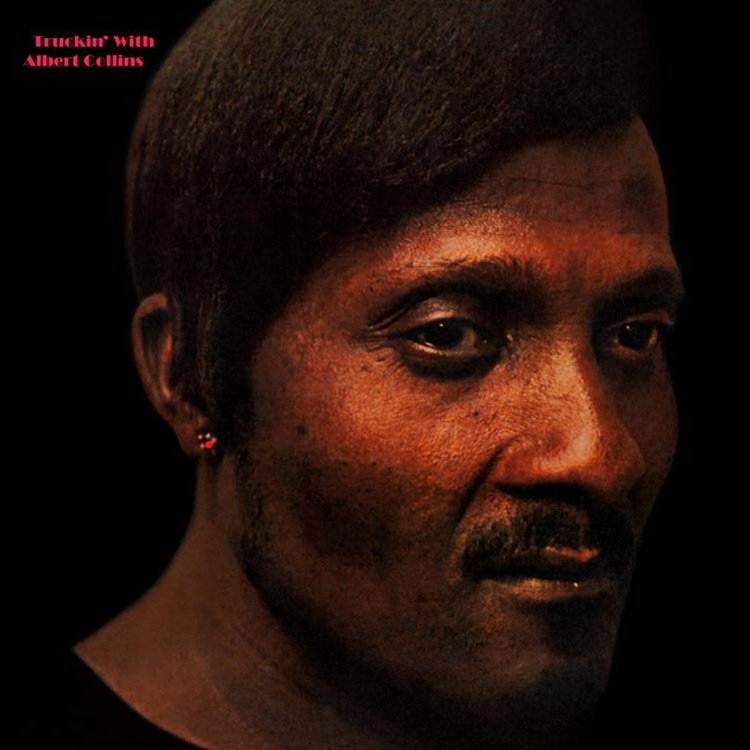 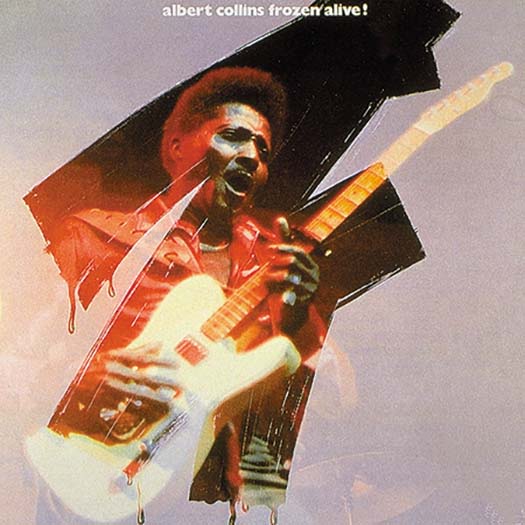