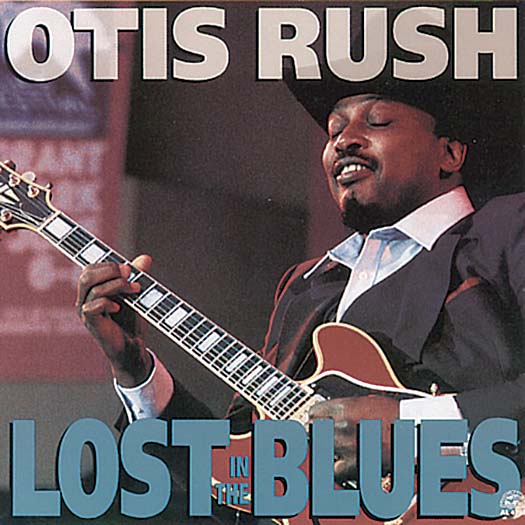 Lost in the Blues

Otis Rush burst out of the West Side of Chicago in 1956 with a series of groundbreaking singles on the Cobra label that became classics of the blues-- Double Trouble, I Can't Quit You Baby, All Your Love I Miss Loving, Keep On Loving Me Baby, and My Love Will Never Die.  At the age of 22, Otis recorded songs that became essential entries in the dictionary of modern blues guitar.  His soulful, "deep blues" vocals spoke of experience well past his years.  Along with Freddie King and Magic Sam, Otis Rush inspired a whole generation of rockers to copy, often note for note, the sound of West Side blues.  The soul was a little harder to imitate.

In the mid-'50s, Otis Rush stood on the verge of national fame.  But a series of poorly chosen recording deals almost destroyed his career.  In ten years, Otis cut only a handful of singles and only one, So Many Roads, on Chess Records, equalled the intensity of his 1950s Cobra recordings.  By the mid-'60s, Otis was hardly touring outside Chicago, though he was still packing the city's ghetto blues clubs.

In the mid-'60s, a young producer named Sam Charters took Otis into the studio to cut five tunes for Vanguard Records' Chicago/The Blues/Today! anthology series.  It was one of the first recordings that brought Chicago blues to the young white rock and folk audience, and it relaunched Otis' career.  He signed with Cotillion Records, cut an album that included his classic rendition of B.B. King's Gambler's Blues, and began touring the same rock and roll ballrooom circuit as B.B. and Albert King, Muddy Waters and the other stars of the "blues revival," including a series of dynamic appearances at the Ann Arbor Blues Festival.  After the Cotillion deal ran out, he signed with Capitol Records.  But Capitol never released Otis' album (it later appeared on Bullfrog and then on Hightone under the title Right Place, Wrong Time) and Otis began being plagued by personal demons and professional discouragement.  He returned home, playing sporadically and touring mostly overseas.  He recorded two albums for Delmark in 1975 (one live in Japan) that proved his vocal and guitar talent was undiminished, even if he had virtually ceased to write new songs.

In October of 1977, while on a tour of Europe, Otis was reunited with producer Sam Charters, who was working at Sonet Records in Stockholm, Sweden.  Sam took Otis into the studio, and in two days they cut an album.  Unlike Otis' other '70s recordings, the Sonet album, released in Europe under the title Troubles, Troubles, didn't rehash any songs from Otis' earlier recordings.  Although Otis still wasn't composing, he reached into his repertoire to cover songs by Lowell Fulson, B.B. and Albert King, Jimmy Reed and Willie Dixon.  With just his own touring three-piece rhythm section, Otis did what he does best--sing and play straight-ahead, soulful West Side blues.  Since then, though Otis has had a couple of live recordings issued, he's never completed another studio album.

For the 1991 re-release of these recordings, we went back into the studio to add the keyboards that Otis said he had always wanted on these sides.  Lucky Peterson, who is Otis' favorite keyboard player, flew in to "dress up" the songs with piano and organ.  Each tune was remixed to bring out the power and delicacy of Otis' voice and guitar.

Since the '70s, Otis has chosen to tour little, even though his fans continue to pack clubs and concerts whenever he chooses to play.  He doesn't even play much in Chicago these days, and his rare live performances are often erratic and unpredictable.  But when Otis gets it all together, like he did in a Stockholm studio in 1977, he's still an absolute master of the blues. 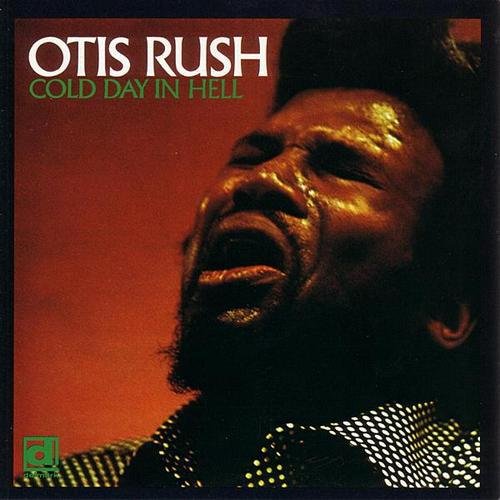