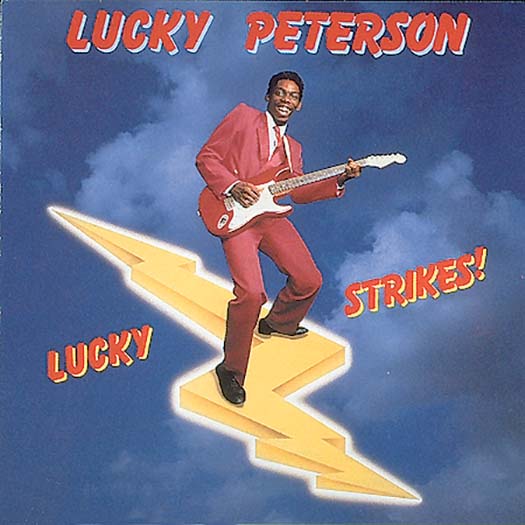 A brilliant keyboardist, guitarist, singer and writer. One of the most dynamic young bluesmen around. "A great young blues player; he can play anything"--WILLIE DIXON

All songs published by Midnight Creeper Music except as noted

Special thanks to Little Milton, Bobby "Blue" Bland, James and Jarnelle Peterson, Bob Greenlee and all the folks at King Snake.

Welcome to the future of the blues!

In the last couple of years, an amazing number of great young blues artists have burst onto the national scene. The arrival of Robert Cray, The Kinsey Report, Buckwheat Zydeco, Joe Louis Walker, Kenny Neal, Lil' Ed, Maurice John Vaughn and a dozen others has heralded the biggest blues boom in twenty years. Now it gives me a great deal of pleasure to introduce you to Lucky Peterson, a young artist who, at 24, has probably spent more years as a professional blues musician than any bluesman of his generation!

Lucky was only three years old when he began playing drums and organ. His father, James Peterson, was himself a blues singer and the owner of a blues club in Buffalo, N.Y. called The Governor's Inn. James and legendary blues producer Willie Dixon were good friends, and when Willie heard little Lucky, he immediately arranged to take the youngster into the studio. Willie produced a single, 1, 2, 3, 4 and an album for Today Records that pushed the "five-year-old genius" into the national spotlight. Television appearances followed on The Ed Sullivan Show, The Tonight Show, What's My Line, The David Frost Show, and many more. For a few months, the country couldn't get enough of the tiny kid with the amazing talent.

Though his first brush with fame was brief, little Lucky's instrumental skills continued to grow. Organ lessons from greats Bill Doggett and Jimmy Smith helped him hone his gift, and he mastered guitar, trumpet and electric bass as well. While still a child, he played with the blues greats that worked at his father's club, from Koko Taylor to Jimmy Reed to Lightnin' Hopkins. At the age of 17, Little Milton asked Lucky to join his band as organist, and Lucky spent three years on the road with Milton.

This led to another three-year hitch, this time with Bobby "Blue" Bland, in whose band Lucky was featured soloist. During a European tour, Lucky found time to record his second solo album for a French label, Isabel Records.

All the dues Lucky has paid have set the stage for his debut album on Alligator Records, Lucky Strikes! When Lucky moved to Florida a couple years ago, he was introduced to me by Bob "Soulman" Scheir, a dj on WMNF radio in Tampa and owner of Fantastic Records. I was planning the Kenny Neal album that was to become Big News From Baton Rouge!! (AL 4764), and I was looking for just the kind of musical spark that Lucky could provide. He soon became a regular member of the King Snake recording team, playing on records by Rufus Thomas and Lazy Lester for Alligator and also by Iko-Iko, Noble "Thin Man" Watts, Alex Taylor and country star Razzy Bailey. As I discovered the breadth and depth of Lucky's talent, it became obvious that he was a natural for a solo career.

Lucky Strikes! is the springboard for that career. Lucky plays all the keyboards, almost all the lead guitar, and proves himself to be a strong and original blues vocalist (it could be that six years on the road with Milton and Bobby inspired him a bit . . .). The album is as varied as Lucky's talents, but it never strays from the foundation of the blues. With Lucky Strikes!, Lucky Peterson enters the ranks of the new young blues giants. Welcome to the future! 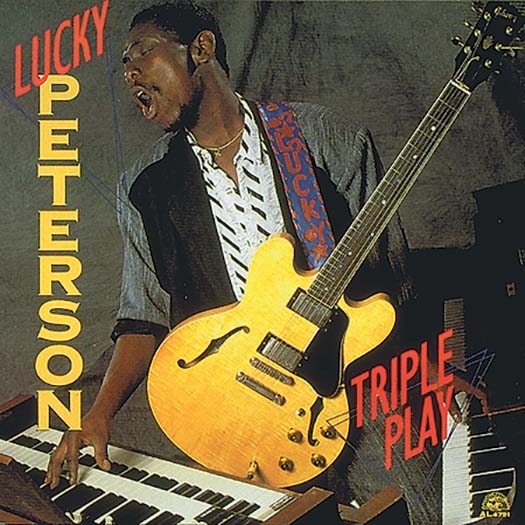