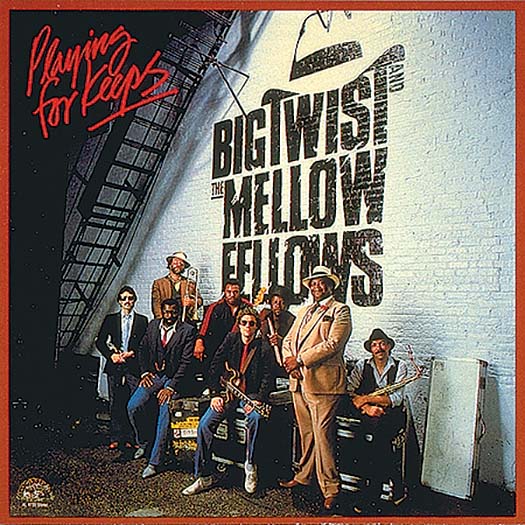 Big Twist and the Mellow Fellows can be hazardous to your health. I know, because the first time I saw them, they knocked me for a loop. I'd been dieting for two weeks, no rich food, no booze, and I'd dropped fifteen pounds.

Then I wandered into a Houston nightclub called Fitzgerald's one Monday night (en route to another show), and everything went out the window. Within minutes, it was obvious that I was in the presence of one of my favorite things on earth -- a first rate, no-holds-barred Chicago rhythm and blues band in top form, and they were shaking both the walls and numerous dancing bodies with hard-riffing R&B.

Eight pieces strong, their sound hit you in the chest like a thrown brick, and the main heavers were guitarist Pete Special, tenor saxophonist Terry Ogolini, and the man himself, Big Twist -- a 6-foot-4-inch, 300-pounds-plus black man in a white suit and a matching Borsalino hat. Twist looked great, but more importantly he sounded finer -- he possessed a mind-boggling vocal range, a distinct style all his own, and a sure sense of what to put where, and what to leave out.

They broke me down in short order. By the time Big Twist started shouting out his version of I Wouldn't Treat A Dog The Way You Treated Me , I'd replaced my club soda with double bourbons, and all thoughts of my future health were replaced with the irresistible urge to party. A year later, I told Twist about the experience, and he simply chuckled his patented deep, buttery chuckle and said, "Hey, I'm sorry about that. I never meant to run nobody off their diet." "But," he laughed again, "people have been known to do that and worse when we play!"

Big Twist (Larry Nolan) comes out of the Southern Illinois bar-band circuit, where he worked as a drummer and a vocalist, and where he sang everything from the soul hits of the day to hard core C& W. Terry Ogolini met him early on, and was adopted into Twist's band. Then Ogolini brought Pete Special along to catch the big guy's act one night in Carbondale ("I was knocked out, just overpowered by him," Special recalls), and the three have been virtually inseparable ever since.

More than a decade later, that's still the nucleus of the band -- Ogolini, Special, Twist -- the tenor honker with his beret, the flashy young guitarist, and the massive super singer. They've spent their time on the tough circuits, and in numerous Chicago taverns, recorded two previous albums, and seen numerous other Mellow Fellows come and go.

Now the lineup is the strongest it's ever been -- a true "dreamband" according to Special, that includes Twist's nephew, Tango West, on bass ("I always wanted him, but he just now got old enough to come out on the road with us," Twist says), Don Tenuto on trumpet, Jim Exum on trombone, blues veteran Willie Hayes on drums and the superb Sid Wingfield (late of Luther Allison's band) on keyboards.

It's not just the collective chops that make this group so fine, either. As Special says, "It's the commitment! Some of our players in the past have been slick and professional, but they didn't have the love and commitment to this music that we have. We're basically a from-the-gut rhythm and blues band, and our roots are in that golden era of R&B, with the horns and that raw funky sound; that's what we do best. Now, we're doing it better than ever."

Indeed they are, and the proof of that is here in their first album for Alligator. On it, Twist and the guys run the gamut of blues, R&B and soul, from Howlin' Wolf to Tony Joe White, with plenty of stops along the way. Classic stuff, for sure -- all blasting horns, sizzling guitar, and a voice that can sing everything from gutbucket blues to polished ballads with equal ease, passion and believability.

Truth is, these guys just may be the best R&B band currentlyon the road. Listen to them. . . but do so with caution. You may be hooked forever. 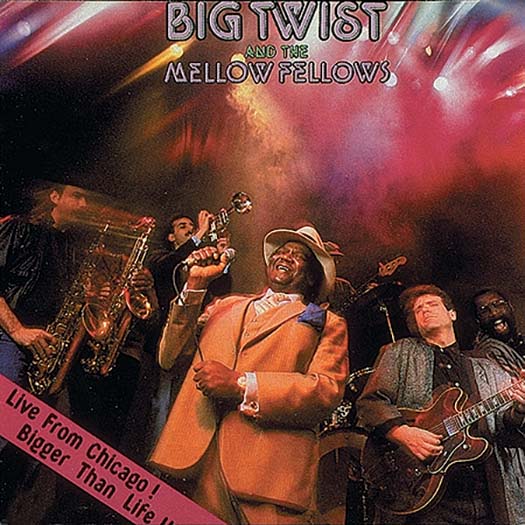