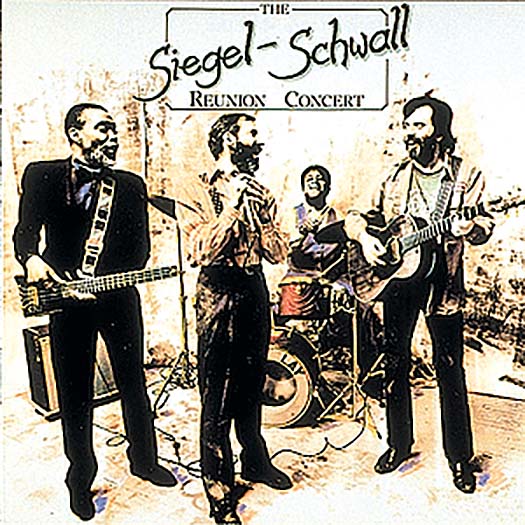 One of Chicago's best-loved bands of the '60s and '70s reunited for one very special concert. Melodic, semi-acoustic blues laced with warmth and humor. "Something to celebrate"--CHICAGO TRIBUNE

Very, very special thanks to Seth Mason of WXRT-FM, without whose efforts this concert and recording would never have taken place.

This is the concert of the Siegel-Schwall Band, a Chicago band who reunited in the summer of 1987 for one show, a show conceived in the spirit of celebration.

The story starts back in 1964, when two Chicago college kids, Corky Siegel and Jim Schwall, met in the Roosevelt University Jazz Band.  Discovering their common love for the blues, they began playing as a duo, with Corky on harmonica and piano and Jim on guitar.  As the joy of playing together became a consuming distraction, finishing college was just not as relevant as playing in bars.  As Corky put it, "We didn't drop out.  We just stopped going."

It was only a matter of months before a club called Pepper's Lounge on the South Side offered them steady work.  The duo expanded into a quartet, thrilled to be sharing the bill with Muddy Waters, Jimmy Reed, James Cotton and Little Walter.  Howling Wolf, who almost never considered sitting in with other bands, would regularly drop by to play with Jim and Corky.  While seminal British rock groups were discovering a blues tradition that emanated from the South Side of Chicago, the Siegel-Schwall Band was growing up surrounded by that tradition.  For bands like The Stones and The Yardbirds, names like Muddy Waters and Howling Wold were exotic inspirations.  For Siegel-Schwall, they were the guys who played with them on 43rd Street.  No less inspirational, but a lot closer to home.  And when blues came to the North Side for the first time, the Siegel-Schwall Band, along with such bands as The Paul Butterfield Blues Band and the early Steve Miller Band, brought this vital music to a new audience.

The Siegel-Schwall Band was signed by Vanguard Records and released their debut album in early 1966.  Their original songs showcased a band whose style was already distinctive, and when they interpreted songs by Willie Dixon or Jimmy Reed, their treatment was more subtle than brash.  Jim's amplified acoustic guitar and Corky's harmonica conversed without pretense.  A deft touch, a casual air and lighthearted humor revealed a group that appreciated their influences without imitating them. To Chicagoans, their version of a blues classic like Corinna would always be definitive.  And their original, I Think It Was The Wine, an enduring favorite, became a less than serious anthem to excess.

In the late '60s and early '70s their career flourished.  They cut ten albums altogether and stunned audiences and critics in cities from Boston to San Francisco, performing with bands like The Allman Brothers, Janis Joplin and Big Brother, and Jefferson Airplane.  At the same time, the Siegel-Schwall Band had the unique distinction of playing with The Chicago Symphony Orchestra and The Boston Pops, and recording a widely acclaimed album with Seiji Ozawa and the San Francisco Symphony.

The first live concert WXRT had ever broadcasted featured the Siegel-Schwall Band.  Would it be impossible to bring together a band who hadn't performed together on stage since 1974, to help celebrate the 15th anniversary of a Chicago radio station?  Not impossible.  Jim Schwall had moved to Davenport, Iowa.  He'd never stopped performing, but preferred playing around the Midwest rather than doing a lot of touring.  Rollo did tour.  He'd travelled to places like Russia and East Berlin as the bassist in Sun Ra's Arkestra.  Shelly Plotkin wasn't available to play drums, but Sam Lay, an early band member and one of Chicago's great blues drummers (you might recall his name from Paul Butterfield's debut album), was.  Corky had remained the group's most active performer, with a succession of concerts and four solo albums.

A throng of disbelieving fans and friends gathered this night at the new Vic Theatre (which nearly everyone noted was mere steps away from the old Quiet Night).  And for a band who grew up with the Chicago music scene as much as they helped to define it, the Siegel-Schwall band uncovered the kind of live performance some must've thought irretrievable.  "It wasn't nostalgia.  It was nothing but fun."  This is the concert of a Chicago band.  A celebration.  "We try to do it from the heart." 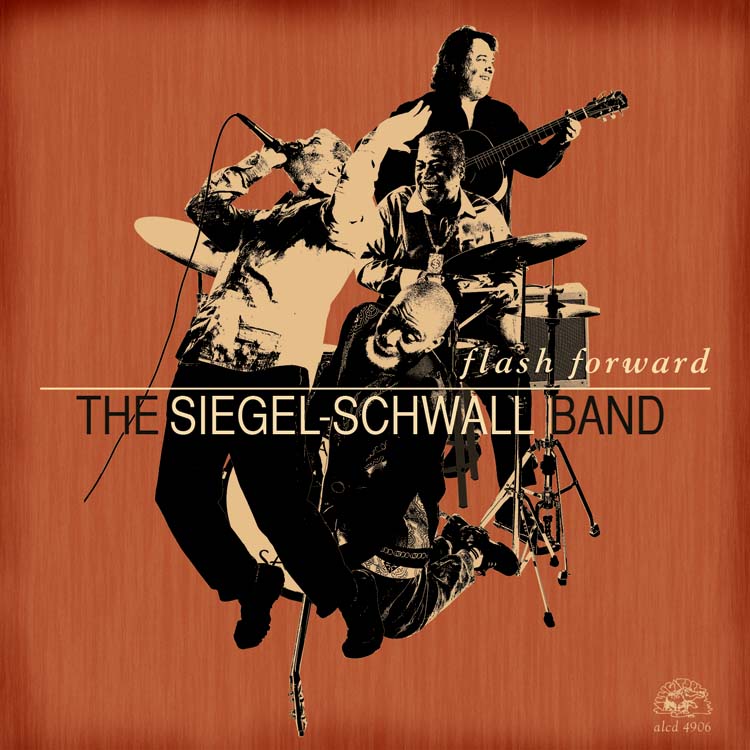