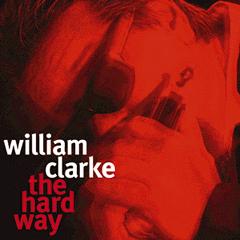 All songs by William Clarke, Eyeball Music, BMI, except as shown.

The Boss was inspired by the recordings of Willis "Gator Tail" Jackson. -- W.C.

This is my fourth album for Alligator Records. I feel it is also my bluesiest and at the same time my jazziest. While I have always been a fan of the deep blues, I have also been a fan of the blues-influenced sound of jazz organ trios that feature the tenor saxophone. For me, the blues has to be deep, emotional, convincing and from the heart. As far as the jazz-oriented tunes go, they must swing and be very bluesy. I have been highly interested in deep blues and blues-oriented organ trios for thirty years. This is music from my heart.

Despite the title of his fourth Alligator release, Los Angeles harmonica ace William Clarke has too much command of his art to sound like he's doing anything the hard way, although much of what he does so easily would be more than difficult for a lesser musician. "Jumpin and jivin' and singin' and swingin,'" as the late Albert King used to put it, Clarke builds on many strengths and emphasizes a part of his music both new and old.

Fans familiar with the veteran's solid and substantial slice of the blues discography or the ever-growing pile of laudatory press clippings already know that nobody swings harder, digs deeper into a slow blues or does it with such a huge tone that the Jolly Green Giant probably turned that color out of envy.

All the attractions of Clarke's consistent approach are back, mature and blue hot. With The Hard Way, William Clarke continues to hold down his place at the forefront of the musical turf where West Coast jump meets vintage Chicago blues. The recording ambience too is decidedly vintage. And once again, he's assembled a solid group of sympathetic, idiomatic and just plain enjoyable players to accompany him through a no-nonsense program heavy on originality. His nods to the repertoires of Roy Brown, Muddy Waters, Mercy Dee, and Baby Face Leroy Foster's all-too-anthemic Blues Is Killing Me, plus a noticeable increase of the vocal influence of Junior Parker, cover the usual hallowed ground which Clarke surveys these days with his own musical and living credentials well in order.

What makes it extra interesting this time around is that Clarke, with songs like The Boss, Walkin' and Moten Swing makes a point of aiming a major nod in the direction of the tenor sax-led organ combos which have always been a key, basic inspiration for him. Listeners who still dig those outings from thirty-some years ago by the likes of Gene Ammons, Willis Jackson and Jack McDuff, or those grooving to their current reincarnation as "Acid Jazz" will pick up on familiar riffs, melodies and attitude from the musical realm where the only thing harder than finding the line between blues and jazz is explaining why that line even matters when the feeling is there.

Yet other than showcasing some of those hip building blocks in a less subtle way than usual, this really means no change in Clarke's approach, or those of many of his influences and peers.

Not for nothing has the blues harp long been nicknamed the "Mississippi Saxophone." Masters and definers of harp style dating back to John Lee (Sonny Boy) Williamson and Little Walter down through Paul Butterfield, Charlie Musselwhite (who recently cited Clarke as the benchmark for good tone), Kim Wilson and most of their cohorts have always been informed directly or indirectly, in their phrasing or improvisation, by swinging, jazzy blues. The feeling for and of the jazzy end of the blues spectrum (or is it the reverse?) has always been obvious in William Clarke's playing. On The Hard Way, he serves up a confirmation and affirmation that, yes, this central piece of his music is by design. Besides his usual inserting of jazz concepts into his blues soloing, his choosing to record three straight-ahead jazz tunes is somewhat of a personal innovation for him. But it's certainly a chapter in a long and widely recognized part of the canon for serious blues harp players.

Instead of deciding whether to call it blues or jazz, maybe we can just tap our feet and enjoy the best of both worlds -- William Clarke's jazziest AND bluesiest release yet. Checking out these hard-driving sounds of -- well, buyers are hereby granted the right to call this good music whatever they want -- has got to be the easiest way yet to do things the hard way. 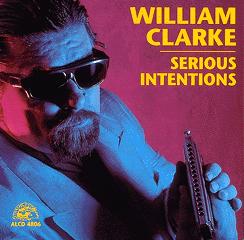 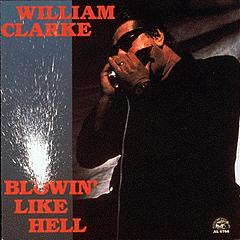 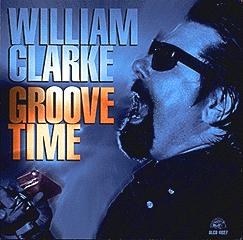 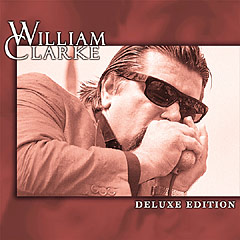