The High Cost Of Low Living

All songs by Nick Moss, Eyeball Music, BMI, except as shown

The High Cost of Low Living marks the return of Nick Moss to traditional, Chicago and jump blues and old school rock and roll after his recent explorations into bluesy rock and jam band stylings. Among the most creative and deepest blues artists on the scene, Nick came up through the ranks, playing with and learning from real deal Chicago bluesmen – as one of Buddy Scott’s Rib Tips, with Jimmy Dawkins, with Wille “Big Eyes” Smith and Pinetop Perkins in the Legendary Blues Band, and as a member of Jimmy Rogers’s road band. During his remarkable solo career, he has notched 21 nominations for Blues Music Awards, recognizing his guitar skills, his bands and his recordings. Hearing a mature, reenergized Moss make a total recommitment to his roots is cause for celebration.

New and old partnerships produced The High Cost Of Low Living. The most significant of these is the addition of harmonica wizard Dennis Gruenling to the band. With seven solo CDs under his belt, the 2017 BMA nominee is acclaimed as an innovator and celebrated as much for his unerring musical sense as his technical mastery.  Gruenling remembers, “I met Nick over 20 years ago. I thought he was great even then. We were around the same age, and we developed a friendship over the years. I can’t believe how long I’d known him without playing in his band.”

As Nick tells it, “We backed Dennis for maybe five gigs during the week of the 2016 Chicago Blues Fest. I knew he was great at jump blues, but when we played classic Chicago blues, it was magical. In October 2016, Dennis called us to do a benefit show. At the end of the night, I said, ‘This feels right.’ So I asked, would he want to play with us more often, as a featured guest. Then we did the 2017 Legendary Rhythm & Blues Cruise together, and after it was over, I said, ‘Dude, let’s call it what it is. You’re part of the band now.’”

This brings up another important partnership that shaped The High Cost of Low Living– that of the Nick Moss Band. Moss is justifiably proud of his young players. “There are a lot of great bands, but I don’t see anyone out there who can cover all the bases they can, and do it as well as they do.” Gruenling points out that the NMB functions in the spirit of the great ensembles of Little Walter and Muddy Waters. “I had a blast doing the record. What I love about playing with Nick’s band is the live interaction and reaction. The magic is always happening in the moment. Not every band can do that.”

The next key partnership was forged when Moss brought in Christoffer “Kid” Andersen to co-produce the album. Andersen, the superhuman guitarist in Rick Estrin & The Nightcats, is also the award-winning owner-operator of San Jose’s Greaseland studio. Gruenling says, “I loved working with Kid in the studio. He knows the traditional style and slant on this music, and understands where we want to go with it.  We weren’t looking to recreate the old sounds. We want to sound like a real band, playing this music now. Very few people know enough to be able to push those boundaries like Kid.”

The final, indispensable partnership behind The High Cost of Low Living is the new affiliation between Nick, Dennis, and Alligator Records. After releasing 12 albums on his own Blue Bella imprint, Moss made joining Alligator a priority. “I knew I was gonna be doing a hard core blues record, and Bruce [Iglauer, Alligator head honcho] was really my only target. Alligator is hometown. Chicago blues and Alligator are synonymous.” The relationship seemed predetermined. The Alligator harmonica summit album, Harp Attack!, which brought together James Cotton, Junior Wells, Carey Bell, and Billy Branch, set the course of Gruenling’s life; Moss cut his teeth on the Alligator compilations Blues Deluxe and The New Bluebloods.  And the signing completes a circle for Nick. “Thirty years ago,” he recounts, “I’d just had 80% of my kidneys removed. My brother snuck me out of Children’s Memorial Hospital across the street to the Wise Fools Pub, to go see Little Charlie and the Nightcats, who were touring behind their first Alligator record. I remember watching these guys that were so great and havin’ so much fun, and I vividly recall saying to myself, ‘Man, if I could do that for the rest of my life, and just pay my bills, I’d be happy.’ Thirty years ago, I walked into that club, and thirty years later, I’m releasing my first Alligator record.”

Of his return to deep blues, Moss says, “It feels awesome, man. It’s in my nature. It really is the music I love the most.” With Nick, Dennis and the band playing and singing with fifth gear urgency, and the impressive, unfiltered performances in these tracks, The High Cost of Low Living is ready to assume its place as one of the finest titles in Alligator’s storied catalog, and one of the great contemporary blues recordings. 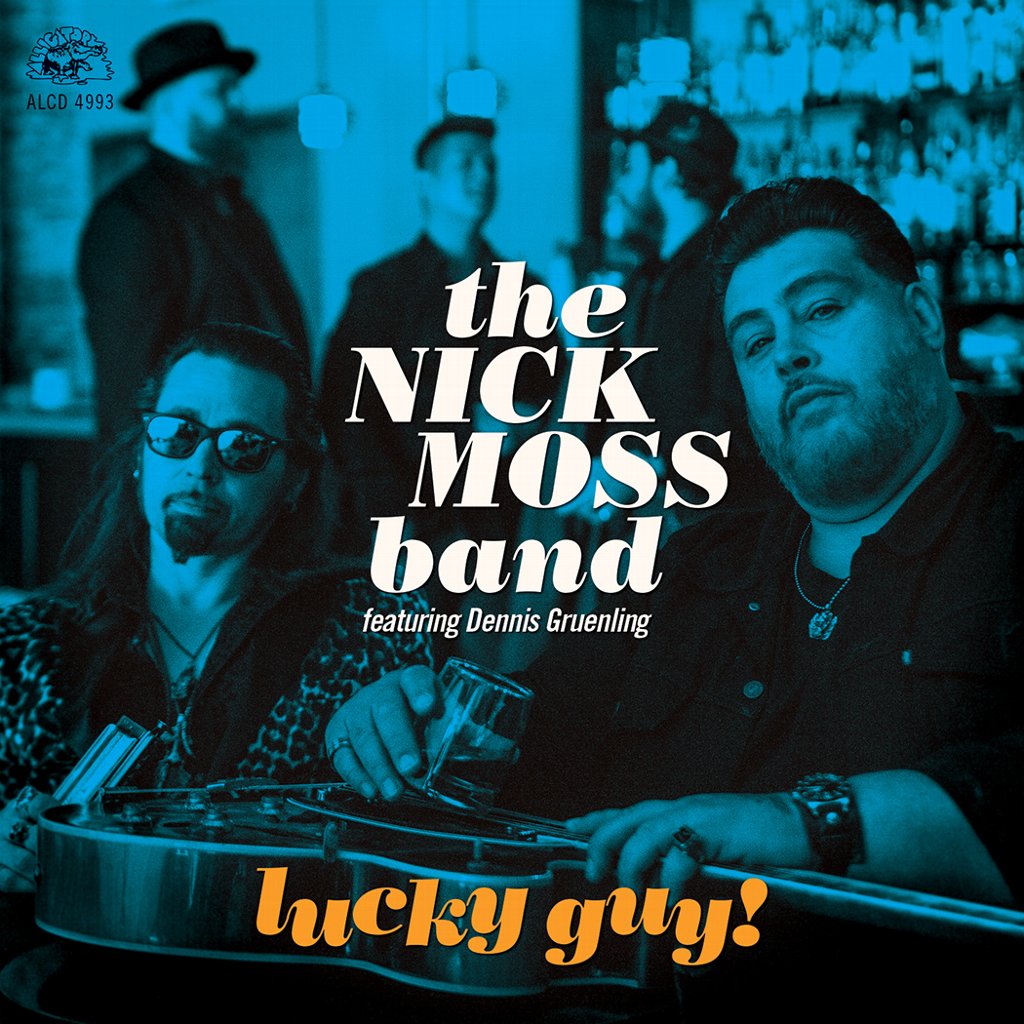