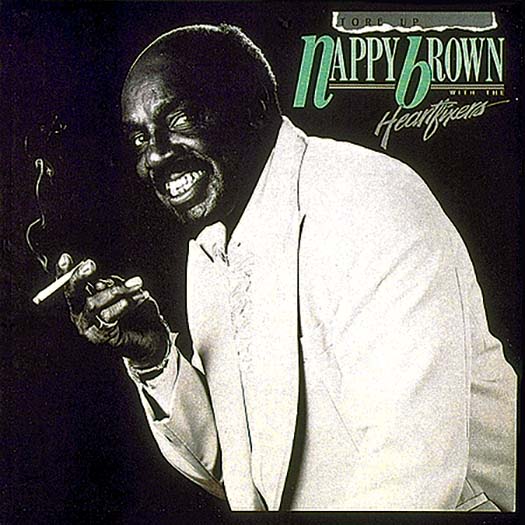 The great 1950s blues shouter made his comeback on this 1984 record. Featuring young Tinsley Ellis on guitar. "Extraordinary excitement...One of the best discs of the decade"--LIVING BLUES

Originally released in 1984 on Landslide Records

Nappy Brown is back--again. A rhythm and blues legend in the '50s, originator of the classic Night Time Is The Right Time (better known--but not better sung--in Ray Charles' version), a gospel singer of note both in his native Charlotte, North Carolina and occasionally on record, and a figure whose withdrawal from the music world in the '60s and '70s fueled various sorts of speculation (was he dead or in prison?), Nappy has returned with an album that puts all of his considerable vocal skills on display and with the enthusiasm that has animated his very best work whether in the gospel, blues, or rhythm and blues field.

Born in Charlotte in 1929, he started singing in the church (The First Mount Zion Baptist Church) but began fooling with the blues from "hanging out on the street corner" outside a little club called the Night Owl in the early 1950s. "Me and three more fellows just started to singing, we would sing along with the piccolo, the jukebox, you know, and I had one song of my own that I wrote called Lemon Squeezin' Daddy. Back in the '50s they wouldn't let you record that kind of song, though, you had to be very polished--and I was singing spirituals anyway. I didn't want my mother to know I was singing the blues. But then a friend of mine had a gospel group called The Heavenly Lights, and we went to Newark, New Jersey to be recorded (by Savoy Records). And on that particular day (label owner Herman) Lubinsky told me to come back down to his office. So I said, 'All right.' And he asked me could I sing the blues? I said 'yes' just like that. He said, 'I want to talk to you about it.' So I said, 'Okay.' So the Gospel Lights didn't do too well, and I started singing around, and I was playing a place in Newark called the Golden Door, I went up there for a talent scout show, me and Roy Hamilton,and he won first prize with You'll Never Walk Alone, and I won second with my same song Lemon Squeezin' Daddy. Well, Lubinsky signed me to a contract that night, and I still couldn't record my song, but I had this other song, Don't Be Angry -- I had it slow, and he wanted to cut it a little faster, and I done it his way (on his second Savoy session, in 1955). And that was the start of things."

His career was built on a bedrock of blues and sound effects, with most of the records offering one side of straightforward, deep-voiced blues shouting and the other the kind of novelty number that Patti Page would adapt from Nappy like Piddily Patter Patter . The reason that he was so well-suited to this sort of number as well as to the impassioned declamations which made up his blues repertoire was a surprising vocal flexibility and a prediliction for verbal invention that came, Nappy says, from listening to the radio as a child "when I would hear foreign stations on the air real, real late at night. And I would just clown around and enjoy myself, putting different words together to imitate the sounds, just a gimmick, you know--I really didn't know what I was doing. But the first time I recorded for Lubinsky, I was singing like "Well-a, well-a, well-a, baby-la ' and Lubinsky started beating on this old pasteboard box and he started yelling, 'Oh boy, this is my lucky day.' Because I didn't know what baby-la meant until that day Lubinsky told me I was talking Jewish!"

It's all here on this record, the gospel roots, the R&B tradition, the blues truths, and the vocal antics--all abetted by a voice that is immediately recognizable as Nappy Brown's and Nappy Brown's alone, with both the forcefulness and the same bravura quality that has always enabled him to pass almost surrealistically from yelps to crooning asides to characteristically gruff bass notes to the thin plangency of a number like Ray Charles' Losing Hand. There are contemporary songs given pertinent readings, old songs revived, and brand-new vistas opening up. There is even a rousing version of Lemon Squeezin' Daddy, the song that was the unrecorded vehicle for his signing a recording contract some 30 years ago. Asked if he feels any tension between singing gospel music and singing the blues, Nappy replies, "I can sing both. I always have done that, but I don't feel like it's no harm because I enjoy singing--period. A lot of people have a problem with that, they feel like it's wrong to do this or that, but the way I see it, it's just making people happy. To my thinking I got this gift, so use it." 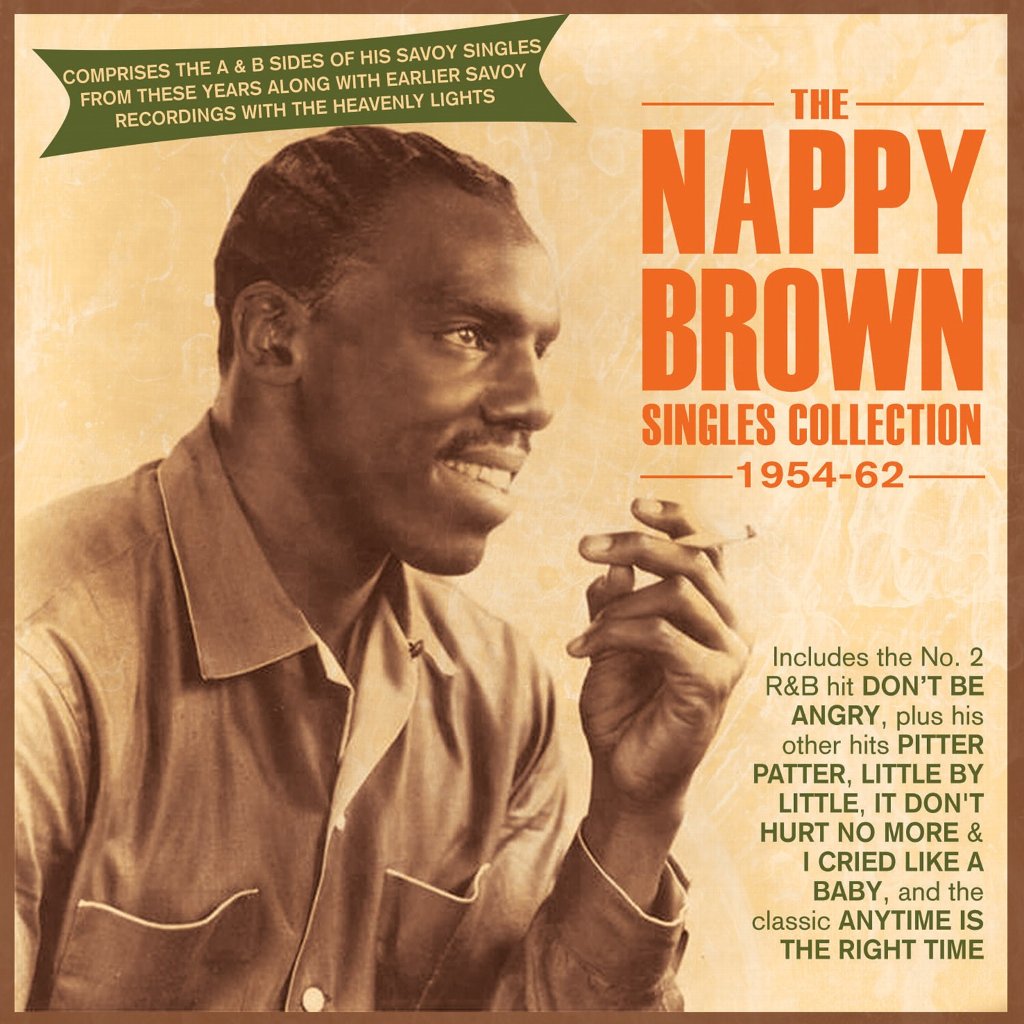