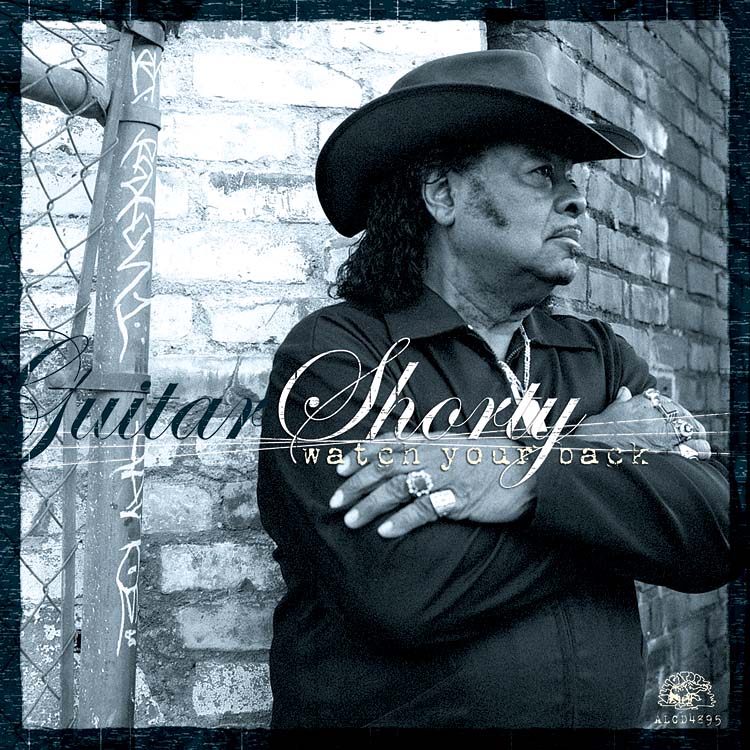 Guitar Shorty would like to thank everyone who helped in putting this project together and getting it where it needed to be--his band; Howard Deare, his band leader; Andy T.; Brian Brinkerhoff and Jesse Harms; his manager and friend Georgina Graper Moore of Moore Music, Inc.; Bruce Iglauer and the entire staff of Alligator Records.

Special thanks to everyone who helps keep the blues alive, including Gary "The Wagman" Wagner, Gary Chiachi, Ed Archer, Tina Mayfield, Laura Mae Gross and KKJZ, 88.1 FM in Long Beach.

This project is dedicated to the memories of Al Hendrix and Yvonne Williams.

Guitar Shorty stands tall among his fellow bluesmen. He's been electrifying audiences for five decades with his supercharged live shows. But, though he had recorded a handful of singles starting in 1957, it wasn't until the 1990's that he released his first full album and the world began to open its collective ears to one of the blues' best-kept secrets.

While his five previous discs surveyed the musical landscape from New Orleans funk to Texas shuffles to classic R&B, Watch Your Back burns with heavy rock and roll fire from start to finish, putting Shorty's ferocious energy and guitar pyrotechnics in the spotlight. "This is the record I've always wanted to do," he says proudly. "The songs and arrangements are what's been inside my head my whole life."

And what a life it's been. Through the years, Shorty has performed with blues and R&B luminaries like Ray Charles, Sam Cooke, B.B. King, Otis Rush, Guitar Slim and T-Bone Walker. He's toured worldwide, delivering searing performances at virtually every major blues festival and in hundreds of clubs. And he's won a legion of devoted fans.

David William Kearney was born on September 8, 1939 in Houston, Texas and raised in Kissimmee, Florida by his grandmother. He began playing guitar as a young boy, excited by the sounds of B.B. King, Guitar Slim, T-Bone Walker and Earl Hooker. At 17, he was already good enough to earn a gig as featured guitarist and vocalist in Walter Johnson's 18-piece orchestra. Being younger-and shorter-than the rest of the band, the club owner dubbed him Guitar Shorty, and the name stuck. After a Shorty performance in Tampa, the great Willie Dixon, who was in the audience, approached the teenager and said, "I like what you're doing; you've got something different. I gotta get you in the studio." A few weeks later Shorty was in Chicago with Dixon as producer and, backed by Otis Rush on second guitar, he cut his first single for Chicago's famed Cobra Records (the first label home for Rush, Magic Sam and Buddy Guy) in 1957.

Soon after, Shorty met one of his idols-Guitar Slim, famous for his hit "The Things That I Used To Do" as well as for his wildman stage antics. Inspired by Slim, Shorty began incorporating some of Slim's tricks into his own shows. Soon he was doing somersaults and flips on stage, while continuing to hone his own high energy musical style. He recorded three 45s for the Los Angeles-based Pull Records label in 1959. Those six sides--all Guitar Shorty originals--showcased his tough vocals and his wild guitar, and earned him a loyal following.

Shorty gigged steadily, working with Little Milton, B.B. King, Lowell Fulson, Johnny Copeland and T-Bone Walker. He eventually settled down in Seattle where he married Marsha Hendrix, Jimi's stepsister, and became a strong influence on the young guitarist. Hendrix confessed that in 1961 and 1962 he would go AWOL from his Army base to catch Shorty's performances. "I'd see Jimi at the clubs," Shorty recalls. "He'd stay in the shadows, watching me. I can hear my licks in 'Purple Haze' and 'Hey Joe.' He told me the reason he started setting his guitar on fire was because he couldn't do the back flips like I did."

Shorty migrated to Los Angeles in 1971, working as a mechanic by day while playing gigs at night. By 1975 he was playing full-time again-although he had his share of career tribulations, including a performance (albeit a winning one) on The Gong Show in 1978, playing guitar while standing on his head. After overcoming a serious 1984 auto accident, he recorded an EP and a few more singles, showcasing his fat-toned guitar licks and rough-edged vocals.

He finally cut his debut album for the JSP label in 1990, while on tour in England. Released in 1991, My Way Or The Highway won the W.C. Handy Award for Contemporary Foreign Blues Album Of The Year and revitalized Shorty's career in the U.S. The New Orleans-based Black Top label then signed him and released three albums during the 1990's, and Evidence Records issued a CD in 2001. All received massive critical acclaim as Shorty barnstormed his way across the U.S. and around the world, with stops in Europe, China and Malaysia. Appearances at major festivals brought him to larger and larger audiences. At the 1998 Chicago Blues Festival, Shorty opened for his old boss, Ray Charles, and thrilled an audience of thousands with his jaw-dropping stage show.

Now, with Watch Your Back, he's rocking harder, singing stronger and playing with a passion almost unmatched on today's blues scene. This guitar-wielding, soul-singing musician is on the brink of a breakthrough, as more and more people discover Guitar Shorty--a true giant of the blues.
--Marc Lipkin 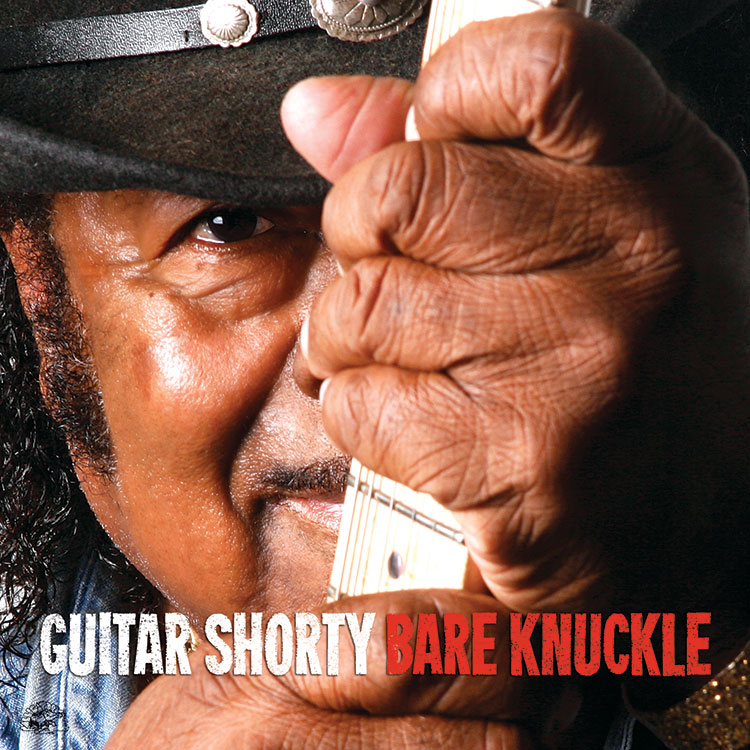 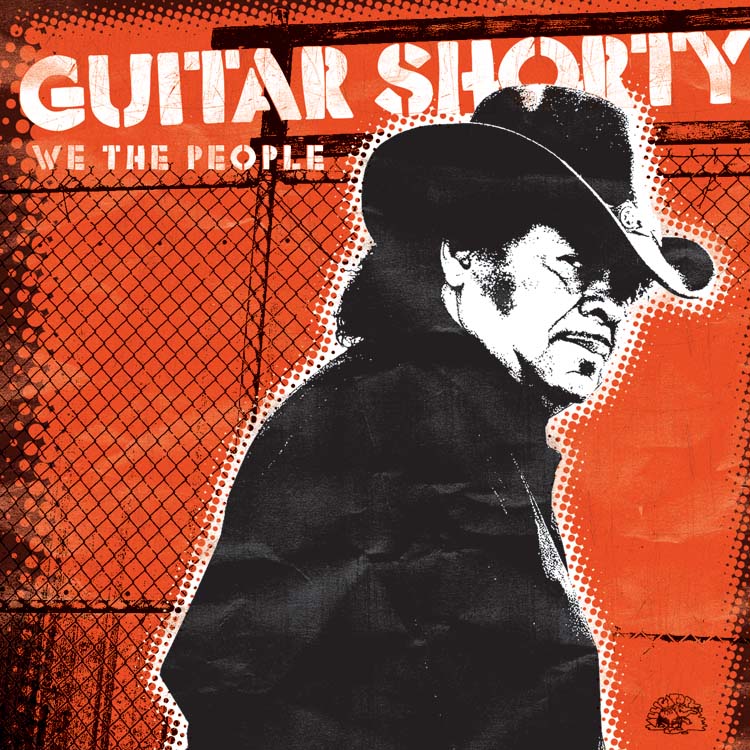