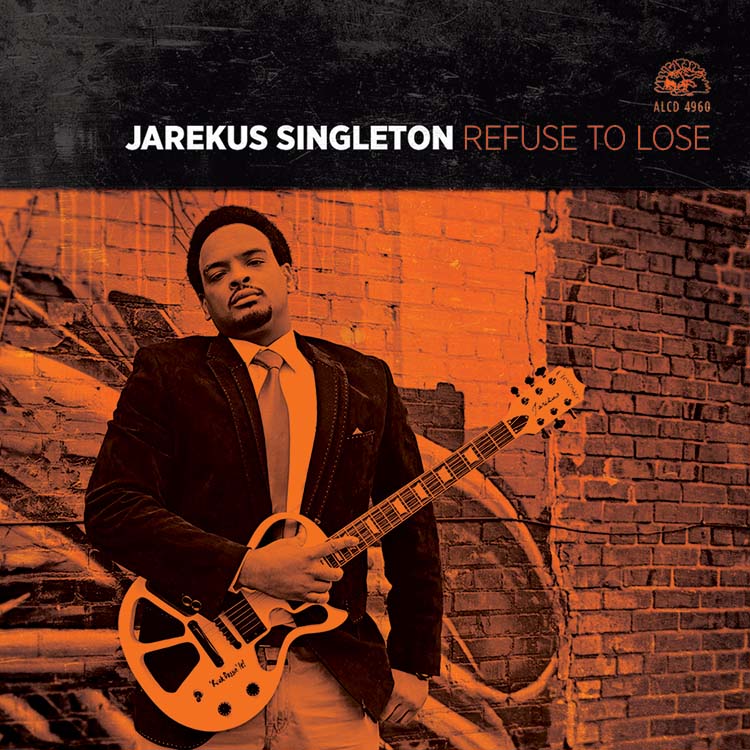 Mississippi has long been recognized as the heartland of the blues. Hundreds of the greatest blues men and women have sprung from its soil, from Charley Patton to B.B. King, from Son House to Otis Rush. There’s some kind of Mississippi magic that seems to nurture the very best in blues.

Now, from Clinton, Mississippi, just outside of Jackson, a charismatic young bluesman is stepping onto the world stage. His name is Jarekus Singleton (that’s pronounced Juh-REE-kus), and he’s already proven himself to be one of the most exciting and visionary of the next generation of blues artists. He’s armed with a slew of startling, original songs, a scintillating guitar attack, a powerful stage presence and a natural storyteller’s voice.

Jarekus grew up in the cradle of the blues, but his musical inspiration didn’t begin in a Deep South juke joint. He began playing in his grandfather’s church, starting on bass when he was only nine years old. His deeply religious family wanted him to stick with gospel and avoid more secular music. But when Jarekus was a young teen, hip hop was all over the radio, and he became a fan of rap even before he ever consciously heard the blues. His first rap hero was Twista, and his love of artists like Jay-Z, Joe Budden and J. Cole has hugely influenced his writing, with its unusual rhymes and ingenious wordplay. The blues first grabbed young Jarekus when he was 15. He had recently switched from bass to guitar, and his uncle, a blues guitarist, took him out to a local club. It was there that Jarekus first heard Albert King’s I’ll Play The Blues For You. He was fascinated. It became the first blues song he learned to play, and the one that made him dream of becoming a bluesman. The fire and passion of artists like Albert, Buddy Guy, Freddie King and Stevie Ray Vaughan inspired him, as did the personal mentoring of the late Michael “Iron Man” Burks. But because Jarekus didn’t grow up emulating only blues artists, he doesn’t feel obliged to always use the traditional blues structures and beats. He can rock out, get funky or deliver a subtle ballad, but it all feels like the blues. As one fan told me, he bends strings like a bluesman, sings like a soul man and rhymes like a rapper.

It was a short Jarekus showcase performance in Memphis in early 2013 that announced to me that this young man was something special.  He carried himself on stage like a confident young lion stalking his prey. His fresh songs, intense energy, unpredictable guitar solos and undeniable presence all made me believe that he was ready to step into the big leagues. But I needed to be sure. A few weeks later, I flew down to Jackson and watched him play for a full evening in a local club, pouring himself into his music and holding the audience in the palm of his hand. I was sold. As we began preparing this album together, I learned more about the depth of his talent. He’s a prolific songwriter, carefully crafting every lyric and melody, telling real life, streetwise and sometimes funny stories brimming with surprising images, pop culture references, infectious rhythms and unexpected musical twists. He’s a consummate bandleader, directing the other players like he led his team as a star college basketball point guard. And he’s a very serious young man, driven to make his mark by creating contemporary music that will resonate beyond a hardcore blues audience without losing its blues essence. He takes intense pride in carrying his Mississippi blues heritage forward into the new millennium, and infusing his music with great grooves, memorable lyrics and honest emotions. In I Refuse To Lose, he sings “My soul is my weapon, I won’t conceal it.” Jarekus, you couldn’t hide your soul if you wanted to. It’s there in every track on this album, just waiting for the world to discover.