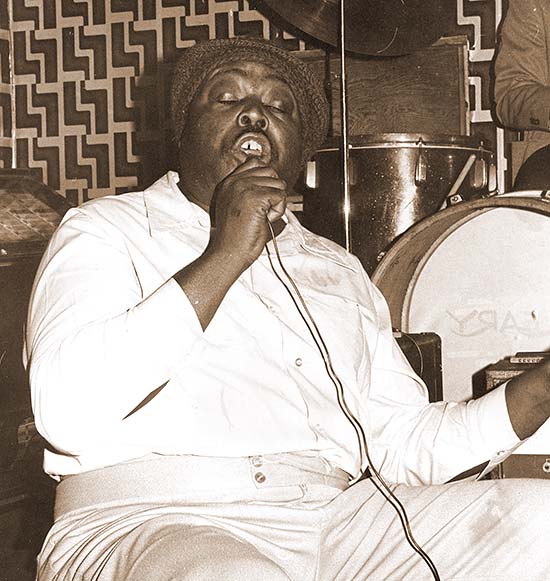 Big Leon Brooks’ deep voice and heavy harmonica tone harkened back to Chicago blues of the 1950s—his style having been preserved by a long hiatus from music. He was influenced very little by the funkier, guitar-driven blues of the ‘60s and ‘70s. Leon was quick to point out that there were better harmonica players years ago. “We had quite a few harmonica players back then that were pretty damn good…. they had more weight, more tone. You got to really blow from within; you’ve got to have that feeling for music, blues music. This is something you don’t find many harp players with today.”


“The Big Man,” as he was aptly called around his home (he often wore shirts with “Big” embroidered on the pocket instead of his name), began playing harp when he was six years old. Growing up in Sunflower, Mississippi, he had a chance to learn from the masters. Leon recalled meeting Sonny Boy Williamson (Rice Miller), Elmore James, Boyd Gilmore and Charlie Booker. “I was raised up around those guys,” he remembered, “but I really learned a lot from the radio, too.”

Moving to Chicago in the early 1940s, Leon began playing with “kids in the neighborhood, on the street and down in Jewtown” (the Maxwell Street outdoor market). There he met his future mentor, Little Walter Jacobs. “I started out in Rice Miller’s style, but Little Walter was really my idol on harmonica, and I followed him around a lot. He was my coach.”

Still a teenager, Leon began slipping into the blues clubs, hanging around mostly at The Zanzibar, where he sat in with the Muddy Waters band. During the early ‘50s, he played with Freddie King and Jimmy Lee Robinson, before forming his first band with guitarist Charles Pearson in 1953. The pair joined Jimmy Rogers’ band for a couple years, before Leon split off to form his own group again. He kept bands together off and on, and worked as a sideman with Willie Johnson, Kansas City Red, Floyd Jones, Otis Rush and Robert Nighthawk throughout the ‘50s.

Then, in the early ‘60s, disenchanted with the more guitar-dominated sound of modern blues, Leon retired from music. “It got to a point where we couldn’t get no gigs. I said ‘the hell with it’, and started strictly working, driving a truck. I didn’t even go to a club.” Nearly fifteen years passed before Leon, after repeated coaxing from the West Side singer called Tail Dragger, decided to re-enter music in 1976. Guitarist Paul Cooper soon brought Leon to the North Side, and in 1977 the harpist began a Sunday night gig at Kingston Mines that lasted almost a year. Then Leon returned to the West Side, working with Tail Dragger, Eddie Taylor and James Scott at Mary’s, The Golden Slipper and The Show & Tell. He was back on the North Side with Scott at the Broadway Night Club before being hospitalized in November 1979 with a heart condition.

He made his recording debut on Alligator’s Living Chicago Blues series in 1980, recording four tracks with an all-star band. He went on to cut a full album, Let’s Go To Town, for the small Blues Over Blues label. Leon died in 1982, at the age of 49, still known only to a small number of hard-core blues fans who love the sound of classic, 1950’s-style Chicago blues. 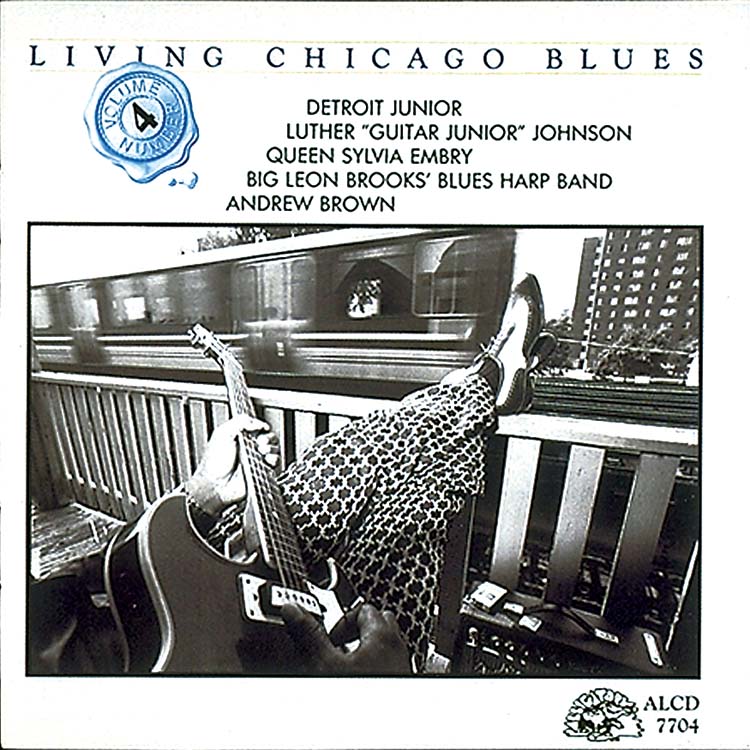