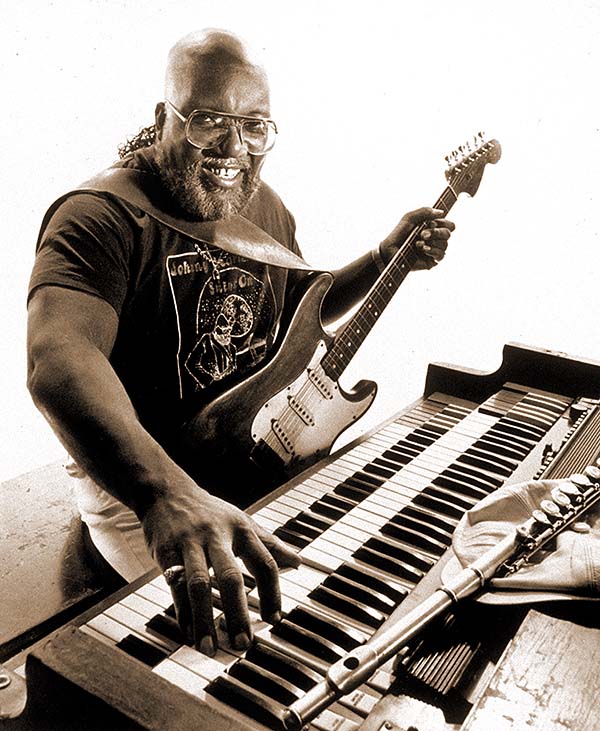 The blues world is full of shadowy figures, names known only from discographies and from the recollections of better-known artists. Johnny Heartsman was one of those shadowy figures. The veteran Bay Area bluesmen spoke about him with awe. They talked about a man who played on literally hundreds of 45s from the mid-1950s until the late 1960s. They talked about a man who was a master of both guitar and keyboards, a fine horn arranger and subtle vocalist. Johnny had played on sessions with Al King, Jimmy Wilson, Johnny Fuller, Tiny Powell and dozens of others. He had toured with Jimmy McCracklin and Joe Simon. But in 1967, after the breakup of his marriage, Johnny left his home base in Oakland and, for all practical purposes, disappeared.

Heartsman never stopped playing though, and occasionally appeared at a club or festival, sometimes cutting loose on organ or, however unlikely in the blues world, flute.
His voice was at once mellow and rich, and he left an indelible stamp wherever he played.

Dick Shurman, producer of Johnny's 1991 Alligator album, The Touch, takes up the story:

From the first time I heard Johnny Heartsman's guitar playing on some 45s in the late 1960s, I was knocked out by his atmospheric, distinctive and dazzling style. I would have loved to see him play, but he was then among the missing, far from his old stomping grounds, so I had to make do with a growing legend and my imagination.

In 1976 I was visited by some friends from the excellent Swedish blues magazine, Jefferson. Out of the blue(s), they mentioned having just encountered Johnny Heartsman in Sacramento, and even whipped out a tape to prove it. An immediate listening verified that his vintage style was intact, and also indicated how much more there is to John, both in the varieties of music he has mastered (all with an inescapable blues feel) and in his tremendous keyboard playing, flute, bass, singing, songwriting and arranging skills.

I finally caught up with Johnny, first by phone and then at the 1977 San Francisco Blues Festival. We did an interview for Living Blues and struck up a good friendship; his intelligence, memory and perceptiveness along with his amazing musicianship made knowing him even more of a treat than I expected.

I'd wanted to produce a record by Johnny ever since those days. At that time he didn't have any albums out at all, and I felt a new recording by him would be a revelation to lovers of sophisticated blues. I started bringing him to Chicago in 1980 and enticing Bruce Iglauer, who owns Alligator Records, to drop by his gigs. But Alligator was still a very small company, and couldn't take a chance on a bluesman who was more or less a cult figure. In 1983, John did get a chance to cut an album in San Francisco, and in 1988 he cut one in West Germany. I felt both were very nice (probably inevitable for an artist of John's talent and taste) but neither was fully satisfying.

Meanwhile, my collaborations with Alligator on albums by Albert Collins, Johnny Winter and Roy Buchanan as well as an album by Fenton Robinson  apparently confirmed Bruce's suspicion that I had some idea how to produce a contemporary blues record. After only a decade of badgering, I finally broke him down and he sent me off to Sacramento to scratch the longtime #1 itch on my agenda of producing fantasies.

As for John, he was more than ready. He wrote eleven of the songs, played all the lead guitar and keyboards (and of course flute), plus bass on one song. He sang all the lead vocals and high harmony on Endless. He proved that he's one of the most immediately recognizable as well as one of the just plain best blues guitarists I've ever heard, convinced me he's just as good an organist as he is guitarist, did all the other things he does with consummate class, and weaved it all into a swinging blues tapestry with a tone of personality, as I always knew he could if given the chance.

So, at last, my dream is fulfilled; the world finally gets to discover the Johnny Heartsman I heard in my fantasies. I hope the results bring as much joy to listeners as the project brought to me.--Dick Shurman

Johnny Heartsman continued to perform in Sacramento, on regular tours of Europe, and at various U.S. blues festivals until his death in December of 1996. 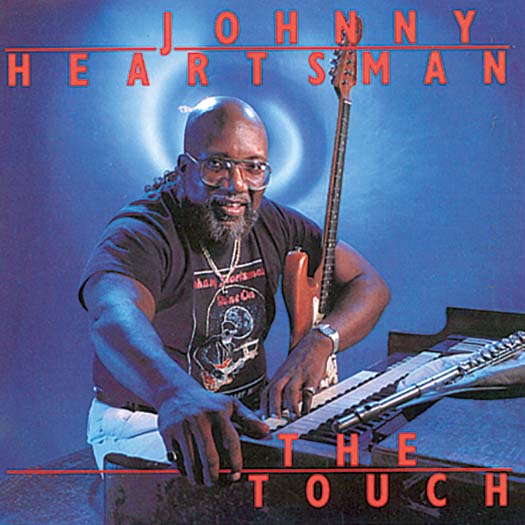