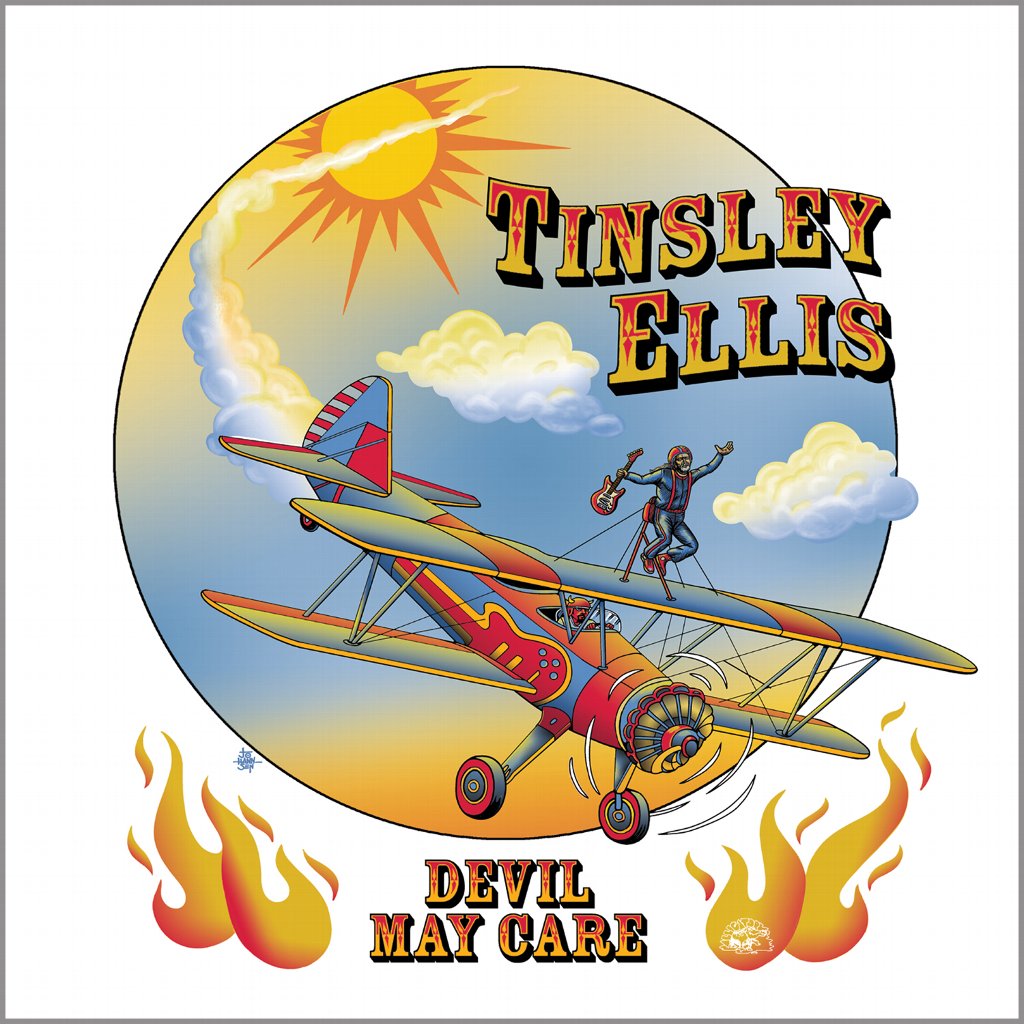 Tinsley Ellis unleashes the fury. Gritty vocals…catchy lyrics…extended solos
that are good to the last chop. Raw, ragged…authentic, potent and fresh.
[He is] a gunslinging guitarist with blistering chops.. —Living Blues

Today, Monday, January 3, Tinsley Ellis -- recognized as one of the world’s most astounding and accomplished blues-rock guitarists and performers, and one of the genre’s most original and prolific songwriters -- announced dates for his 2022 Devil May Care tour in support of his new album of the same name. Devil May Care launches on Friday, January 21. That same day, the tour kicks off from Ellis' hometown of Atlanta, Georgia. See full dates below.Also today, Ellis released One Less Reason, the first single and lead track on Devil May Care, to all major download and streaming services. The song received its world premiere on Sirius/XM's B.B.King's Bluesville in December, and has remained one of the station's most played tracks ever since. According to Ellis, "We wanted to open the album with a rollicking shuffle. It's been a rough two years, and everyone is ready to rock again. We are very excited to be hitting the road. It's been much too long."

Devil May Care, Ellis' 20th album, features ten of his most dynamic, original compositions, mixing muscular rock ‘n’ roll and hard blues into his own instantly recognizable sound. Created during the pandemic, Ellis wrote over 200 new songs, choosing his favorite ten for the album. The emotionally-charged guitar solos soar in full service to the songs, as if Ellis is living and breathing the sound rather than simply playing the notes. “The goal,” says Ellis, “was to make the guitar sing.”Relix says Ellis' music contains "powerful spine-tingling guitar and gritty, soulful vocals …an inspired and passionate fusion of blues and Southern rock." Guitar World declares, "Ellis’ playing sparkles with depth and subtlety. Whether playing deep, slow blues or uptempo rockers, Ellis rides a gorgeously fat, pure tone." Blues Music Magazine says he plays “perfect, and perfectly Southern, blues-rock.” Vintage Guitar says, “He delivers blistering blues-rock, soul romps, minor-key blues and shuffles—and it all sounds great.”Ellis toured the world non-stop for 35 years, until the pandemic hit. He captivated and amazed fans in all 50 United States, as well as in Canada, all across Europe, Australia and South America. He’s earned a massive, fervent fan base that can never seem to get enough of Ellis and his music. Fueled by his blazing, every-note-matters guitar work and his gruff, spirited vocals, Ellis delivers one imaginative and memorable song after another. Now, with Devil May Care and a new tour booked, Ellis is excited to reconnect with his fans and play his new songs live. "It’s been a long 18 months,” he says, “and now folks are ready to have some fun.”