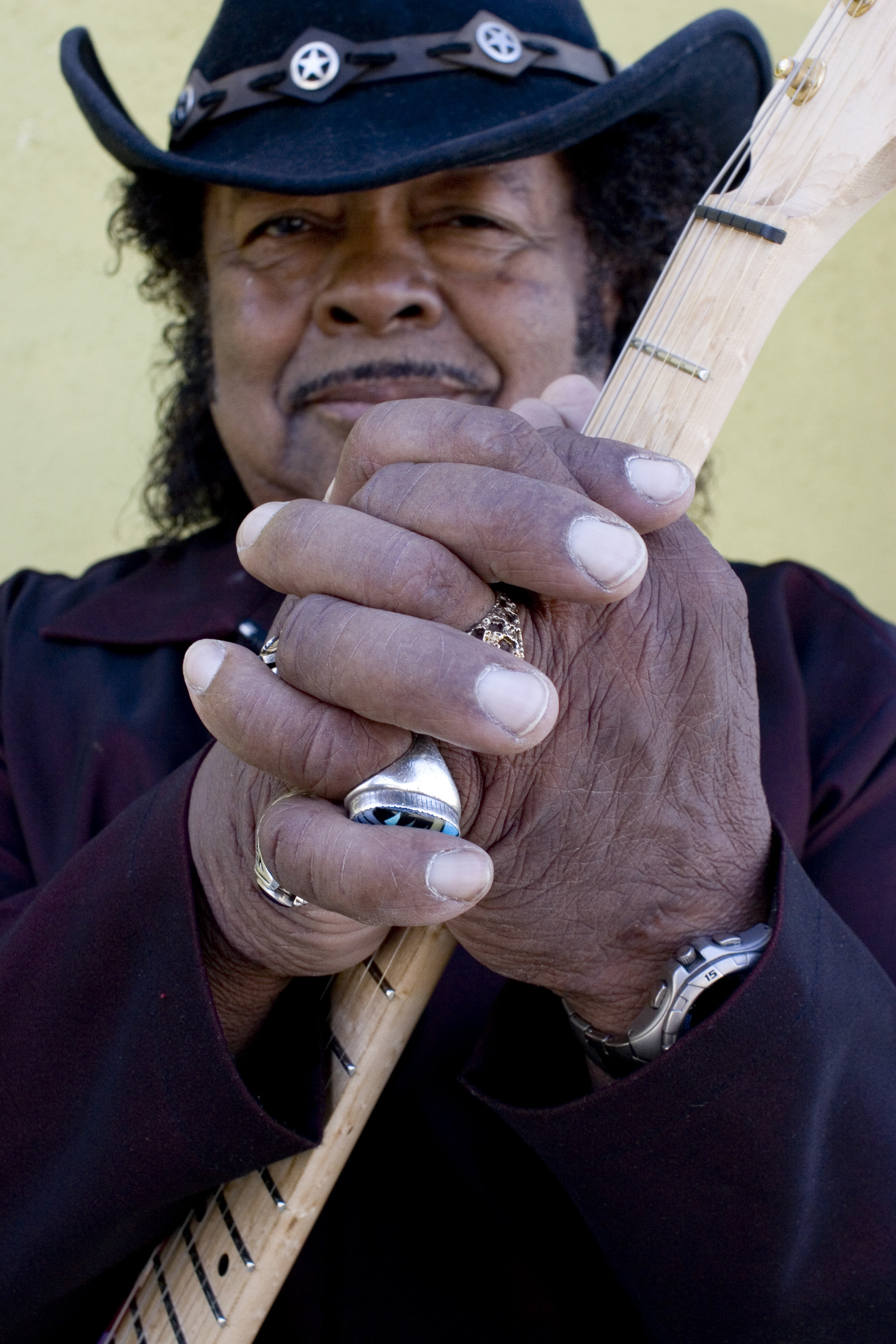 Award-winning master bluesman David Kearney — known and beloved by fans worldwide as Guitar Shorty — died on Wednesday, April 20, 2022 in Los Angeles, California, of natural causes. He was 87. Credited with influencing both Jimi Hendrix and Buddy Guy, Shorty electrified audiences worldwide with his unpredictable, slashing guitar playing, gruff vocals and supercharged live shows, where he would often do back flips and somersaults while playing. The Chicago Reader said, "Guitar Shorty is a battle-scarred hard-ass. He is among the highest-energy blues entertainers on the scene." Billboard said he played "blistering, modern blues-rock, bristling with galvanizing guitar and forceful vocals."

While still in his early 20s, Shorty toured with blues and R&B luminaries including Ray Charles, Sam Cooke, B.B. King, Guitar Slim and T-Bone Walker. Over the first 30 years of his career, he recorded only a handful of singles for a variety of labels and an LP for a small British label. He released ten full-length solo recordings since then, many of which received massive critical and popular acclaim. His renowned live performances kept him constantly in demand all over the world. MOJO magazine noted his "hard-hitting, unrelenting intensity" and "incendiary guitar playing." Paste said, "He's a guitar god, and he simply unleashes one great solo after another."

Guitar Shorty was born David William Kearney on September 8, 1934 in Houston, Texas and raised in Kissimmee, Florida by his grandmother. He began playing guitar as a young boy, excited by the sounds of B.B. King, Guitar Slim, T-Bone Walker and John Lee Hooker. After a move to Tampa when he was 17, the young Kearney won a slot as a featured guitarist and vocalist in the locally popular 18-piece orchestra led by Walter Johnson. Being younger—and shorter—than the rest of the band, a club owner bestowed the name Guitar Shorty on him, and it stuck. After a particularly strong performance in Florida, the great Willie Dixon, who was in the audience, approached Shorty.  A few weeks later Shorty was in Chicago and, backed by Otis Rush on second guitar, he cut his first single for Chicago’s famed Cobra Records in 1957.

Shorty’s fortunes continued to rise when the legendary Ray Charles hired him as a featured member of his road band. While touring Florida with Ray, Shorty connected with guitarist/vocalist Guitar Slim, famous for his hit Things That I Used To Do as well as for his wild stage antics. Shorty was offered the opening slot on Slim's upcoming tour, and Shorty jumped at the chance. Inspired by Slim, Shorty began incorporating some of the older artist’s athletic showmanship into his own performances. Before long, Guitar Shorty was doing somersaults and flips on stage. He next joined Sam Cooke’s touring band and eventually settled in Los Angeles. He gigged locally and recorded three 45s for the Los Angeles-based Pull Records label in 1959.

Shorty moved to Seattle in 1960 and eventually met Jimi Hendrix through mutual friends. Hendrix loved Shorty’s playing, and confessed that in 1961 and 1962 he would go AWOL from his Army base in order to catch Shorty’s area performances, and to pick up licks and ideas. According to Shorty, “Jimi told me the reason he started setting his guitar on fire was because he couldn’t do the back flips like I did.”

Moving  to Los Angeles in 1971, Shorty opened for all the great blues stars who passed through town, including Little Milton, B.B. King, Lowell Fulson, Johnny Copeland and T-Bone Walker. In 1978 he even performed on (and won) The Gong Show, playing guitar while standing on his head. He appeared, playing himself, in the 1990 Tommy Chong film Far Out Man. A major story in Living Blues magazine brought him even more attention and led to his first British tour in 1991. While there, he cut his first full-length album.

Guitar Shorty made three albums for New Orleans-based Black Top label during the 1990s, followed by one for for Evidence Records. The success of the albums led Shorty on multiple barnstorming tours across the U.S. and around the world, including the UK, Europe and Japan. Appearances at major festivals like The Monterey Bay Blues Festival, The San Francisco Blues Festival, The Chicago Blues Festival and The King Biscuit Blues Festival brought him to larger and larger audiences.

Shorty continued to tour and perform well into his 80s. His most recent album was 2019's Trying To Find My Way Back, produced by legendary musician Jerry "Swamp Dogg" Williams.