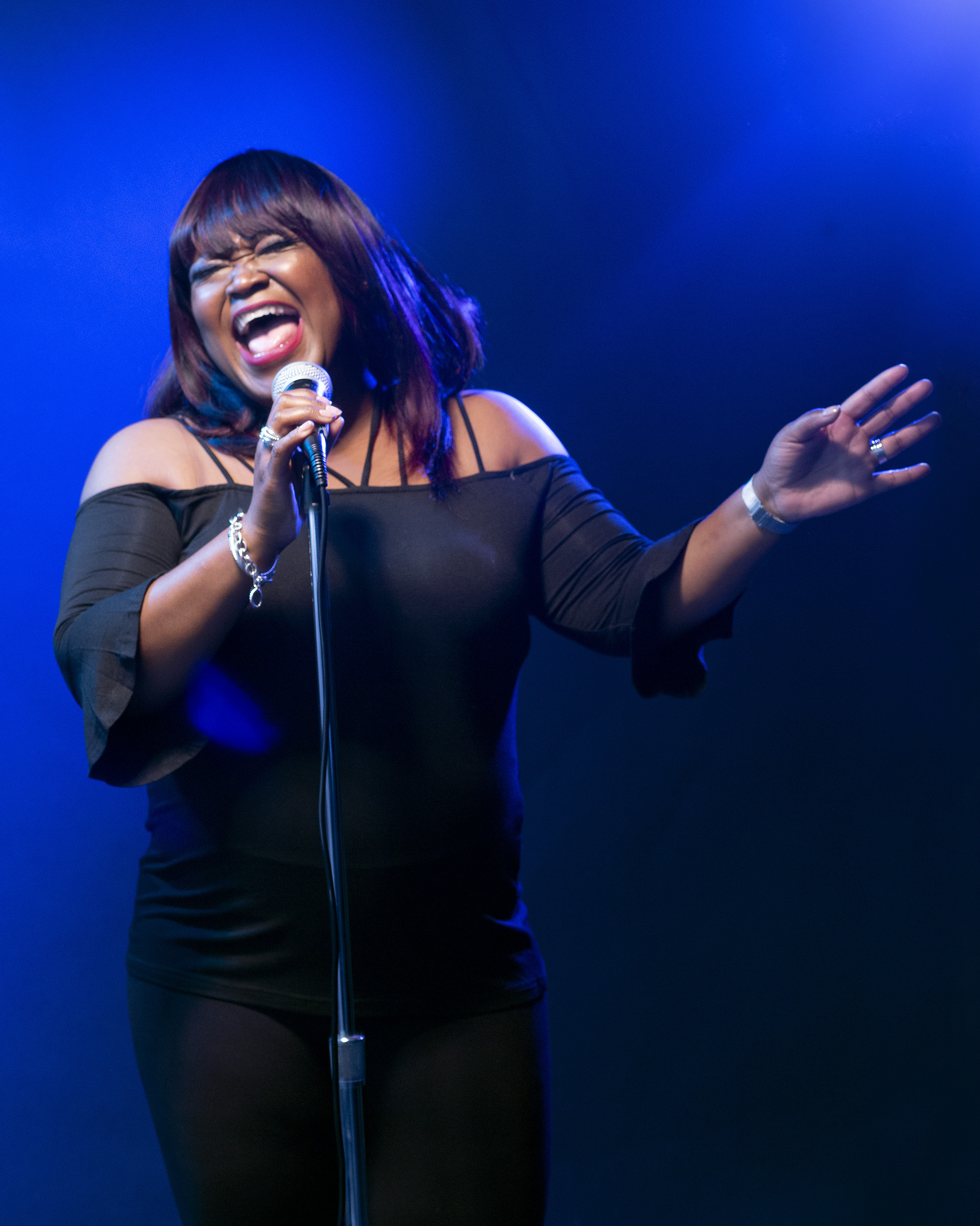 “Shemekia Copeland is the greatest blues singer of her generation.”
–The Washington Post

"Shemekia Copeland has established herself as one of the leading blues artists of our time."
–NPR Music

“Copeland provides a soundtrack for contemporary America...powerful, ferocious, clear-eyed and hopeful...She’s in such control of her voice that she can scream at injustices before she soothes with loving hope. It sends shivers up your spine.”
–Living Blues

Shemekia Copeland is an antidote to artifice. She is a commanding presence, a powerhouse vocalist delivering the truth.”
–The Philadelphia Inquirer

Celebrated blues and roots singer and Alligator Records recording artist Shemekia Copeland, backed by jazz giants Marcus Miller, Mark Whitfield, Brian Blade, Leonard Brown and John Beasley, will perform two songs as part of the Global Concert for International Jazz Day to be broadcast on April 30, 2022. Copeland, singing from the United Nations General Assembly Hall, will perform Walk Until I Ride,  from her Grammy-nominated 2020 album Uncivil War, and Ain't Got Time For Hate from 2018's groundbreaking America's Child. The concert, featuring artists from around the globe, will stream to a worldwide audience via UNTV, UNESCO, US State Department, on Facebook and on YouTube. The event will be broadcast on PBS Television in 2023.

According to Copeland, "Blues played an enormously big part in the creation of jazz from the beginning. I’m just happy that my blues gets to play a small part in celebrating International Jazz Day. And I am personally jazzed to be doing it at the UN.”

When Copeland first broke on the scene in 1998 with her Alligator Records debut Turn The Heat Up, she instantly became a blues and R&B force to be reckoned with. With each subsequent release, her music has evolved. She continues to broaden her musical vision, melding blues with more rootsy, Americana sounds, and singing about the world around her, shining light in dark places with confidence and well-timed humor.

Since the release of Uncivil War, Copeland's profile has continued to grow. She was the subject of a Washington Post Sunday magazine story and appeared on both NPR's Weekend Edition and Here And Now. She has previously performed on PBS’s Austin City Limits and was the subject of a six-minute feature on the PBS News Hour. And NPR's Jazz Night In America aired an hour-long program featuring interviews with Copeland and others, along with music recorded at Dizzy's Club in New York City and at the 2021 Exit Zero Jazz Festival. Currently, Copeland can be heard hosting her own popular daily blues radio show on SiriusXM’s Bluesville.

The Chicago Tribune’s famed jazz critic Howard Reich says, “Shemekia Copeland is the greatest female blues vocalist working today. She pushes the genre forward, confronting racism, hate, xenophobia and other perils of our time. Regardless of subject matter, though, there’s no mistaking the majesty of Copeland’s instrument, nor the ferocity of her delivery. In effect, Copeland reaffirms the relevance of the blues.”