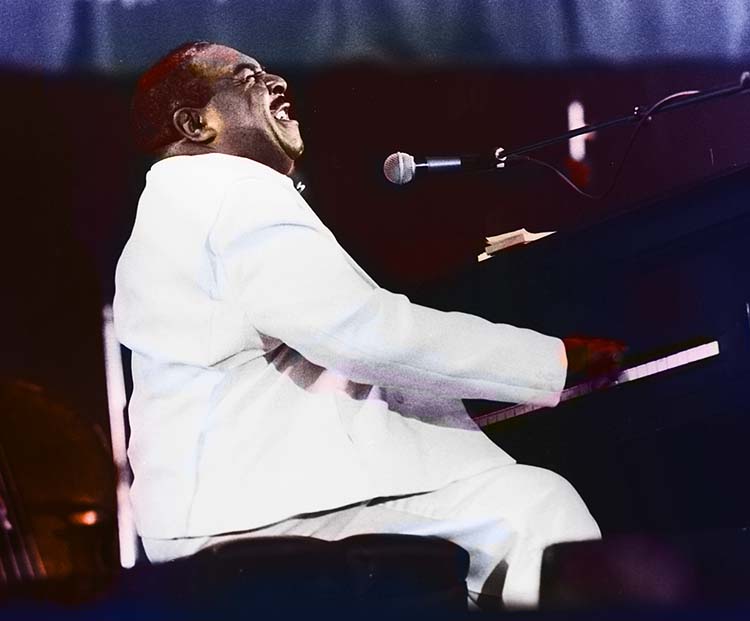 Without question, pianist/vocalist Floyd Dixon was one of the true heroes of early R&B and jump blues. His first hits--most notably Telephone Blues and Call Operator 210 from the early 1950s--placed him at the forefront of West Coast blues musicians. Along with Charles Brown, Amos Milburn, Louis Jordan and Ray Charles (to whom Dixon gave vocal coaching), Floyd Dixon helped create and define an entire genre of music.

Floyd Dixon was born in Marshall, Texas in 1929. His family moved to Los Angeles when he was 13, and Floyd quickly decided on a career in music. A self-taught pianist, Dixon began his career by singing mostly cool, after-hours piano blues in the Charles Brown mode. Soon enough, however, Dixon charted his own territory with a more rocking, jumping style. From traditional, slow blues to booming R&B, pop and proto-rock and roll, Dixon created a sound and style that was his alone.

After Dixon won a few talent contests in Los Angeles, bandleader Johnny Otis encouraged him to record. Dixon signed with Modern Records and recorded his first single, Dallas Blues, while still working his day job at Orenstein's Drug Store. He went on to record hits for a number of labels, including Modern, Supreme, Aladdin, and Specialty. By the time he released the classic Hey Bartender, recorded for the Cat label in 1954, Dixon was an established star in the West Coast R&B scene. He toured constantly and at various times shared the stage with the likes of Ruth Brown, B.B. King, Charles Brown and Ray Charles. It was an early tour with Charles that Dixon encouraged Ray to switch from his suave Nat King Cole approach to a more gospel-inspired delivery. Charles took his advice, and the result for Ray Charles was an unsurpassed string of R&B hits.

Although he continued to perform and record sporadically through the 1960s and early 1970s, Dixon nearly dropped out of music altogether, living a secluded life in Paris, Texas. He was invited to perform in Sweden and quickly developed an international following. With reissues of his older material beginning to surface, European interest in Dixon continued to rise. In 1980, he joined the European Blues Caravan tour with old friends Charles Brown and Ruth Brown.

Dixon continued to perform occasionally on the West Coast during the 1980s and even spent time on the road with the then-unknown Robert Cray and Little Charlie & The Nightcats. In 1984 he received a Billboard Blues Award for Hey Bartender, recorded by the Blues Brothers. The following year, he received a Billboard Country Award for the song, recorded by country singer Johnny Lee.

In 1989 Dixon hooked up with guitarist Port Barlow and manager Kathleen Cherrier, who were then active in Southern California Blues Society. Having been burned out by the recording business, Dixon was at first a bit apprehensive about putting a band together and seeking work. But Barlow and Cherrier gradually won his trust. With their assistance, he received the Rhythm & Blues Foundation's Pioneer Career Achievement Award in 1993. They secured gigs for Dixon and got him exposure at major outdoor blues festivals, including the Monterey Jazz Festival, the Sacramento Blues Festival and the Chicago Blues Festival.

In 1996, Wake Up And Live! was released on Alligator Records. Along with his swinging road band, The Full House (featuring ex-B.B. King bandleader Eddie "Saxman" Synigal), Dixon recorded the album at Studio Trax in Walnut, California, near Dixon's Los Angeles home. Using vintage microphones and amplifiers to achieve a 1950s sound, the result was a spirited mix of 16 jumping R&B and slow blues all either written or co-written by Dixon. Starting off with a reinvented version of the classic Hey Bartender, (originally recorded in 1954, the song came back into the national spotlight with the 1983 recording by The Blues Brothers), the album's contagious energy never let up. From the joyous I Wanna Rock Now to the sorrowful Got The Blues So Bad to the humor-filled A Dream to the Ray Charles-like Don't Send Me No Flowers In The Graveyard, every song reflected Dixon's (and his band's) mastery of jump blues. New York Post jazz critic Chip Deffaa said Dixon was "as vibrant and soulful as ever." And he called Wake Up And Live! Dixon's "most fully realized album. His playing is rollicking, unpretentious and satisfying."

Floyd Dixon continued to perform until months before his death on July 26, 2006. 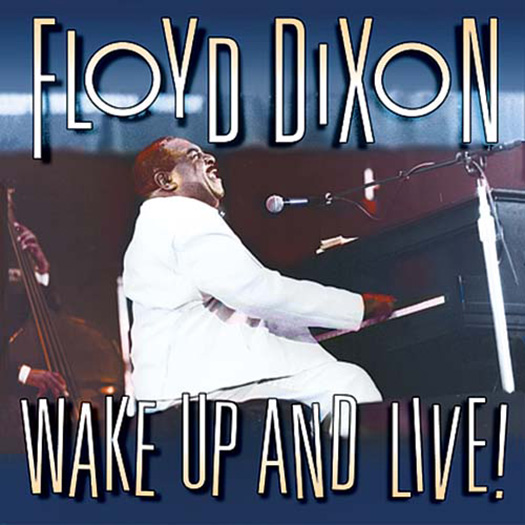 Floyd Dixon
Wake Up and Live!