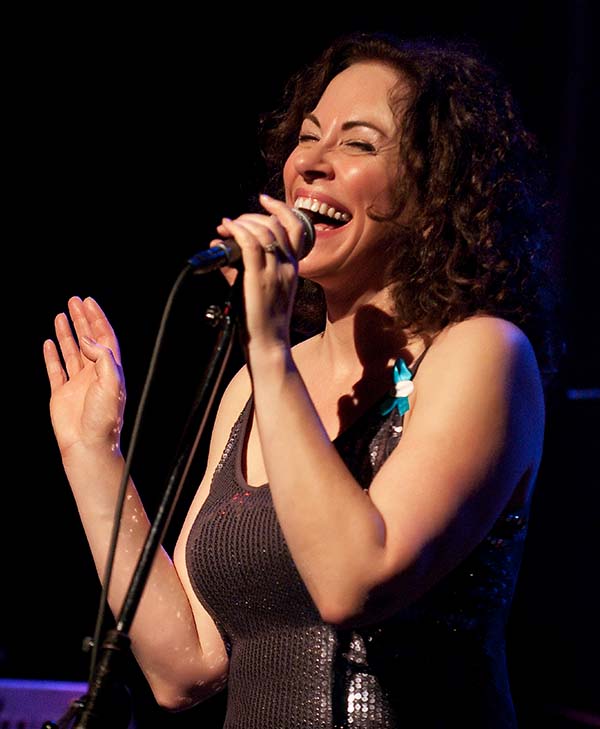 “Magness delivers the goods...One of the most impressive, versatile vocalists in contemporary blues and soul...thoughtful, inventive and almost unerringly on the money.” --MOJO

"As I move forward," says award-winning R&B and blues artist Janiva Magness, "I'm more willing to put myself on the line. I'm less willing to burden myself with unnecessary problems, less willing to care what people say about me. As it turns out, the more vulnerable I allow myself to be, the more strength I draw from that." That vulnerability and strength is on full display on Magness' powerful new album, Stronger For It. Magness, through her passionate vocals and, for the first time, through her own original songs, delivers the most moving and intimate album of her career.

Produced by Dave Darling (Glen Campbell, Brian Setzer, Stray Cats, Meredith Brooks, Dan Hicks), Stronger For It is Janiva's declaration of independence. Having recently come through another intensely difficult period in her life, Magness has found new strength in her music. On these performances, she lays her soul bare, singing of loss and recovery, pain and redemption, hurt and healing, looking back and moving forward. Recording Stronger For It was as cathartic for Magness as listening to it will be for her fans. "Every human being goes through times of huge upheaval and personal transition," Magness says. "I think everyone can relate."

Magness, known primarily as a musical interpreter, co-wrote three remarkable, autobiographical songs for the album, including the poignant and melodic Whistling In The Dark, the riveting I Won't Cry (which won the 2013 Blues Music Award for Song Of The Year) and the take-no-guff showstopper There It Is. Of her songwriting, Magness says, "Writing songs for me is laying out my experiences for everyone to see. It's another level of vulnerability."

In addition to her outstanding originals on Stronger For It, Janiva tells the rest of her story through her inspired reinventions of songs by Tom Waits, Grace Potter, Shelby Lynne, Ray Wylie Hubbard, Matthew Sweet, Buddy and Julie Miller and others. According to Magness, the ultimate message of the album is clear: "You can get through just about anything life will do and come out stronger for it."

Magness is among the premier blues and R&B singers in the world today. Her voice possesses an earthy, raw honesty born from her life experience. A charismatic performer known for her electrifying live shows, Magness is a gutsy and dynamic musical powerhouse. In addition to her Blues Music Award for Song Of The Year, Magness also won the 2013 BMA for Contemporary Blues Female Artist Of The Year (her fourth win in this category). She won the coveted 2009 Blues Music Award for B.B. King Entertainer Of The Year (she is only the second woman to ever win this award, Koko Taylor being the first). She now holds six total BMAs and has been nominated 22 times. USA Today declared, "Magness is a blues star." The Philadelphia Inquirer said, "Magness sings superbly, with a scorching intensity."Magness' fame has been hard won. Born in Detroit, Magness was inspired by the bluesand country she heard listening to her father's record collection, and by the vibrant music of the city's classic Motown sound. By her teenage years, though, her life was in chaos. She lost both parents to suicide by the age of 16 and lived on the streets, bouncing from one foster home to another. At 17, she became a teenage mother who had to give up her baby daughter for adoption. One night in Minneapolis, an underage Magness sneaked into a club to see blues great Otis Rush, and it was there that she found her salvation and discovered that the blues were her calling. Magness recalls, "Otis played as if his life depended on it. There was a completely desperate, absolute intensity. I knew, whatever it was, I needed more of it." She began going to as many blues shows as possible, soaking up the sounds of her favorite artists, including Johnny Copeland and Albert Collins. She immersed herself in records by James Brown, Aretha Franklin, Etta James and all the other R&B greats.

Watching these artists live and listening to their recordings sparked Janiva and gave her life new direction and purpose. Her first break came several years later, while studying engineering and working as an intern at a recording studio in St. Paul, Minnesota. She was approached by her boss to sing some supporting vocals on a track. Finding her voice, she soon began working regularly as a background singer. By the early 1980s, Magness made her way to Phoenix and befriended Bob Tate, the musical director for the great Sam Cooke. With Tate's mentoring, she formed her first band, Janiva Magness And The Mojomatics, in 1985 and soon after the influential Phoenix New Times named her group the city's Best Blues Band. She moved to Los Angeles in 1986 and slowly began finding work. She recorded her second studio album, It Takes One To Know One, in 1997 (her debut was the cassette-only release, More Than Live). After three more independent releases, Janiva signed with Northern Blues and recorded Bury Him At The Crossroads in 2004 and Do I Move You? in 2006. Both CDs were co-produced by Magness and Canadian roots star Colin Linden, and both garnered Magness a tremendous amount of critical and popular attention. Magness and Linden won the prestigious Canadian Maple Blues Award for Producers Of The Year for Bury Him At The Crossroads. Do I MoveYou?debuted at #8 on the Billboard Blues Chart and was the #1 CD of 2006 on Living Blues magazine's radio chart. Blues Revue said, "Magness is a bold and potent artist with a powerful, soulful voice...impossible to forget."

Magness signed with Alligator in 2008 and released her stunning label debut, What Love Will Do, to massive critical acclaim. The Chicago Sun-Times raved, "Her songs run the gamut of emotions from sorrow to joy. A master of the lowdown blues who is equally at ease surrounded by funk or soul sounds, Magness invigorates every song with a brutal honesty," while Blues Revue called her "a blues interpreter of the highest rank...punchy and tough...swaggering, incendiary vocal performances." Fueled by all the positive press, National Public Radio's Weekend Edition profiled Magness, putting her in front of an audience of millions and expanding her ever-growing fan base. Her 2010 follow-up, The Devil Is An Angel Too, brought even more acclaim. The album was the #1 CD of 2010 on the Living Blues radio chart. The Wall Street Journal said she plays "hard-hitting blues and soul." Living Blues declared, "Accolades come easy when you're this good. Magness is blessed with smoky, seductive pipes that bend the blues into pure enchantment. Her steely conviction is authentic, soulful and playful. The emotion rings true."

In addition to her musical accomplishments, Magness reaches out to help others. She is a Spokesperson for Casey Family Programs National Foster Care Month Campaign (her seventh consecutive year) and an Ambassador for Foster Care Alumni of America, promoting National Foster Care Month. "It is a huge honor and a daunting responsibility. But I am very excited to be a part of this important work, and I look forward to carrying the message of hope for youth in the foster care system, and to alumni," says Magness. "Casey Family Programs does groundbreaking work, and I am deeply honored to work with them again. Foster Care Alumni Of America is an amazing organization that focuses on adult alumni of the system." Magness has also reconnected with her daughter, and is now a proud grandmother. "Our fate doesn't have to be our destiny," she says. "I'm living proof of that. And I'm so very grateful."

And her growing legion of admirers is grateful for Janiva Magness. With Stronger For It and non-stop touring, Magness, along with her world-class road band, will bring her dynamic live show to fans across the country and around the world. Live and on record, Magness' level of intimacy and depth of emotion infuses her music with a power impossible to deny. Rather than succumb to hard times, with Stronger For It, Magness has created an album loaded with creativity and imagination, turning her own personal pain into timeless, exhilarating, soul-healing music. 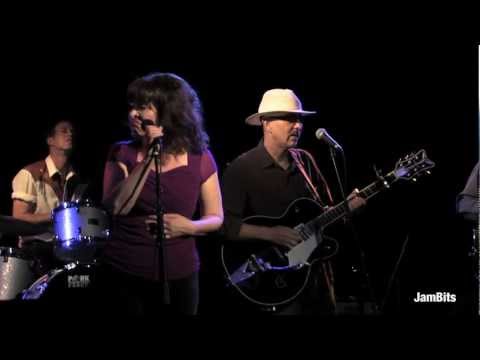 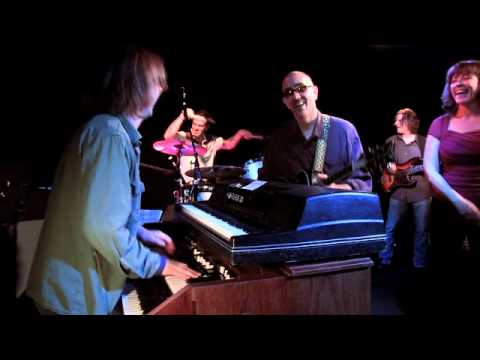 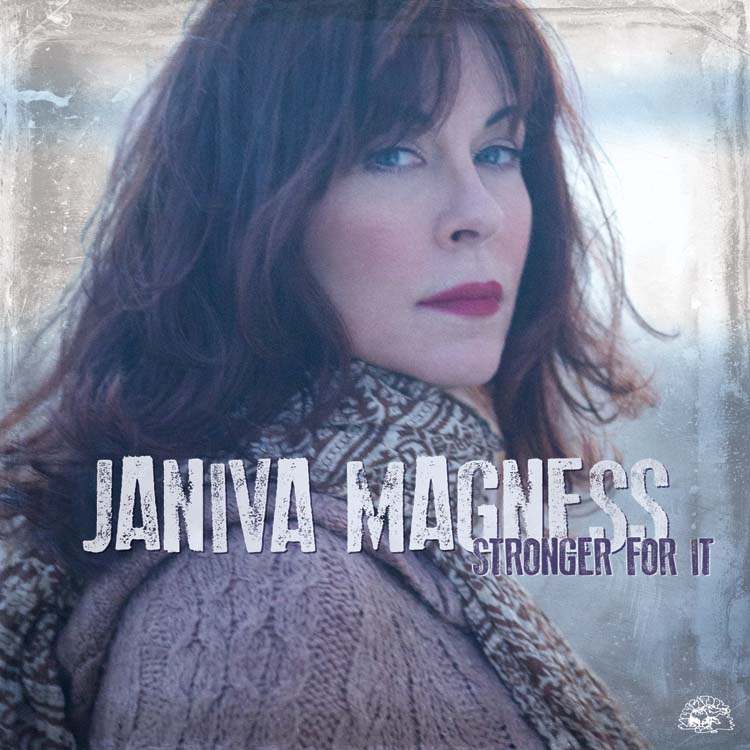 Janiva Magness
Stronger For It 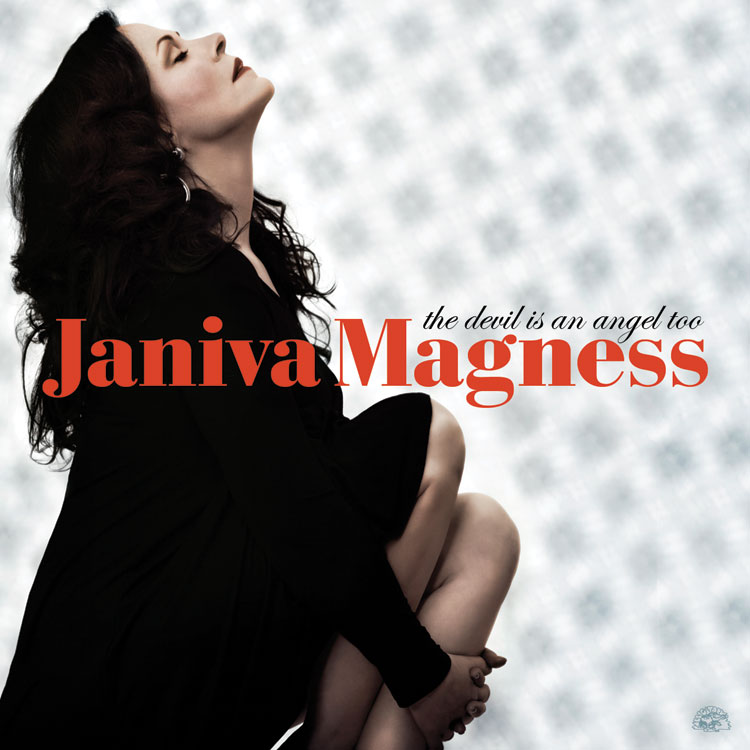 Janiva Magness
The Devil Is An Angel Too 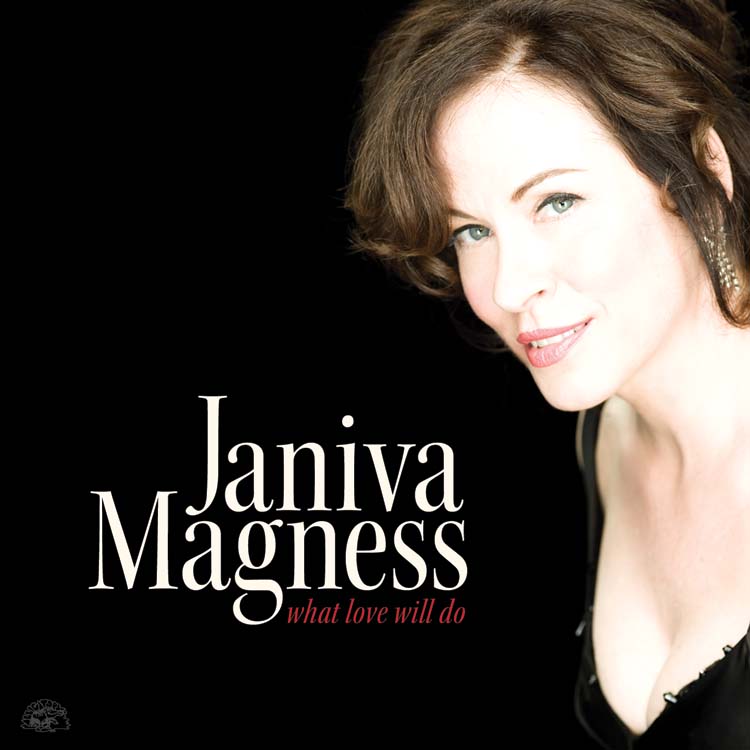 Janiva Magness
What Love Will Do