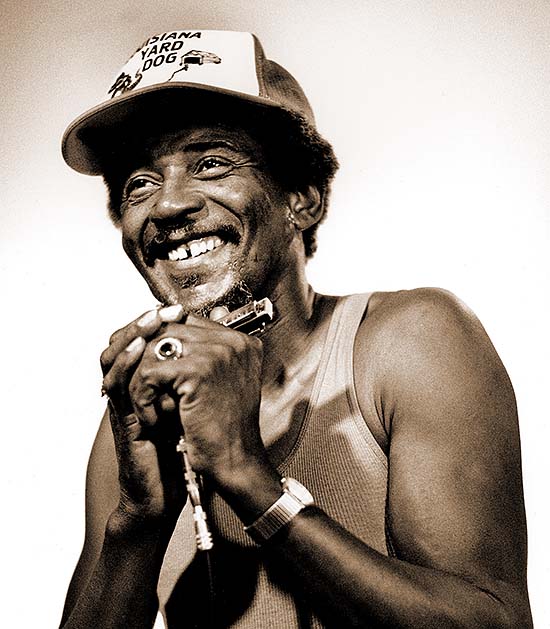 Lazy Lester (aka Leslie Johnson) was called a "National Treasure," the "High Sheriff of Louisiana" and "a nut."  As one of the key creators of the South Louisiana swamp blues sound in the 1950s, Lester was often imitated but never duplicated. Blues fans worldwide prize his early singles on the Excello label that were recorded in Lake Charles, Louisiana. At gig after gig, his fans brought up his old Excello albums, 45s, and on occasion, a 78 for him to sign. Lester's high-pitched harmonica and 'lazy' vocals are blues archetypes.

Born in 1933 and raised outside of Baton Rouge, Louisiana, Lester was initially influenced by Jimmy Reed and Little Walter. But his entree into playing professionally came when he met Excello star Lightnin' Slim while riding on a bus sometime in the mid-1950s. The two became close friends, with Slim taking Lester under his wing. Lester emerged on the blues scene playing harmonica with Lightnin' Slim, who would introduce Lester's solos with his trademark, "Play your harmonica, son."  Soon legendary Excello producer Jay Miller found that Lester was equally talented on guitar and drums, and he became a stalwart of Miller's session bands. Lester appeared on Miller-produced songs by Lightnin' Slim, Slim Harpo, Katie Webster, Lonesome Sundown and others. Lester's carefree personality prompted Miller to dub him "Lazy Lester."

As a harp player and vocalist, Lester was heavily influenced by Jimmy Reed and Little Walter. His harmonica riffs were crisp and articulate, his vocals a bit 'mushmouthed.'  When Miller gave him a chance to record as a leader, Lester produced a series of swamp blues classics that were hits on Southern R&B radio.  His tunes have been covered time and time again. Lester's first hit single, I'm A Lover Not A Fighter, was later covered by The Kinks. Talk To You By Hand was cut by Anson Funderburgh, Sugar Coated Love was recorded by the Fabulous Thunderbirds, and dozens of other bands have cut his tunes.

When blues tastes changed in the 1960s, Lester's style of swamp blues became a bit old fashioned for younger R&B audiences.  From the mid-1960s to the mid-1980s Lester lived in obscurity, first in Louisiana and later relocating to Pontiac, Michigan to be closer to his friend Lightnin' Slim. In 1987 Lester emerged from musical retirement and toured England.  The Flyright label began an extensive reissue program of Lester's Excello recordings. A new album, Lazy Lester Rides Again was recorded by the English Blue Horizon label (later released in the U.S. on the Kingsnake label). In 1988 Lester recorded the Bob Greenlee-produced Harp and Soul for Alligator. The album featured Lester's harp-fueled swamp blues and brought him to the largest audience of his career.

Later albums for Antone's and Texas Music labels continued to showcase Lester's talents as an instrumentalist and performer. Lazy Lester performed his lighthearted style of '50s Louisiana swamp blues in clubs and festivals up to his death on August 22, 2018. 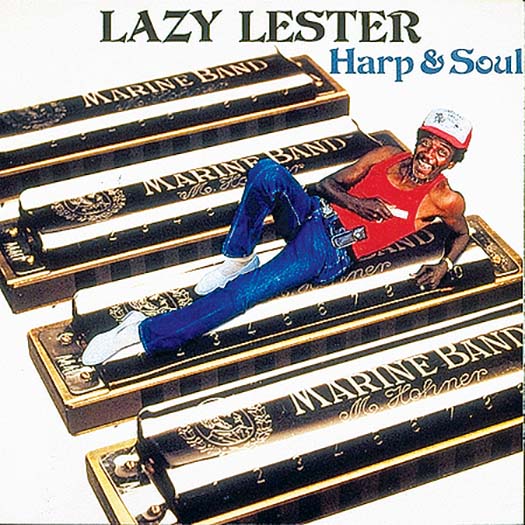