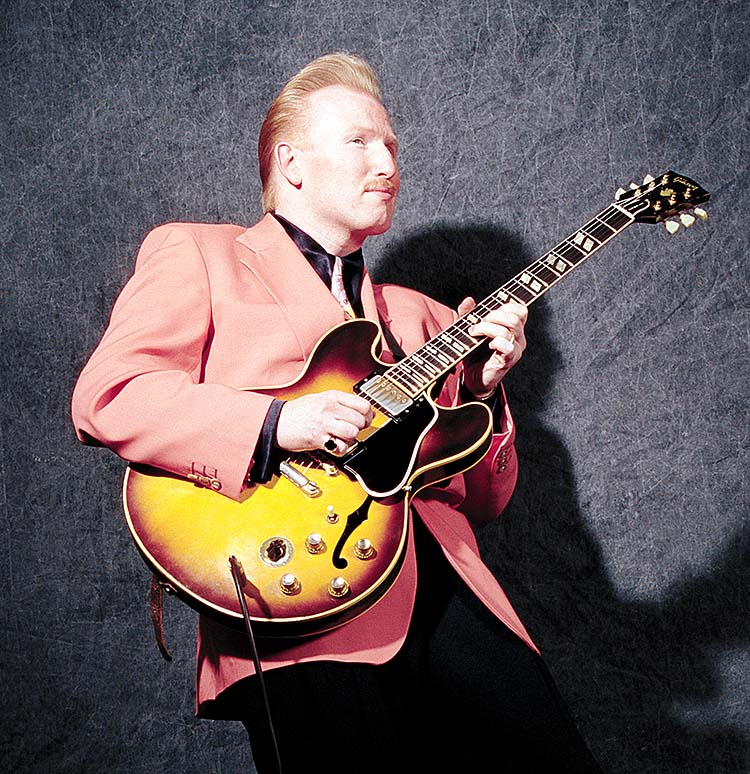 Time after time, Oakland-based bluesman Rusty Zinn’s raw, burning guitar work and soulful vocals leave listeners open-mouthed in amazement. That is, until their feet start to move uncontrollably and lead them to the dance floor, as Zinn’s jumping blend of 1940s and 1950s West Coast swing/blues and gritty Chicago blues takes over. Zinn has electrified audiences around the world with his fiery live shows and critically acclaimed recordings, both as a leader and as a sideman.  Zinn’s raw talent and deep feeling for the blues have earned him gigs and recordings over the past ten years with many blues masters, including Jimmy Rogers, Snooky Pryor, Luther Tucker, James Cotton, Mark Hummel and Kim Wilson (who helped Rusty get his first recording contract and co-produced his first album, Sittin' & Waitin’ for Black Top Records in 1996). Upon the album’s release, The Memphis Commercial Appeal raved, “Rusty Zinn is the real deal. To say this is the best blues release of the year is an understatement.” With Zinn’s Black Top follow up, Confessin’, things got even more exciting.  “The cuts on Confessin’ play like time-capsuled tunes in a forgotten Memphis jukebox,” shouted Blues Revue.  “If rompin’, stompin’ pedal-to-the-metal blues is your thing, here’s a record for you,” announced Vintage Guitar.

Zinn’s Alligator release, THE CHILL, features his forceful, tasteful, fat-toned guitar playing and R&B-inflected vocals on a vibrant mix of obscure blues songs and heart-pounding originals.  Featuring twelve songs (with five Zinn originals), THE CHILL swings, rocks and rolls from start to finish. From the soulful Ladies Choice to the pumping She’s Got Style to the down home Moonlight Blues (with a guest appearance by Elvin Bishop) THE CHILL will bring Zinn to the top of the blues world. Little Charlie Baty called Rusty, “The most impressive guitarist I’ve heard in years. He’s the real deal.” “Zinn’s sharp and assertive guitar work is one of the undersung pleasures of the current blues scene,” shouted Down Beat. The album will no doubt make these words ring true all over the world.

Born in Long Beach, California in 1970, Rusty Zinn grew up in Santa Cruz.  His brother introduced him to the blues at the age of 15 by bringing home Muddy Waters and Howlin’ Wolf records. As Zinn recalls, “I heard them and asked my brother, ‘What’s that?’ He said, ‘That’s the blues!’ I just loved it.  From then on it just snowballed.”  Rusty picked up the guitar at age 17, fascinated with the styles of Jimmy Rogers, Eddie Taylor, Robert Jr. Lockwood and Luther Tucker (a groundbreaking Chicago and San Francisco-based guitarist famed for his work with James Cotton, Little Walter, Otis Rush, Jimmy Rogers and Muddy Waters).  Tucker played a pivotal role in Rusty’s burgeoning career when he invited an 18-year-old Zinn to jam during a gig near Santa Cruz.  Zinn’s enthusiasm and intensity made such a big impact on Tucker that he took the young guitarist under his wing and shared musical ideas and years of road-tested experience with him.

Zinn quickly made a name for himself playing in several Bay Area blues bands.  As his reputation grew, he backed up touring blues luminaries Snooky Pryor and Jimmy Rogers.  From there he went on the road with Bay Area harp veteran Mark Hummel, logging in countless touring miles while honing his chops.  One of the many gigs Rusty played was a special package show with Jimmy Rogers and Billy Boy Arnold at the San Francisco Blues Festival, where Zinn met Kim Wilson of The Fabulous Thunderbirds.

Wilson was so impressed with Rusty’s playing he invited  him to Austin for the recording of his 1993 album, Tigerman. Wilson then asked Zinn to join his band. Soon afterwards, Wilson brought Rusty to the attention of Black Top Records, who signed Rusty to the label and released two critically acclaimed solo albums.  Zinn earned a 1996 Blues Music Award nomination for "Best New Blues Artist."  Zinn toured extensively and won fans all over the country with his blazing live performances and exceptional guitar playing at events like The Monterey Jazz Festival, The Long Beach Blues Festival, Blues By The Bay and The Russian River Blues Festival.  His 1999 appearance at The San Francisco Blues Festival drew rave reviews and wildly enthusiastic ovations from the overflow crowd of seasoned blues fans.

Rusty Zinn is the genuine article,” said Blues Revue. “A young guitarist who is a piece of the blues future.” “He sounds like a future master,” agreed OffBeat. Indeed, Zinn’s future is very bright.  From the minute he strikes the first chord to the last note wrenched from his exhausted strings, Rusty Zinn leaves audiences everywhere amazed, knowing they’ve just witnessed one of the brightest young blues stars to emerge in years. And with THE CHILL, Zinn will send shivers down the spines of listeners all over the world. 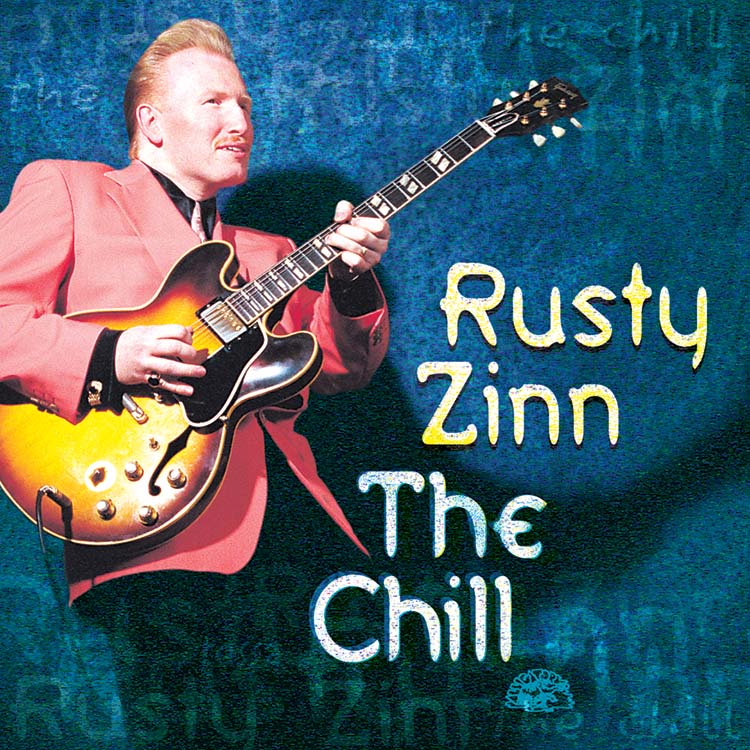