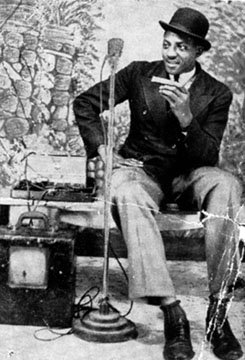 Rice Miller, aka Sonny Boy Williamson, was recognized as a giant throughout the blues world as a harmonica player, vocalist, songwriter, prolific recording artist, live performer and wildly colorful personality.

Starting in 1951 and continuing into the 1960s, Sonny Boy made some of the most influential blues records of all time -- "Help Me", "Eyesight To The Blind", "Nine Below Zero", "Mighty Long Time", "One Way Out", "Don't Start Me Talking", "Keep It To Yourself", "Bring It On Home", and dozens more.

Sonny Boy began his career in the 1920s in the Mississippi Delta. He was born near Glendora, Mississippi in either 1894, 1897, 1908, or 1909, depending on which of his interviews and documents you choose to believe. Certainly he was a wandering musician from an early age; bluesmen like Robert Junior Lockwood remember him playing on street corners and at dances in the Delta plantation towns around 1930. Sometimes he would be accompanied by a guitar player, but often by nothing more than his own snapping fingers to keep time. He developed a delicate yet rugged style of harmonica that perfectly fit his voice. It's almost as though they were the same instrument. His sound was entirely his own. He was a tremendous influence on other players; every blues harmonica player since Sonny boy has struggled to master his style. You can hear his licks played by James Cotton (whom Sonny Boy raised and tutored), Junior Wells, Howling Wolf, Junior Parker and literally hundreds of other harp players. But one listen to Sonny Boy and you'll know no one else was quite the same.

After years of wandering from town to town in the Delta, Sonny Boy found a home in 1941 at KFFA radio in Helena, Arkansas. The Interstate Grocery Company put him on the air for 15 minutes a day at lunch time to advertise King Biscuit Flour. King Biscuit Time became an institution in the Delta. The sound of Sonny Boy's harp and his swinging little bands, including great guitarists like Robert Junior Lockwood, Joe Willie Wilkins, Elmore James and Houston Stackhouse, could be heard across the Delta at a time when very little blues was heard on the radio. He was a star in the Delta, playing dances and parties every weekend and broadcasting virtually every weekday for ten years. At some point around this time Rice Miller "borrowed" the professional name of John Lee "Sonny Boy" Williamson, the extremely popular blues recording artist who himself was a major innovator on harmonica. Miller, being the older of the two men, liked to insist that he was the "original Sonny Boy," even though his recording career didn't begin until after John Lee's untimely death in 1948.

In fact, for all his popularity in the Delta, Sonny Boy didn't make a record himself until 1951, when Lillian McMurry of Trumpet Records took him and his band into the studio in Jackson, Mississippi to cut his first sides -- "Eyesight To the Blind", "Cross My Heart", and "Pontiac Blues" among them. When his records began to sell, he was lured away by Chess Records in Chicago, where he recorded into the early 1960s. Sonny Boy became one of Chess' great blues stars, along with Muddy Waters, Howling Wolf and Little Walter, and his recordings for Chess, Iike his Trumpet sides, were masterpieces of small band blues. In fact, few bluesmen could claim to have made so many brilliant records as Sonny Boy; it's hard to think of a single song he recorded not worth listening to again and again.

In the early 1960s, when European fans began discovering the blues, Sonny Boy was among the first American bluesmen to tour Europe. He went over with the groundbreaking American Folk Blues Festival caravan in 1963 and found a kind of adulation among the young, white fans that he had never experienced in the States. He stayed in Europe after the tour, gigging with Memphis Slim in Poland and with the Yardbirds in England. He loved the formal British businessmen's suits, and adopted them for his own, sometimes even carrying a rolled-up umbrella on stage.

After spending some time in Europe in 1963 and 1964, Sonny Boy returned to Helena and began broadcasting again on King Biscuit Time. Few of his old friends believed his stories about touring Europe; after all, he was the same colorful storyteller they had known for decades. He died on May 26, 1965 in the Delta where his career began. 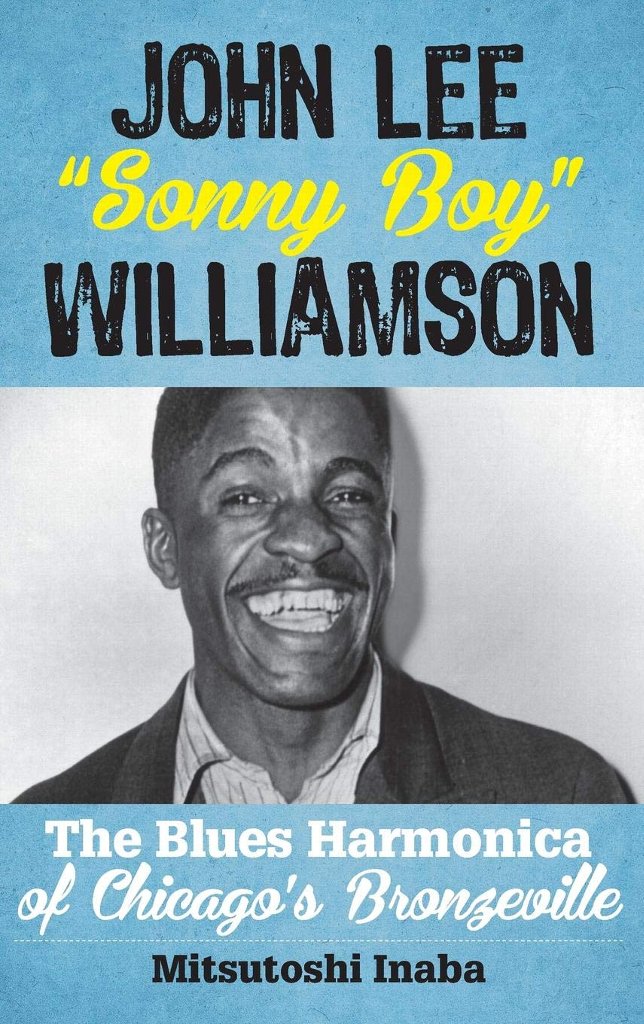 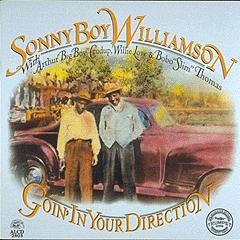 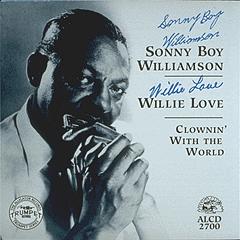 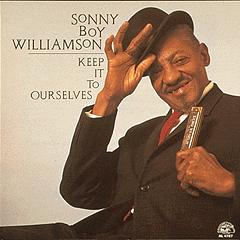 Sonny Boy Williamson
Keep It To Ourselves