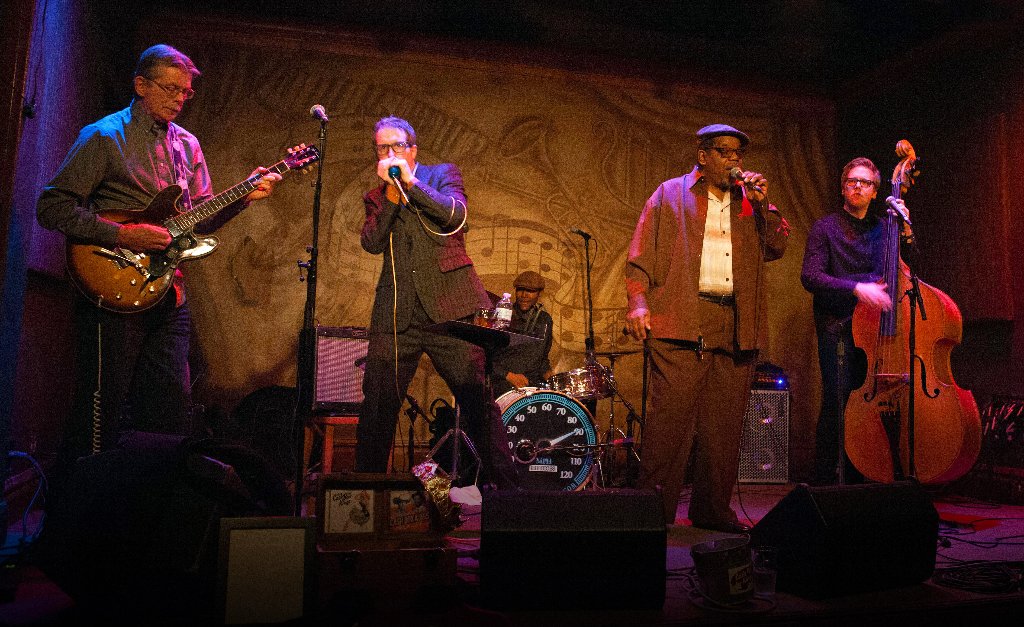 Mixing tough Chicago and Delta blues, jumping proto-rock 'n' roll, and steamrolling "bluesabilly" (their original mix of Chicago blues and Memphis rockabilly), they attack every song they play with contemporary authority and old school authenticity. The extraordinary ensemble playing between Nosek, Wilson, guitarist Billy Flynn, bassist John W. Lauler, drummer Kenny "Beedy Eyes" Smith and their friend, pianist Queen Lee Kenehira, is a true force of nature. The musicians feed off of each other's ideas and energy, effortlessly moving from a lowdown purr to a full throttle roar. According to No Depression, "The Cash Box Kings are a royal hive of raucous houserockers. Whether resurrecting the past or living in the moment, they satisfy your craving for hardcore Chicago blues, served up hot and tasty."

After the tremendous critical and popular response to The Cash Box Kings' 2017 Alligator Records debut, Royal Mint, the band returns with Hail To The Kings!, their tenth career release. Recorded in Chicago and produced by Nosek, the album features 13 songs, including 11 originals written or co-written by Nosek and Wilson. According to Nosek, one of the secret weapons of Hail To The Kings! is Wilson's growth as a songwriter. "He's always brought great originality to the material," says Nosek, "but now he's bursting with songs and ideas." Another weapon is the masterful guitar work of Flynn, who delivers one blistering performance after another. Nosek says, "His guitar playing is a master class on old school blues."

From the hard Chicago sound of Smoked Jowl Blues to the sly humor of Joe, You Ain't From Chicago to the up-to-the-minute text of The Wrong Number to the streetwise Take Anything I Can, the album burns hot from start to finish. Special guest Shemekia Copeland turns the heat up as she joins her friend Oscar Wilson for the mischievous duet, The Wine Talkin' On Bluesman Next Door and Jon Burge Blues, Nosek and Wilson bring socially conscious truth to power, shining a light into some of society's darkest corners. "Blues music is used to transform and to find relief," notes Nosek. "Our songs are all about real life topics that matter—good times, tough times and some bad situations. We'll raise our voices when we have to, and we'll have a good time doing it."

Joe Nosek founded The Cash Box Kings in Madison, Wisconsin in 2001 and, since 2007, has co-led the band with the charismatic, larger-than-life vocalist Oscar Wilson. Over 20 years apart in age and coming from vastly different backgrounds, the two form an unlikely pair, combining Wilson's indisputably authentic South Side Chicago blues vocals with Nosek's dynamic harmonica, songwriting and singing talents. According to Wilson, "The Cash Box Kings are a throwback to the golden age of blues with some kickin' fresh young blood. Joe is my best friend in the music world—the band is a marriage made in heaven for both of us." "Oscar is godfather to my oldest son," says Nosek. "We have each other's backs. We're family."

In their first six years, The Cash Box Kings won a large and loyal audience across the Midwest. Wilson joined the group in 2007, bringing with him an instantly commanding stage presence and an authoritative vocal style that gives fire-breathing power to the music. A self-taught musician and singer with an encyclopedic knowledge of almost every blues song known to man, Wilson is a natural-born entertainer and a perfect foil for Nosek and the band. Born in 1953 on Chicago's 43rd Street (aka Muddy Waters Drive), Wilson grew up in the company of many famous blues artists. Junior Wells, Elmore James, Big Smokey Smothers and close family friend David "Honeyboy" Edwards were all regulars at weekly Friday night fish fries/jam sessions at the Wilson home. Throughout his adulthood, Wilson held regular jobs but was always welcome sitting in with Chicago blues mainstays like Melvin Taylor and Johnny B. Moore. His vocal inspirations range from Muddy Waters, B.B. King and Albert King to Jimmy Reed, Jimmy Rogers and Little Walter, but he mostly sings like Oscar Wilson. The Chicago Tribune declared, "Oscar Wilson stands as a dominant figure. He brings a magisterial presence."

A self-described blues fanatic, Nosek, born in Wisconsin in 1974 and raised in the suburbs of Chicago, spent his youth soaking up as much blues music as he could hear, both live and on record. In his teens, he began sneaking into blues clubs to watch Junior Wells, James Cotton, Otis Rush, Jimmy Rogers, Sunnyland Slim and others. Nosek recalls, "Seeing those guys made a huge impression on me and propelled me into wanting to learn how to play the blues." He took up harmonica, quickly cultivating his own aggressive, fluid style. After moving to Madison in the early 1990s, he began sitting in with artists such as Clyde Stubblefield and Luther Allison. Finding like-minded musicians hell-bent on playing raw, rough-edged, hard-charging blues, Nosek formed The Cash Box Kings. They released their first album, Live! At The King Club, in 2003, instantly earning praise from critics and fans, and gaining a reputation as one of the hottest live bands on the circuit.

In 2017, their Alligator debut Royal Mint was named among the Top Ten Blues Albums of the Year by MOJO magazine. The Chicago Tribune said the band plays "unflinching blues distilled to its essence and steeped in tradition." They've been featured on NPR Music as well as in the pages of No Depression, The Pittsburgh Post-Gazette, Living Blues, Blues Music Magazine, Vintage Guitar, Blues Blast and many other publications, and in 2018 were again nominated for a Blues Music Award as Blues Band of the Year.

With Hail To The Kings! and tour dates scheduled throughout the USA and Europe, The Cash Box Kings have earned their own blues throne and are ready to hold court. They bring an up-to-the-minute urgency to their traditional, tough, fun and gritty blues that brings audiences to their feet night after night. Blues Music Magazine says they are "rollicking, sinewy and superb." Vintage Guitar adds, "They are glorious, with an inspiring eloquence and grace." Blues & Rhythm sums it up best, declaring them, "absolutely brilliant." 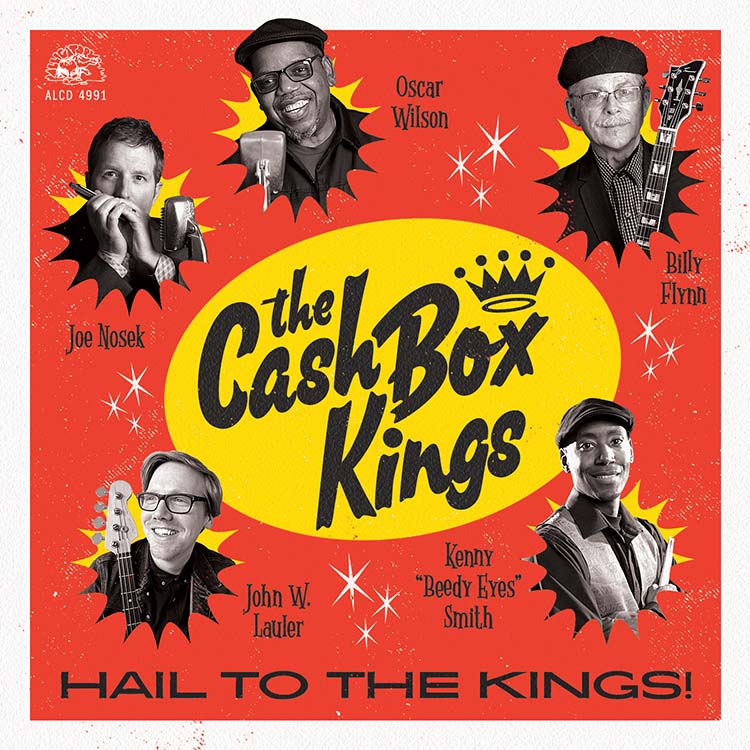 The Cash Box Kings
Hail To The Kings! 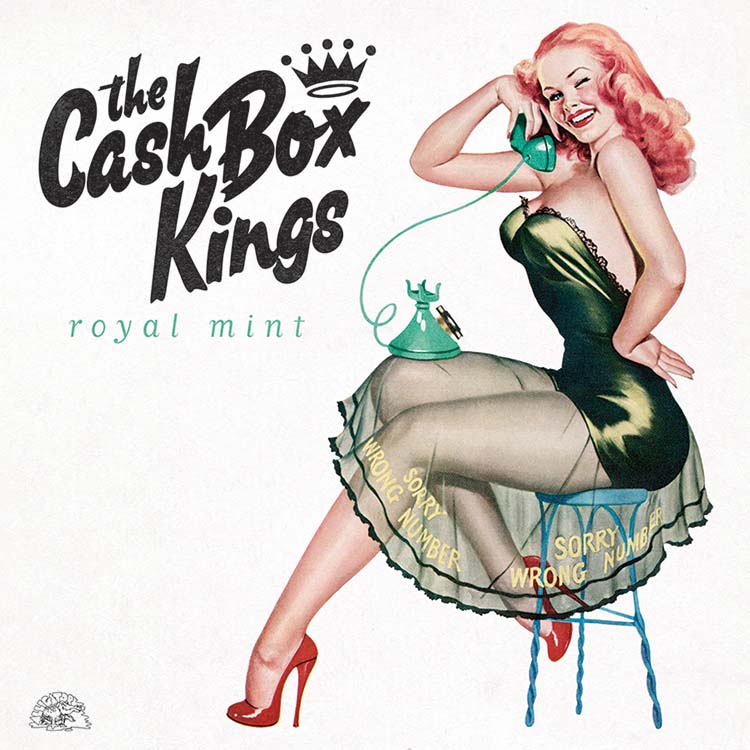 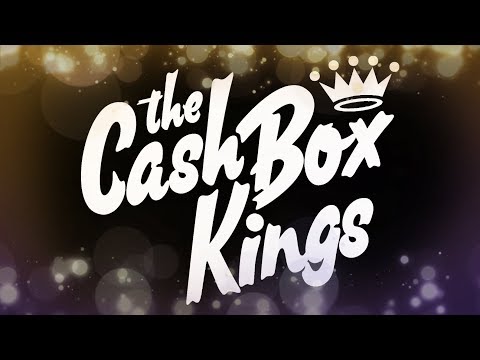 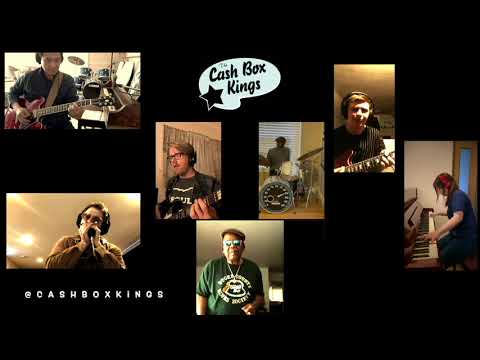 The Cash Box Kings - Poison In My Whiskey (Covid Edition) 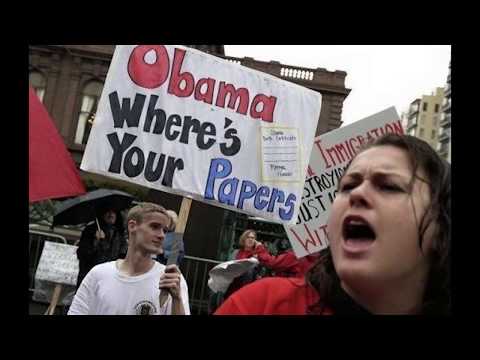 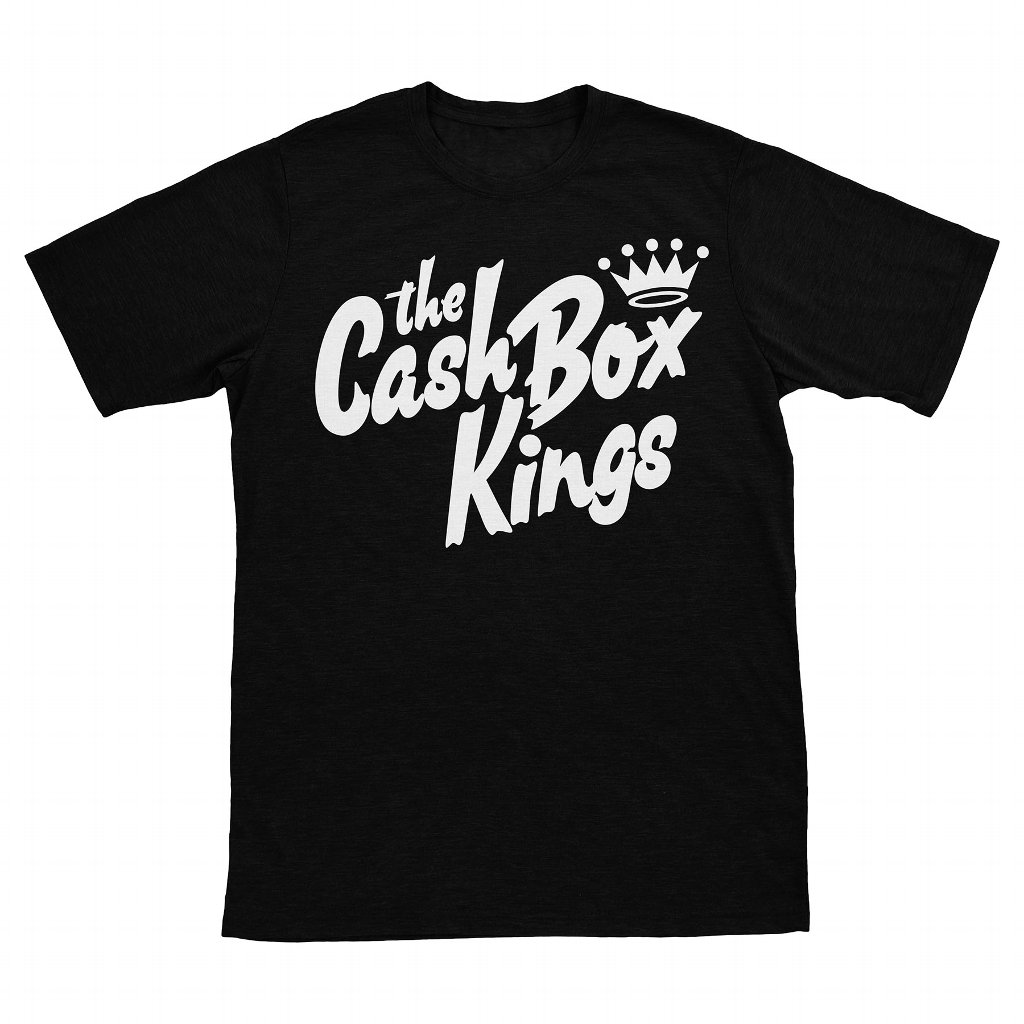