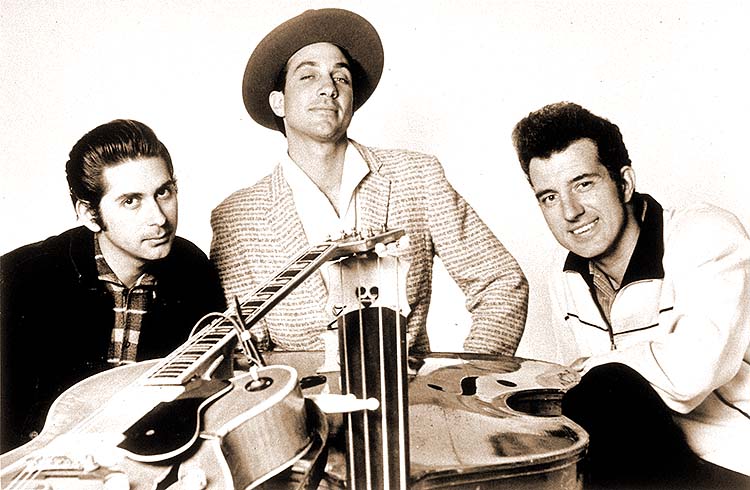 The Paladins emerged in the early 1980s as one of the leading lights of the southern California " roots rock" movement, a movement which also spawned Los Lobos and The Blasters. Fusing rockabilly, blues, swing and R&B, the three members of The Paladins have created a totally distinctive sound derived from their own talent, exuberance and spirit.

Dave Gonzales and Tom Yearsley banded together to form The Paladins back in their high school days in the late '70s. Beginning as a rockabilly band (long before the brief rockabilly fad), the San Diego-based unit's first incarnation was as a quartet. They played virtually every bar in the San Diego area and developed a fanatical local following. The quartet made its recording debut with a cut on the 1982 Government Records compilation, Who's Listening.

In l984, The Paladins trimmed down to their present trio format. Their track Double Datin' on the Rhino Records album, The Best Of L.A. Rockabilly, was also featured in the cult movie, Roadhouse 66, and the band even made a brief appearance in the movie. The Paladins released a self-produced single in 1985 on the Swinging label.

That same year, while performing in Texas, the group caught the ear of The Fabulous Thunderbirds' lead singer/harmonica player Kim Wilson. Impressed with The Paladins' sound, Wilson produced several tracks for the band in Austin. As the band began playing more Los Angeles dates, they became the favorites of L.A. bands like Los Lobos, The Blasters and X, so it wasn't surprising when Los Lobos saxman Steve Berlin, along with Mark Linett and Mark Neill, began producing tracks with The Paladins. Several of these tunes were recorded at The Three-Track Shack, a tiny 1956 state-of-the-art tube recording studio near the Mexican border. In 1987, the results of the Austin and West Coast sessions made their way onto vinyl with the release of The Paladins' self-titled LP on Wrestler Records. Special guests included Kim Wilson, guitarist Anson Funderburgh and "The Swamp Boogie Queen," piano player Katie Webster.

With their first album out, The Paladins began a virtually year-round touring schedule of the U.S. and Canada. Along the way, the band gathered legions of fans drawn to their honest approach, solid delivery and raveup intensity. Tours with Los Lobos, Stevie Ray Vaughan and The Fabulous Thunderbirds further enhanced The Paladins' reputation as a rockin' band that delivers the goods.

"This is swampy, bluesy, authentic roots rock with a sense of honesty and integrity," Music Express said. "Their gutsy delivery is completely infectious. We're talking blues and rock from the wrong side of the tracks."

In 1988, the trio made their Alligator Records debut with the release of Years Since Yesterday, produced by Berlin and Linett. The band continued to maintain a true "road spirit,'' playing over 200 nights (and driving over 75,000 miles) a year. They have toured Europe numerous times, appeared live on BBC Radio in Great Britain and performed on national television in Holland.

Music writers have likened The Paladins' high-energy blend of rock 'n' roll, R&B, swing and rockabilly to the music of Stevie Ray Vaughan, The Fabulous Thunderbirds and other hard-working roadhouse rock bands. A Washington Post critic may have described The Paladins' music best, however, when he wrote, "If musicianship, dedication, soul and the ability to express raw emotion were all you needed to gain fame and wealth, The Paladins would be known in every home in the land, and they'd have enough money to buy New York." 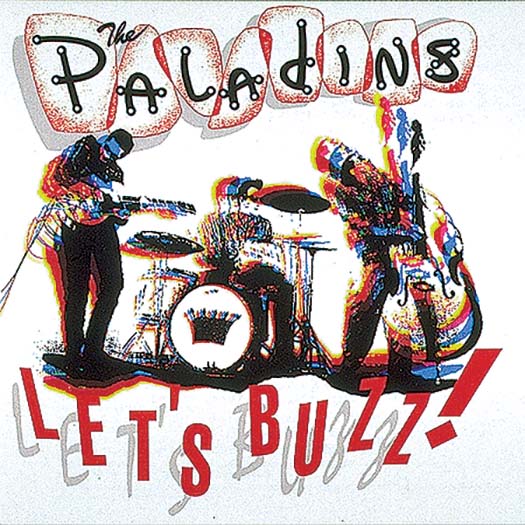 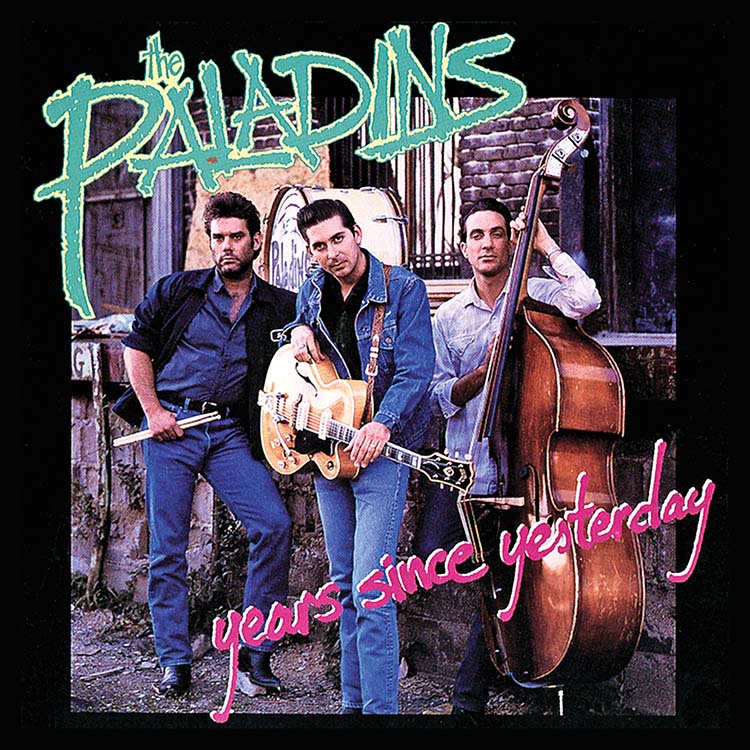 The Paladins
Years Since Yesterday 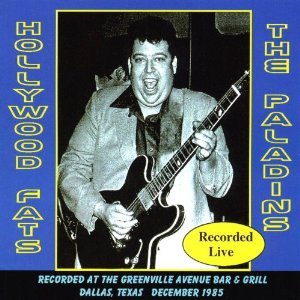