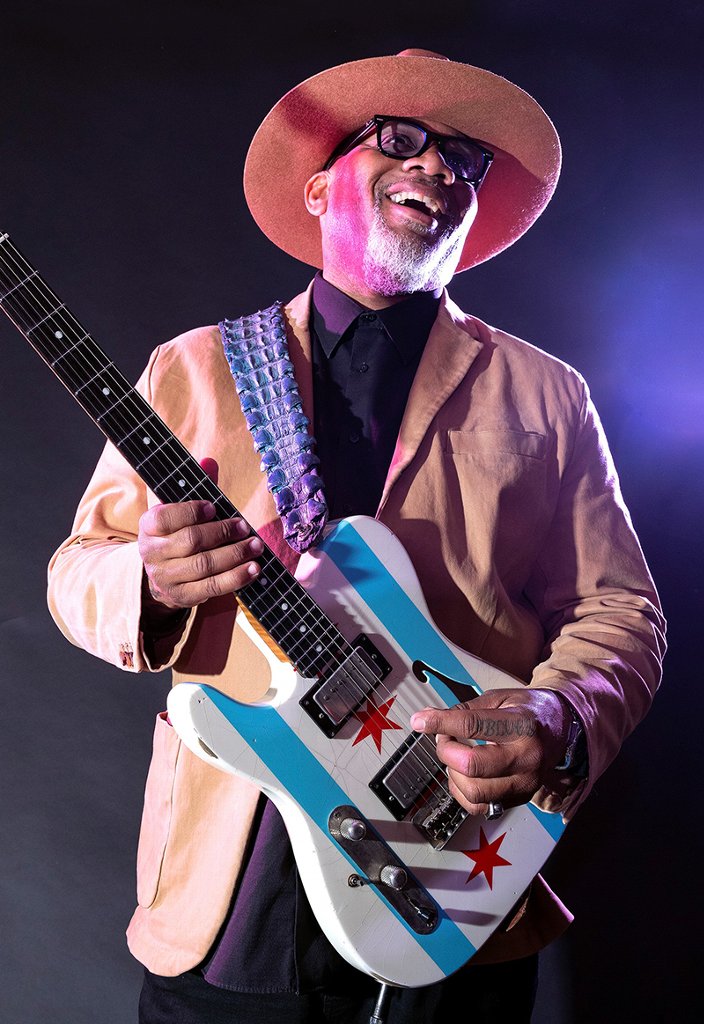 Chicago bluesman Toronzo Cannon defies all expectations. The blistering guitarist, soulful vocalist, singular songwriter and city bus driver fuses his muscular, rock-inspired blues guitar playing with his original, keenly detailed slice-of-life songs, blazing his own blues trail. With the 2016 release of his Alligator Records debut, The Chicago Way, Cannon burst onto the international stage as one the most electrifying bluesmen to emerge from Chicago in decades. His live performances unfailingly earn him heaps of critical praise and hordes of wildly enthusiastic fans. Cannon has played major cities all over the U.S., Canada, and Europe. He recently performed for the first time in Japan, delighting and surprising audiences with one unforgettable gig after another. Now, with the release of The Preacher, The Politician Or The Pimp, Cannon builds upon the foundation he's laid, creating and defining his vision of contemporary blues.

The Preacher, The Politician Or The Pimp features twelve Cannon originals, ranging from the burning social commentary of the title track to the wryly told, up-to-the-minute truths of Insurance to the trademark Cannon humor of Stop Me When I'm Lying and Ordinary Woman. He gets serious on the haunting The First 24, the Martin Luther King-inspired The Silence Of My Friends and on the moving final track, I'm Not Scared. Cannon's blazing guitar and soul-baring vocals are front and center. His songwriting is inspired by his deep Chicago roots, the wisdom of his grandparents and his years of observing the public while driving a bus. His songs tell timeless stories of common experiences in uncommon ways.

"It's not about the solos," Cannon says, "It's about the songs. People get used to everyday life, so it's easy to miss the things around them. I write about those things. I know the problems of Chicago, the hardship, 'cause we're always a scapegoat. But I choose to love and respect the city because of the Chicago blues giants that came here from down south. I'm proud to be standing on the shoulders of every great Chicago blues musician who came before me."

Toronzo Cannon was born in the Windy City on February 14, 1968, and grew up in the shadows of the notoriously tough Robert Taylor Homes. Theresa's Lounge, one of the city's most famous South Side blues clubs, was nearby. As a child, Cannon would stand on the sidewalk outside the door, soaking up the live blues pouring out while trying to sneak a glance inside at larger-than-life bluesmen like Junior Wells and Buddy Guy. He also heard plenty of blues growing up in his grandfather's home, and listened to soul, R&B and contemporary rock on the radio.

Cannon bought his first guitar at age 22, and his natural talent enabled him to quickly master the instrument. Although his initial focus was reggae, he found himself increasingly drawn to the blues. "It was dormant in me. But when I started playing the blues, I found my voice and the blues came pouring out." He absorbed sounds, styles and licks from Buddy Guy, Albert Collins, Hound Dog Taylor, B.B. King, Albert King, Freddie King, Jimi Hendrix, J.B. Hutto, Lil' Ed and others. Although influenced by many, Cannon's biting, stinging guitar sound is all his own.

Cannon began his rise in the intensely competitive proving ground of the local club scene, where only the best musicians reach the top. Iconic blues artists from Muddy Waters to Howlin' Wolf to Koko Taylor to Hound Dog Taylor to Luther Allison all paid their dues in the Chicago blues bars before making their mark on the world. The same holds true today, as newcomers look to living legends like Buddy Guy, Jimmy Johnson and Lil' Ed Williams for inspiration in taking their music from Chicago to fans across the globe.

From 1996 through 2002, Cannon played as a sideman for Tommy McCracken, Wayne Baker Brooks, L.V. Banks and Joanna Connor. But he was determined to prove himself. In 2001, while continuing to work as a hired-gun guitarist, he formed his own band, The Cannonball Express. By 2003, he was working exclusively as a band leader. Cannon's first three albums—2007's My Woman (self-released), 2011's Leaving Mood (Delmark) and 2013's Blues Music Award-nominated John The Conqueror Root (Delmark)—document his rise from promising up-and-comer to star-in-the-making.

Almost immediately upon the release of The Chicago Way, Chicago media helped launch Cannon toward blues stardom. He was the subject of multiple newspaper and magazine feature stories and appeared on every local television station. National and international media soon took notice. CNN filmed Cannon leading a tour of Chicago blues clubs and then broadcast the piecegl around the world. England's MOJO magazine declared The Chicago Way the #1 Blues Album Of 2016, as did the readers of Living Blues magazine in their annual poll. The album and Cannon were also nominated for four Blues Music Awards (the Grammy of the blues) in 2017. And the world champion Chicago Cubs invited Cannon to throw out the ceremonial first pitch of the September 13, 2017 game. All the attention only makes Cannon more focused. "I feel like I've become an ambassador for Chicago blues. People expect a lot from me," he says. "But it's good, because I'm forced to keep upping my game."

Cannon has played the Chicago Blues Festival on ten separate occasions, initially as a sideman, then as a special guest, a sidestage band leader and finally as a main stage headliner. When he's home, he drives a Chicago Transit Authority bus by day and performs by night. Using every vacation day and day off and working four ten-hour shifts a week, Cannon arranges his schedule to gig out of town as much as possible. It isn't easy, but, like all of the Chicago greats who have come before him, blues is his calling. Blues Music Magazine declares, "His guitar playing has all the fire and spontaneity of the Chicago legends he carries; his songwriting is a timely and original look at the world he sees by day on a bus and in blues clubs by night, and his assertive voice is the perfect vehicle to deliver the message."

Now, with The Preacher, The Politician Or The Pimp, Toronzo Cannon delivers his messages loud and clear. Between his searing chops, soul-satisfying vocals and vibrant and distinctive original songs, Cannon has grown from being a local attraction to become a world-renowned torch bearer for the blues. PBS Television's Chicago Tonight sums it up like this: "Cannon is just your typical CTA bus driver who moonlights as a sought-after Chicago blues musician. As a guitarist, singer and songwriter, he drives the sound of Chicago blues from the city to blues clubs and festivals around the world." 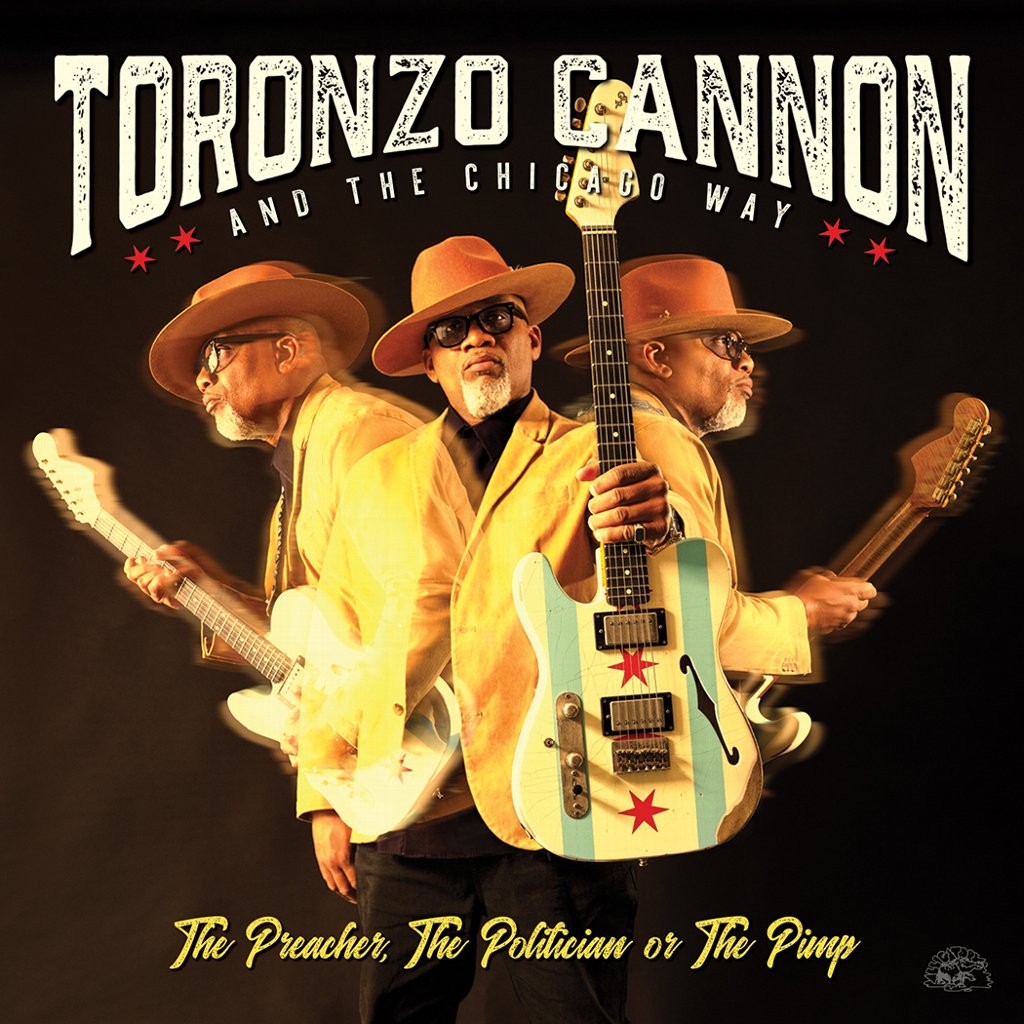 Toronzo Cannon
The Preacher, The Politician Or The Pimp 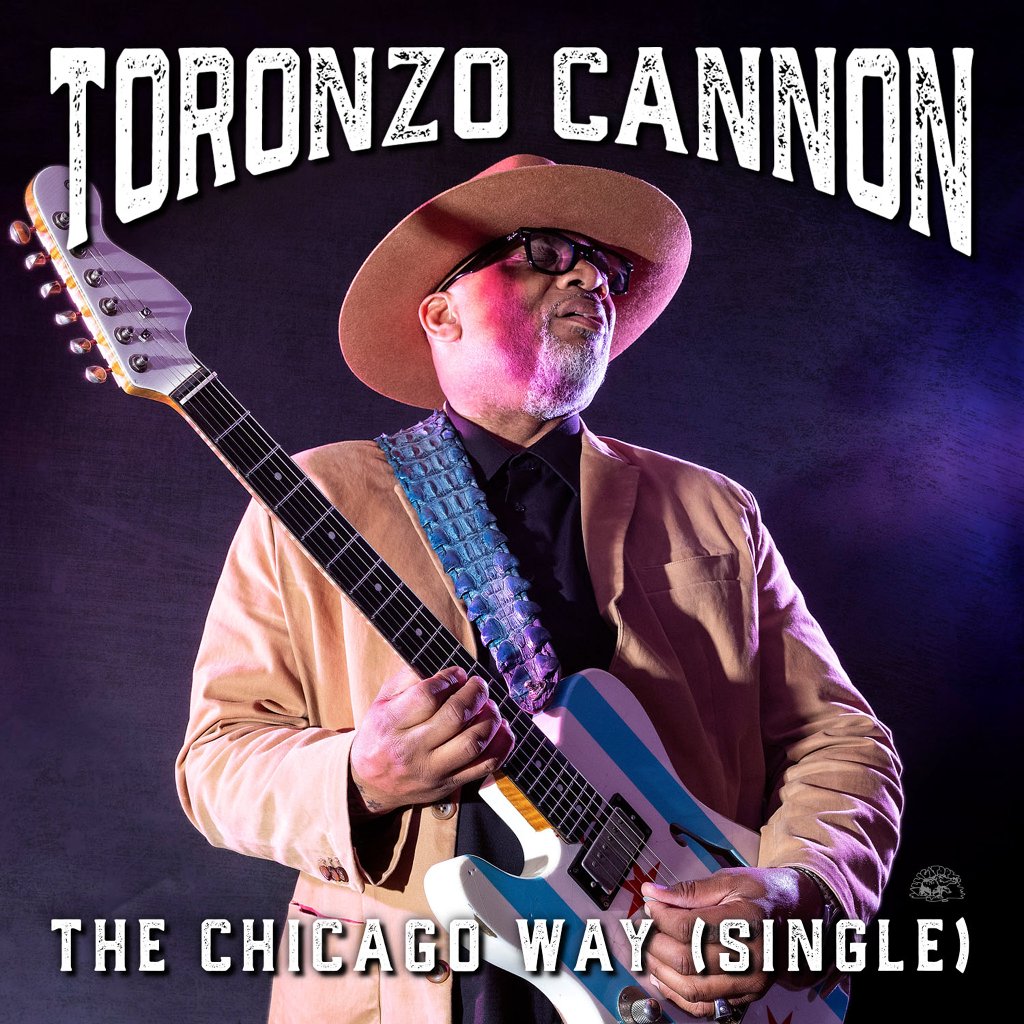 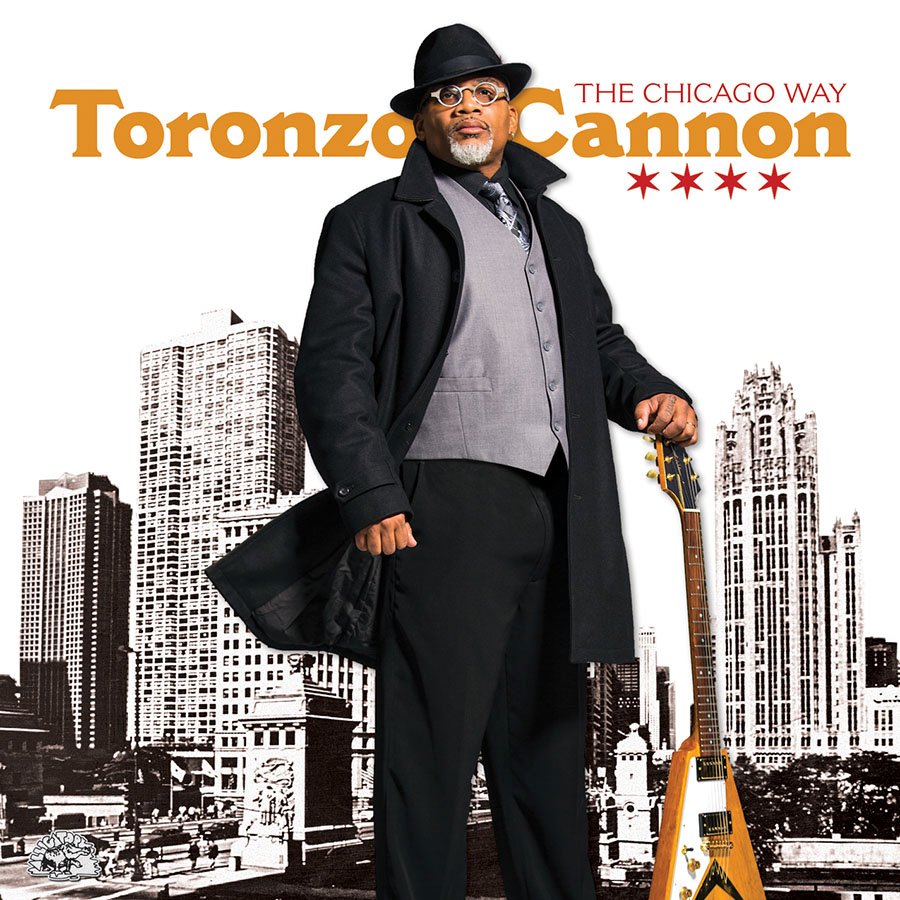 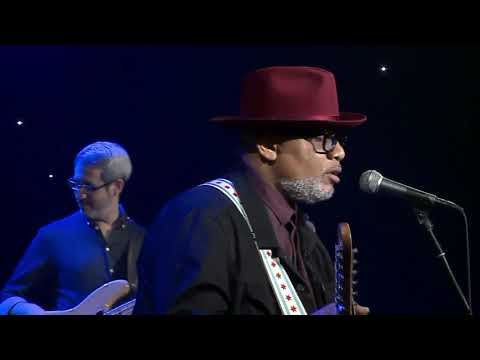 TORONZO CANNON - THE PREACHER, THE POLITICIAN OR THE PIMP T-SHIRT 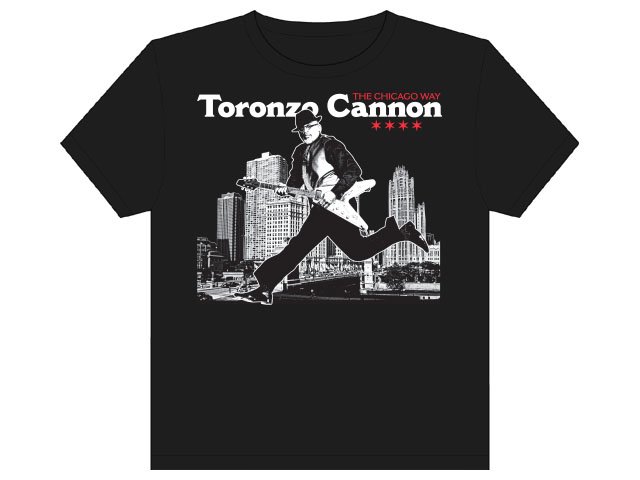