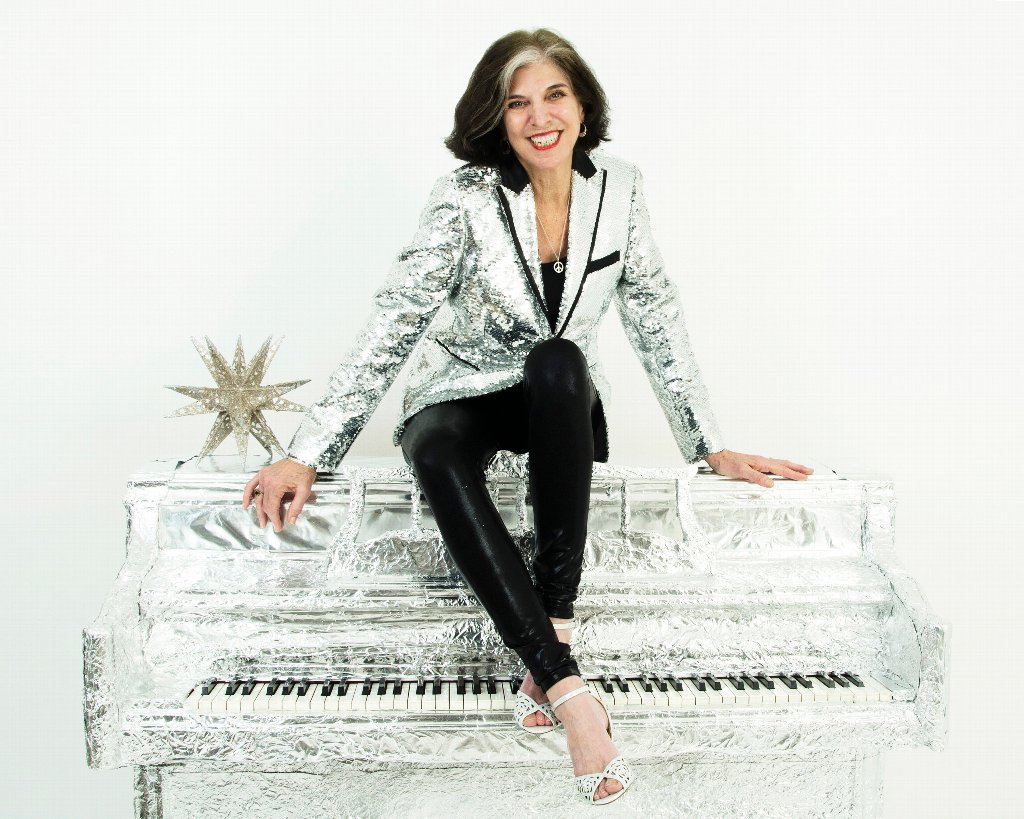 “Fifty years have passed in a flash,” says pianist, songwriter, and vocalist Marcia Ball of her long and storied career.  Ball, the 2018 Texas State Musician Of The Year, has won worldwide fame and countless fans for her ability to ignite a full-scale roadhouse party every time she takes the stage. Born in Orange, Texas and raised in Vinton, Louisiana, her deep Acadian heritage and a lifetime of absorbing Gulf Coast rhythm and blues is evident in her original songs and the classics she chooses to cover.  This has made her a one-of-a-kind favorite with music lovers all over the world.  With each new release, her reputation as a profoundly soulful singer, a boundlessly talented pianist and a courageous, inventive songwriter continues to grow. Her love of the road has led to years of soul-satisfying performances at festivals, concert halls and clubs.

In Marcia’s most recent album, Shine Bright, she has put together the most musically substantial, hopeful and uplifting set of songs of her five-decade career.  Produced by Steve Berlin (Los Lobos) and recorded in Texas and Louisiana, Shine Bright contains twelve songs (including eight originals), ranging from the title track’s rousing appeal for public and private acts of courage to the upbeat call to action of Pots And Pans, a song inspired by renowned Texas political writer and humorist Molly Ivins.  From the humorous advice of Life Of The Party to the poignantly optimistic World Full Of Love, the intensity of Ball’s conviction never wavers while, simultaneously, the fun never stops.  “It is a ridiculously hopeful, cheerful record,” she says, in light of some of the album’s more serious subject matter.  The secret, according to Ball “is to set the political songs to a good dance beat.”

Marcia grew up in a family whose female members all played piano and she began taking lessons at age five, playing old Tin Pan Alley and popular music tunes from her grandmother’s collection.  But it wasn’t until she was 13 that Marcia discovered the power of soul music.  One day in 1962, she sat amazed as Irma Thomas performed on a show at the Municipal Auditorium in New Orleans and delivered the most spirited and moving performance the young teenager had ever seen.  A few years later she attended Louisiana State University and after dropping out to explore the brave new hippie world of the late 1960s, she was invited to try out for a blues-based rock band called Gum.  She made the cut and her future was set.

In 1970, Ball left Baton Rouge for San Francisco.  Her car broke down in Austin, and while waiting for repairs she fell in love with the city and decided to stay.  It wasn’t long before she was performing in local clubs with a band called Freda And The Firedogs, a group that pioneered the Progressive Country movement, which attracted many musicians and significant media attention to Austin.   It was around this time that she discovered Professor Longhair, the seminal New Orleans piano player.  “Once I found out about Professor Longhair,” recalls Ball, “I knew I had found my direction.”

When Freda And The Firedogs broke up in 1974, Ball launched her solo career and began touring outside of Texas and Louisiana.  She signed with Capitol Records in 1977, debuting with the country-rock album Circuit Queen.  As she created and honed her own sound, she released six critically acclaimed titles on the Rounder Records label during the 1980s and 1990s.  In 1990, Ball—collaborating with Angela Strehli and Lou Ann Barton—recorded the hugely successful Dreams Come True on the Antone’s label.  At the end of 1997, Marcia finished work on a similar “three divas of the blues” project for Rounder, this time in the distinguished company of Tracy Nelson and her longtime inspiration, Irma Thomas.  The CD, Sing It!, was released in 1998 and was nominated for a Grammy Award.

Marcia Ball has appeared many times on national television over the years, including the PBS special In Performance At The White House along with B.B. King and Della Reese, Austin City Limits and HBO's Treme.  She performed in Piano Blues, the film directed by Clint Eastwood included in Martin Scorsese’s The Blues series which aired on PBS television nationwide in 2003.  Marcia also appeared on The Late Show With David Letterman with The New Orleans Social Club, where she not only reached millions of people, but also helped to benefit victims of Hurricane Katrina.  In 2012, she had a role in the independent film Angels Sing starring Harry Connick, Jr., Lyle Lovett and Willie Nelson.  In 2017 she performed on NPR’s A Jazz Piano Christmas, live from The Kennedy Center in Washington, D.C.

Ball joined Alligator Records in 2001 with the release of the critically acclaimed Presumed Innocent.  The CD won the 2002 Blues Music Award for Blues Album Of The Year.  Her follow-up, So Many Rivers, was nominated for a Grammy Award, and won the 2004 Blues Music Award for Contemporary Blues Album Of The Year as well as the coveted Contemporary Blues Female Artist Of The Year award.  Her next release, Live! Down The Road, released in 2005, also garnered a Grammy nomination, as did 2008’s Peace, Love & BBQ (the album debuted at #1 on the Billboard Blues Chart).  She holds eleven Blues Music Awards, ten Living Blues Awards, and five Grammy Award nominations.  2010’s Grammy-nominated Roadside Attractions and 2014’s The Tattooed Lady And The Alligator Man successfully grew her fan base even further.

Since March of 2020 and the onset of the COVID pandemic and subsequent lock-down, Marcia has filled her time with work on a nonprofit organization she co-founded called HOME – Housing Opportunities for Musicians and Entertainers, which pays rent and utilities for older musicians in the Austin area (HOMEaustin.org).  She also improved her streaming and virtual performance abilities enough to participate in many on-line fundraising efforts throughout the year. She put her domestic skills to work making masks. She and her husband Gordon got a dog to replace their dear Lily. She has written songs and she is collaborating on a musical play which she hopes becomes a real live show in the near future.

And she’s getting the band ready to get back out on the road.  “I still love the feel of the wheels rolling,” she says, “and the energy in a room full of people ready to go wherever it is we take them.” 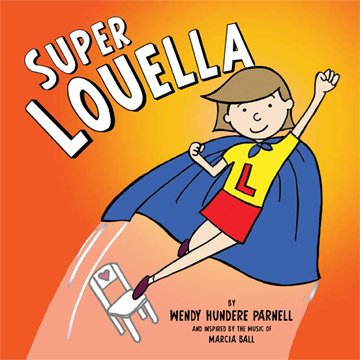 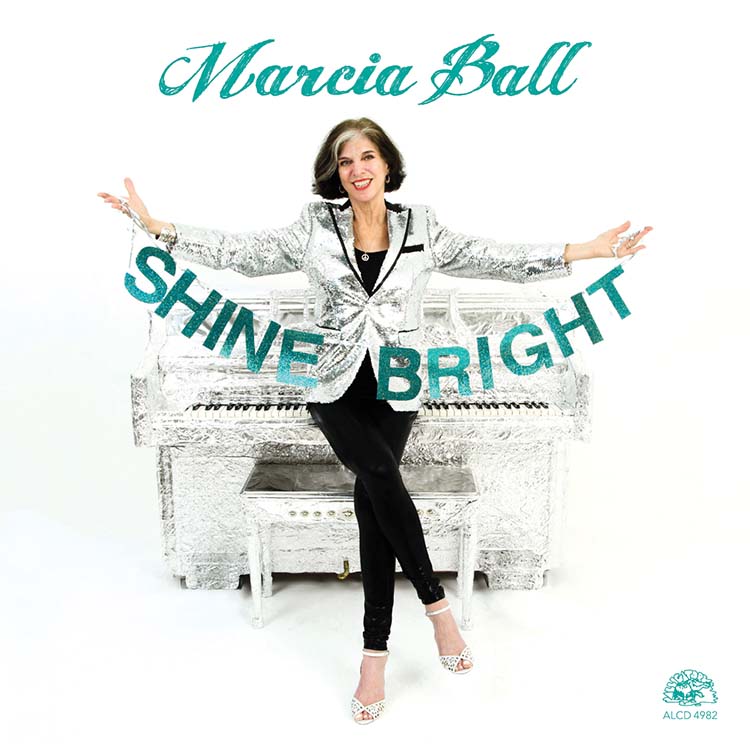 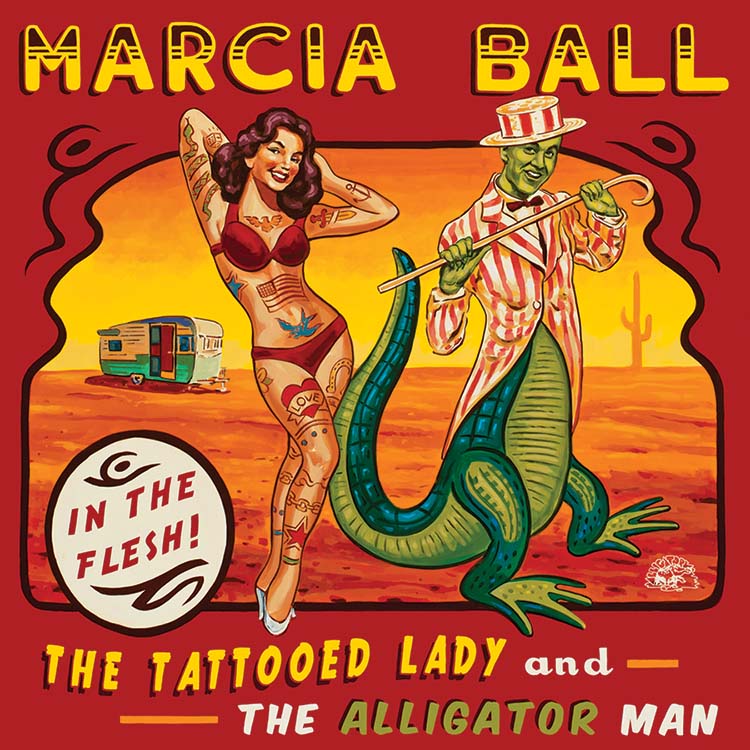 Marcia Ball
The Tattooed Lady And The Alligator Man 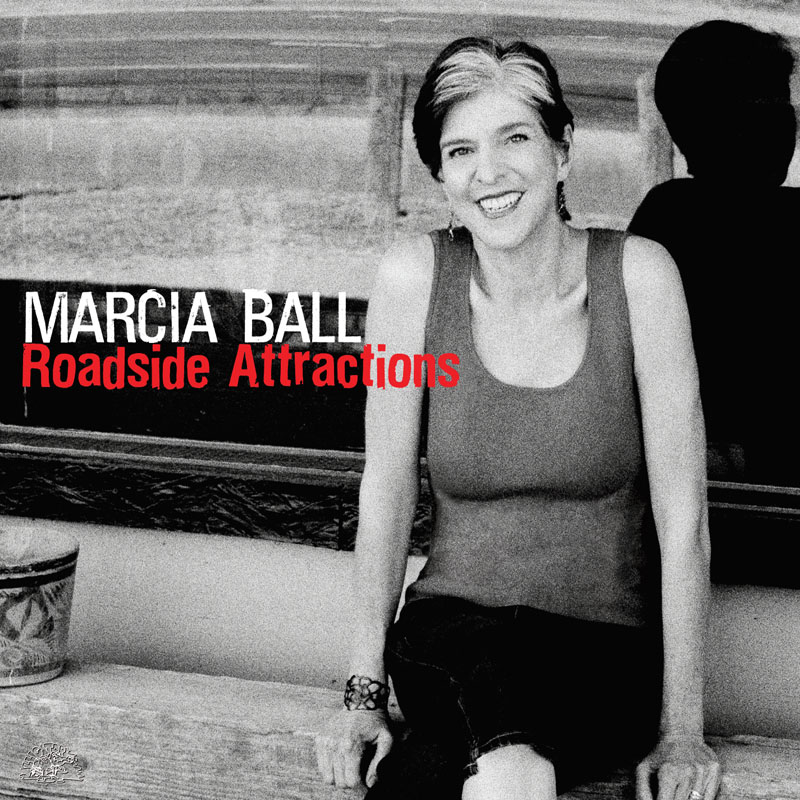 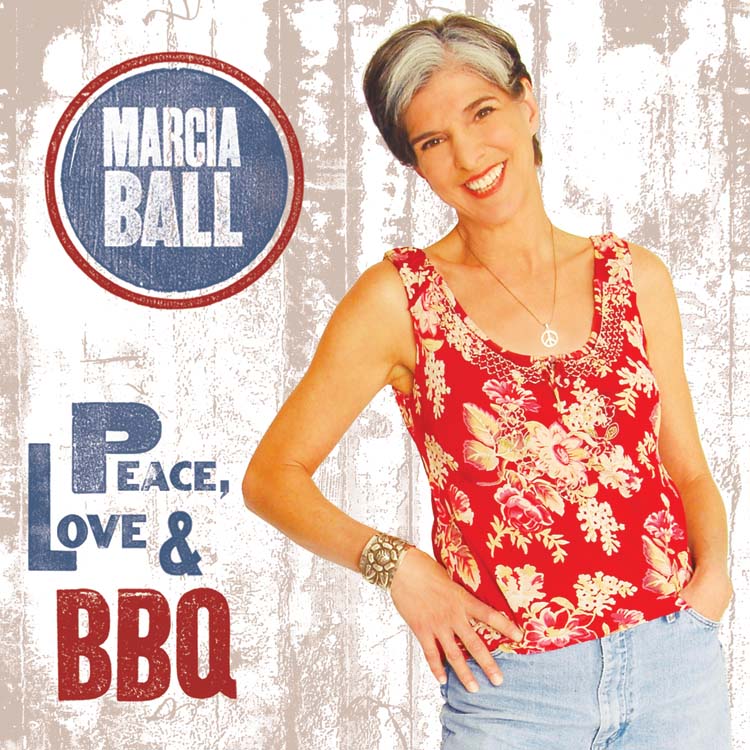 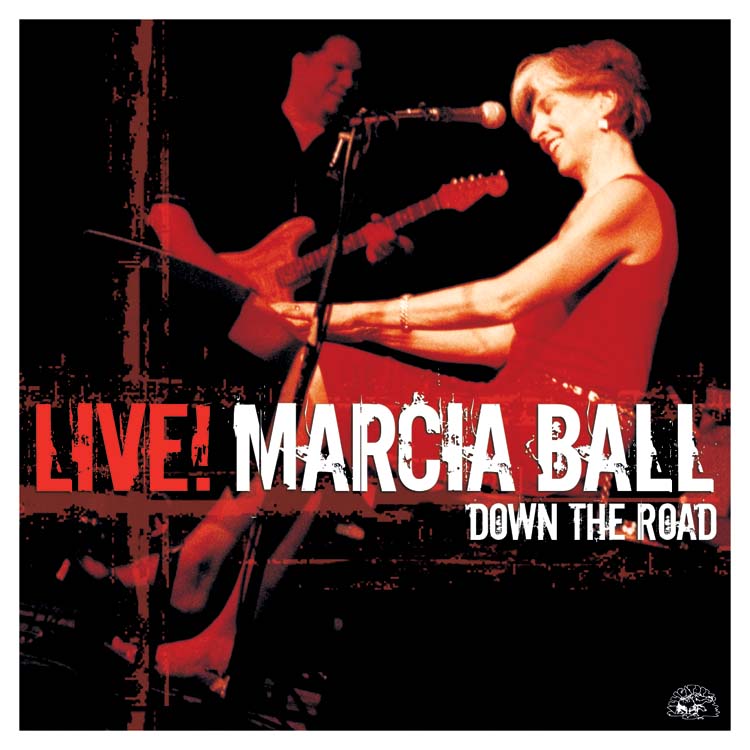 Marcia Ball
Live! Down The Road 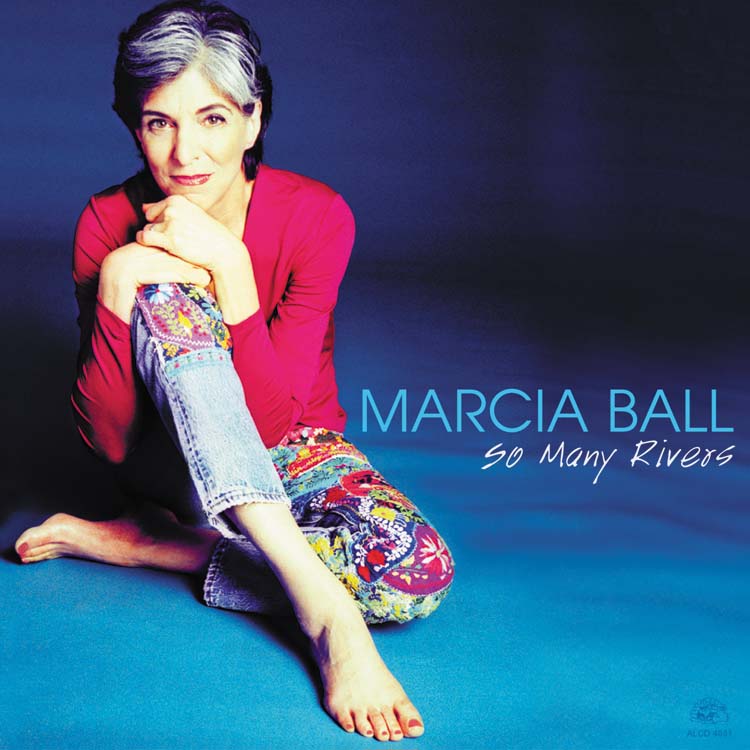 Marcia Ball
So Many Rivers 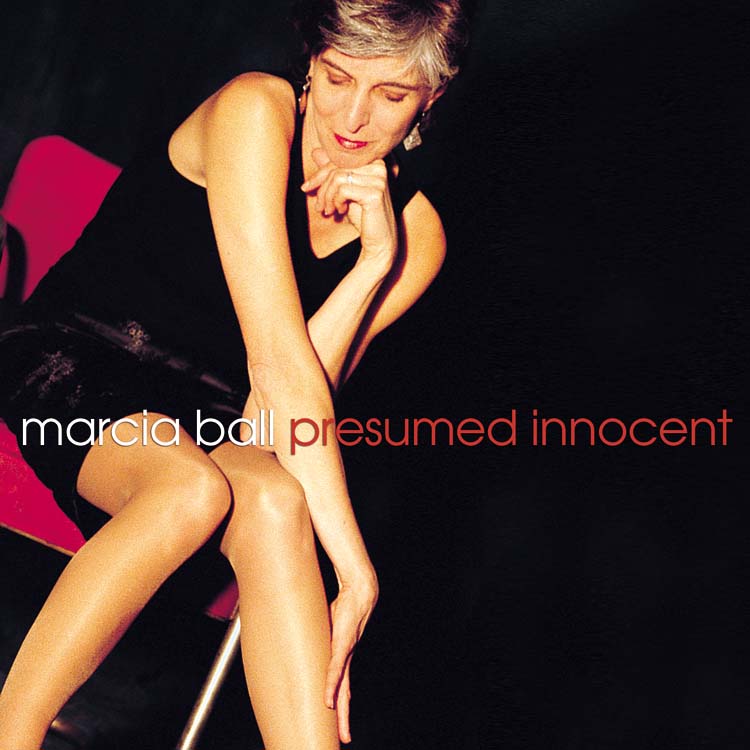