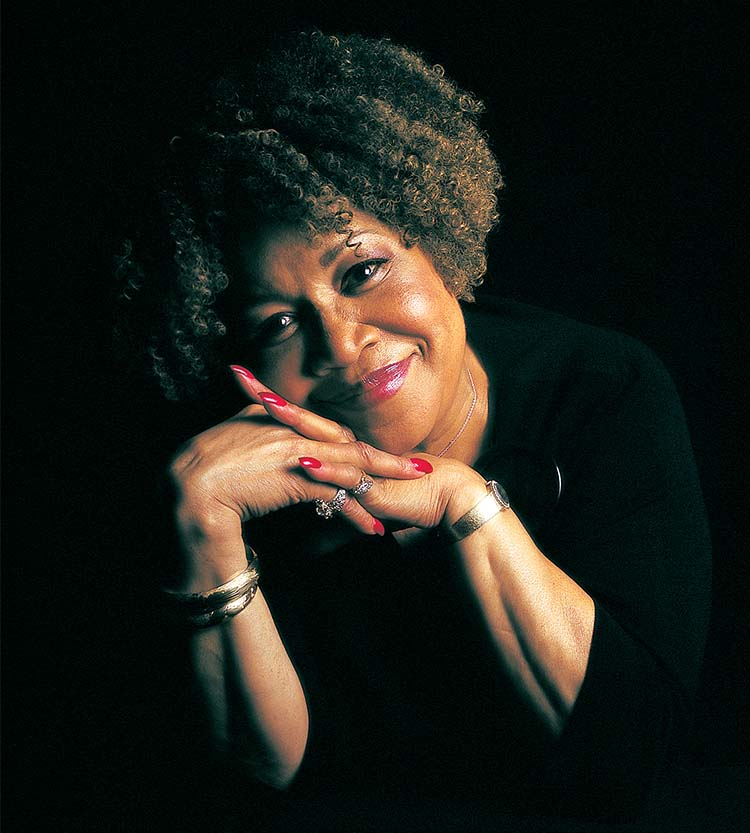 “One of America’s defining voices of freedom and peace” –NPR

“One of the greatest soul singers of the last half-century.” --Chicago Tribune

“A constant delight…She mixes contemporary spiritual tunes with soul and R&B, endowing each with tremendous emotional depth. Among the finest singers in modern American music.” --Billboard

“Relentlessly classy…Staples has one of the most powerful and distinctive voices that soul or gospel has ever produced…(Her music) surges with an earthy sensuality while reaching for heavenly transcendence.” --Chicago Sun-Times

Soul and gospel legend Mavis Staples possesses one of the most recognizable and treasured voices in contemporary music. From her early days sharing lead vocals with her groundbreaking family gospel group, The Staple Singers, to her storied solo recordings, Mavis Staples is an inspirational force in modern popular culture and music. A veteran of the music scene for over 40 years--a Rock And Roll Hall Of Fame inductee and included on VH1's list of 100 Greatest Women of Rock and Roll--Staples (with The Staple Singers and on her own) is responsible for blazing a rhythm & blues trail while never relinquishing her gospel roots, influencing artists from Bob Dylan to Prince (who dubbed her "the epitome of soul") in the process. Appearances alongside everyone from the Reverend Dr. Martin Luther King, Jr. to Bill Cosby to Presidents Kennedy, Carter and Clinton to musicians Janis Joplin, Pink Floyd, Santana and Tom Petty & The Heartbreakers and recording sessions with Bob Dylan, Los Lobos, Aretha Franklin and so many others barely scratch the surface of her accomplishments.

Her new Alligator Records debut CD, Have A Little Faith, is a stirring collection of uplifting, gospel-rooted songs deeply seated in Staples’ faith and spirituality. Produced by Jim Tullio and Staples, the album features the strongest collection of material--both originals and interpretations--Mavis has ever assembled. Have A Little Faith takes listeners deep into the heart of the singer Vibe magazine called "one of pop’s most distinctive voices."

Of the new CD, Staples says, "This album is what I am now. The songs fit each other like a glove. These are the type of songs we sang down through the years-positive songs, informative songs, songs that help people through their lives. I listen to the CD and I get excited all over again, because I’m telling some very positive and uplifting stories in these songs, and that’s what I’‘ve always been about--being able to help someone along the way."

According to Alligator Records president Bruce Iglauer, Staples is a natural fit for the label. "Mavis Staples’ voice is one of the best known and best loved sounds in American music. Her soul and R&B recordings are infused with the spirit of gospel music, and her gospel recordings with The Staple Singers helped create the sound of 60’s soul music. I’m absolutely thrilled to bring this marvelously talented musical icon to Alligator."

And Mavis is equally happy to be with Alligator Records, known worldwide as the leading contemporary blues label. "Blues and gospel are cousins," she says. "They’re very closely related. Both styles of music lift you up from what’s keeping you down."

Born in Chicago in 1940, Mavis began her career with her family group, The Staple Singers, in 1950. Initially singing locally at churches and appearing on a weekly radio show, the Staples scored a gigantic hit in 1956 with Uncloudy Day for the VeeJay label. Upon Mavis’ high school graduation in 1957, The Staple Singers took their music on the road. Led by family patriarch Roebuck "Pops" Staples and including Mavis and siblings Cleo, Yvonne and Pervis, the Staples were often referred to as "God’s Greatest Hitmakers."

With prodding from Mavis, the Staples evolved from enormously popular gospel singers (with recordings on United, Riverside and VeeJay) to become the most spectacular and influential spiritually-based group in America. By the mid-1960’s The Staple Singers, inspired by their close friendship with Dr. Martin Luther King, Jr., became the spiritual and musical voices of the civil rights movement (according to Pops, "If Dr. King could preach it, we can sing it.").

The Staple Singers covered contemporary pop hits with positive messages, including many Bob Dylan songs and a version of Stephen Stills’ For What It’‘s Worth. The Staples sang "message" songs like Long Walk To D.C. and When Will We Be Paid?, bringing their moving and articulate music to an enormous number of young people. The group signed to Stax Records in 1968, joining together their gospel harmonies and deep faith with musical accompaniment from members of the Muscle Shoals Rhythm Section. The Staple Singers hit the Top 40 eight times between 1971 and 1975, including two #1 singles: I’‘ll Take You There and Let’‘s Do It Again. Now a long ways from their early roots as a pure gospel group, The Staple Singers were bona fide pop stars.

Mavis Staples recorded her first solo album for the famed Stax label in 1969. After another Stax release, Only For The Lonely, in 1970, she released a soundtrack album, A Piece Of The Action, on Curtis Mayfield’s Curtom label. A 1984 album (also self-titled) preceded two albums under the direction of rock megastar Prince: 1989’s Time Waits For No One, followed by 1993’s The Voice. Her most recent release, 1996’s Spirituals & Gospel: A Tribute To Mahalia Jackson, is a moving song cycle honoring Jackson, a very close family friend.

During her career Staples has appeared in many films and television shows, including The Last Waltz, Graffiti Bridge, Wattstax, New York Undercover, Soul Train, and The Cosby Show. Her music has been sampled by some of the biggest selling hip-hop artists, including Salt 'N' Pepa, Ice Cube and Ludacris. Mavis has recorded with a wide variety of musicians, from her close friend Bob Dylan (with whom she was nominated for a 2003 Grammy© Award in the "Best Pop Collaboration With Vocals" category for their duet on Gotta Change My Way Of Thinking from the album Gotta Serve Somebody--The Gospel Songs Of Bob Dylan) to The Band, Ray Charles, Nona Hendryx, George Jones, Natalie Merchant, Ann Peebles, Delbert McClinton and many others. She has provided vocals on current albums by Los Lobos and Dr. John, and she appears on recent tribute albums to Johnny Paycheck, Stephen Foster and Johnny Cash.

Now, with Have A Little Faith, Mavis Staples is building on a family tradition of joining gospel fervor with shades of soul and R&B. Her importance in both the music world and as a driving force of social change makes her a true icon-an artist who continues to create music that will inspire a whole new generation of people to have faith in the healing and uplifting power of her remarkable gift. 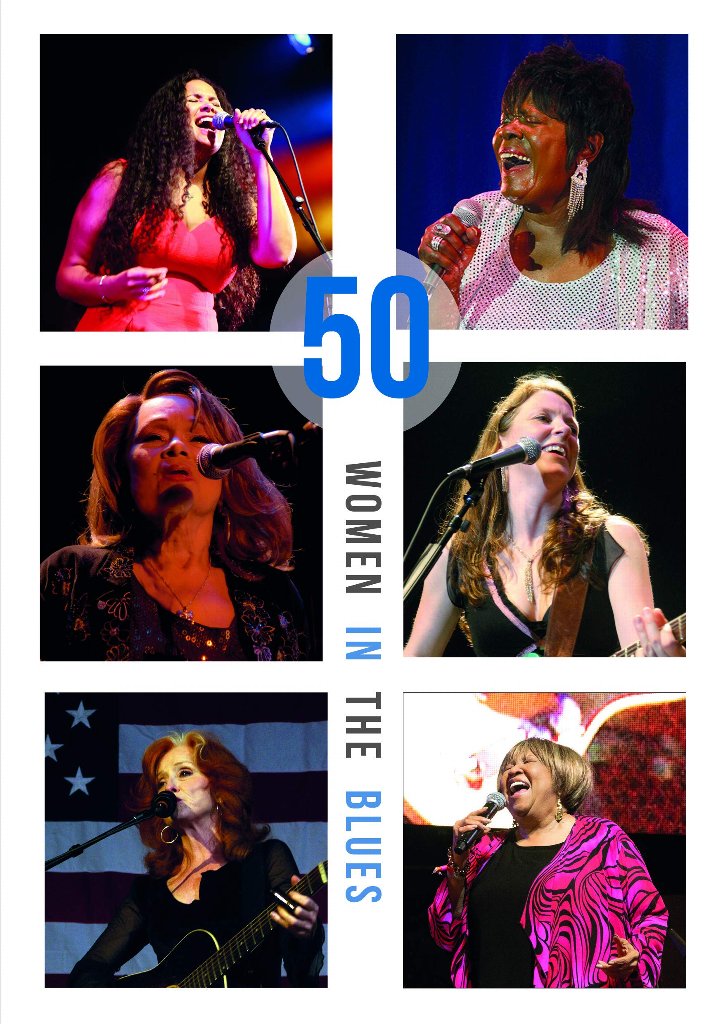 50 Women In The Blues HARDCOVER BOOK 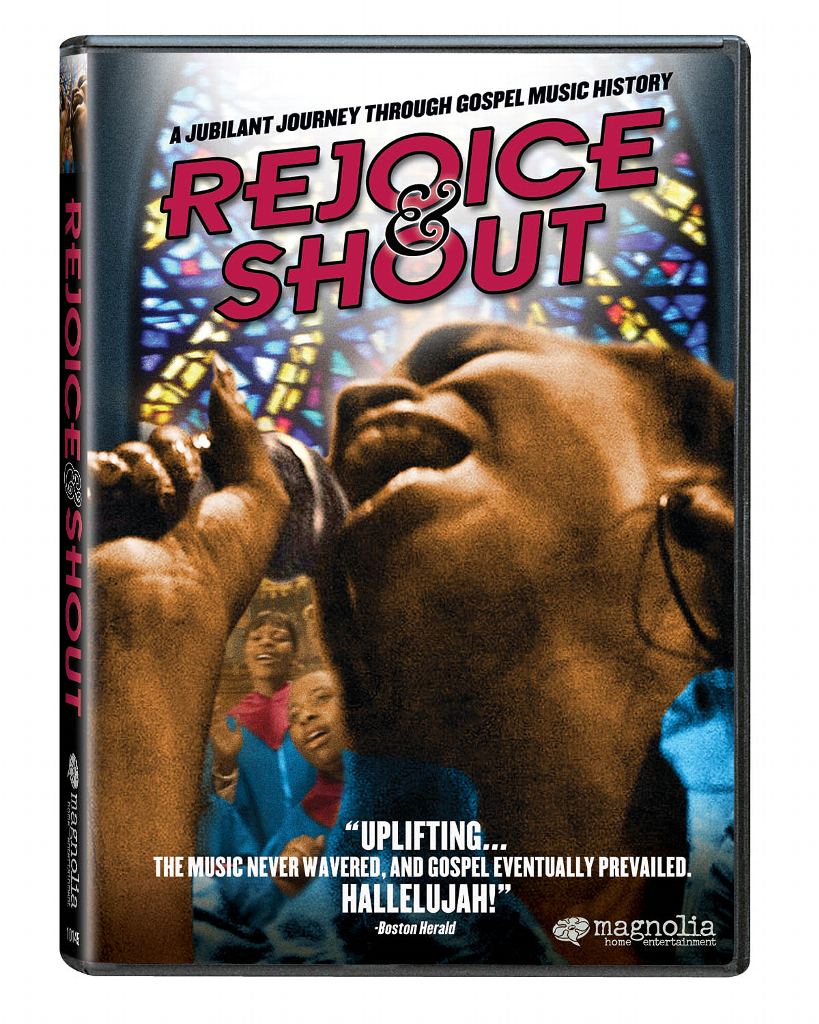 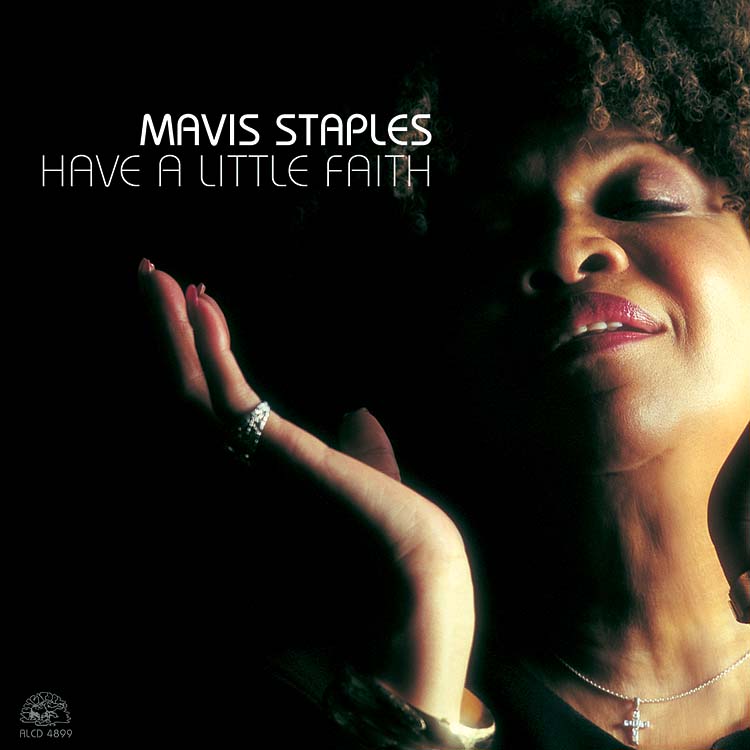 Mavis Staples
Have A Little Faith