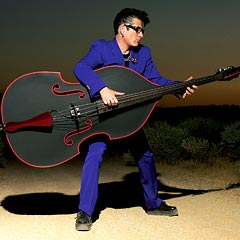 Since the release of his Alligator debut, Racin’ The Devil, bassist/vocalist/songwriter (and Stray Cats co-founder) Lee Rocker’s solo career has been skyrocketing. Publications from USA Today to Billboard and The New York Times raved about the undeniable power and foot-stomping fun of Rocker’s Americana-based roots rock. OffBeat declared, “What’s most satisfying about Lee Rocker is his ability to graft classic Sun licks and shuffles onto Americana. He bridges the gap between Bruce Springsteen and Hank Williams, Sr.” Bass Player magazine simply said, “He absolutely kills.” Lee’s live shows, fueled by his barnstorming, rocking band, grow wilder each night out. And now, on the heels of the national Stray Cats 2007 summer reunion tour, Lee Rocker is back with his second Alligator album, Black Cat Bone.

In the early 1980s, Rocker, with The Stray Cats, helped reintroduce rockabilly to a mass audience. His solo recordings continue igniting the roots music fire. Rocker’s powerful, original songs, amazing musicianship, and passionate and vibrant vocals, bring depth and substance to a style of music noted for its ability to get people up and dancing. And when Lee and his band perform live, they leave audiences begging for more.
With musical muscle from his road-tested band (guitarists Brophy Dale and Buzz Campbell, and drummer Jimmy Sage) Black Cat Bone is an amazing collection of ten Rocker originals (with one co-written with guitarist Brophy Dale), one song by guitarist Buzz Campbell, and reinvented covers from Bob Dylan (One More Night) and Leon Payne (Lost Highway, made famous by Hank Williams). The CD’s scorching rockabilly, roadhouse romps and straight-ahead, old-school rock ‘n’ roll, create by far the strongest set of songs of Rocker’s solo career.

Born Leon Drucker in Massapequa, Long Island in 1961, to world-renowned classical musician parents, Rocker grew up with music all around him. His father, Stanley, is a Grammy-nominated clarinetist with the New York Philharmonic. His mother, Naomi, teaches music at Hofstra University. So coming to a career in music was an easy choice for Rocker, whose family listened to jazz, blues, and rock while he was growing up.
Rocker began taking classical cello lessons at age eight and initially hated them. As his ears widened into rock ‘n’ roll, he picked up the electric bass, and quickly mastered the instrument. During grade school, his close friends included Jimmy McDonnell (later to become Slim Jim Phantom) and Brian Setzer. The three jammed together often, playing a wide variety of rock ‘n’ roll, before discovering classic blues musicians like Muddy Waters and rockabilly giants like Carl Perkins. Rocker picked up the acoustic bass to emulate the sounds he heard on those records, and the band began playing more and more roots music. By 1979, this trio, now known as The Stray Cats, began to single-handedly revive rockabilly music in the U.S. and, eventually, around the world.

Adding a contemporary punk attitude to traditional slap-bass, twangy guitar and drums, The Stray Cats headlined famous New York haunts like CBGB’s and Max’s Kansas City, drawing overflow crowds every time they played. They moved to London in 1980 and became an even bigger success, even attracting The Rolling Stones to their shows. The fever-pitch excitement caused a major bidding war between record labels. The group’s first American album, 1982’s Built For Speed, became a huge hit, and held the #2 spot on the Billboard chart for 26 weeks, right behind Michael Jackson’s Thriller.

Non-stop touring took its toll on the band. By 1984 the group was exhausted and decided to call it quits, at least for a while. But the furious touring of the early 1980s turned Rocker into one of the best showmen working in any genre. According to the Orange County Weekly, “there has never been a rock ‘n’ roll bass player more fun to watch in concert than Lee Rocker.”

In 1985 Rocker and Phantom hooked up with ex-David Bowie guitarist Earl Slick to form Phantom, Rocker & Slick. They had a minor hit with Men Without Shame. The Stray Cats reformed in 1986, but didn’t stay together very long. Rocker, though, kept on rocking, as he befriended and collaborated with his hero Carl Perkins as well as with Dave Edmunds, Ringo Starr, Eric Clapton, George Harrison, Jeff Beck and Willie Nelson.
Rocker’s solo career took off in 1994 with the release of Big Blue and in 1995 with Atomic Boogie Hour, both on Black Top Records. Four more releases followed on a variety of labels, and Rocker toured relentlessly, becoming one of the premiere Americana/rockabilly/roots artists in the U.S. and Europe. In 2002, he toured the U.S. with ex-Elvis Presley guitarist Scotty Moore. His 2003 CD Bulletproof found a large and appreciative audience, as he continued to perform all around the country. That same year, The Stray Cats reunited for an 18-city tour of Europe, culminating in a filmed show at London’s Brixton Academy. The show was released on DVD as Rumble In Brixton in 2004.

Now, with Black Cat Bone, Rocker returns with the most rock solid album of his career. With his band rocking, rolling, and burning behind him, Rocker’s bass, vocals and songs take everything to wild new heights. Song after heart-pounding song, Lee Rocker is raising the stakes, and will hit the road hard to prove it. Blues Revue declared, “Lee Rocker makes music as vital, as exciting, and as propulsive as a shiny new sports coupe.” With his new CD, his non-stop tour dates – not to mention the national visibility he will get this summer during the 2007 Stray Cats tour – this legendary musician and his blistering band will continue to rip it up and rock it out all around the world. 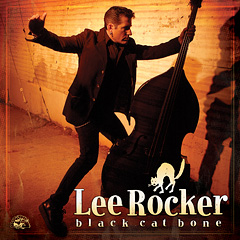 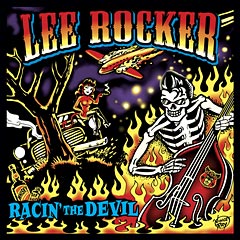 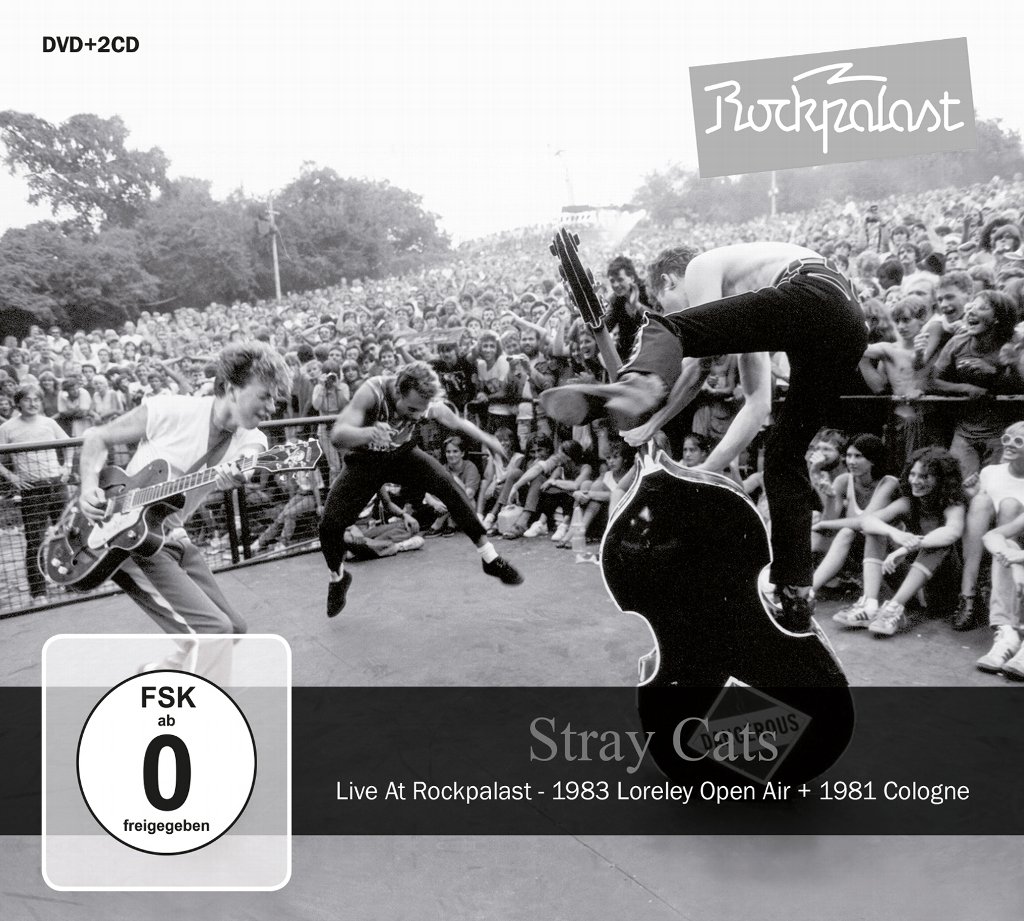